On summer nights, this is one of the liveliest spots in Brno

The square, often simply called Jakubák, serves as the centre of Brno’s social life, with its pulsating, cosmopolitan atmosphere, enlivened by a number of gastropubs, restaurants, cafés, and bars that attract both locals and visitors from all over the world. In summer, the area behind the church is packed with people either standing or sitting on the pavement, and almost always enjoying a refreshing beverage. Kostel sv. Jakuba (the Church of St James), with its 94-metre tower, is one of the most valuable sites of the Late Gothic era in the Czech Republic. Its three naves, with majestic columns and beautiful vaults, hold a number of Renaissance and Baroque tombstones of Brno citizens, including Jean-Louis Raduit de Souches, who defended Brno during the Thirty Years’ War when it was besieged by the Swedish army. Another architectural sight is the functionalist Kavárna Savoy (Savoy Café). From the square, you can also enter the Brno Kostnice u sv. Jakub (the Ossuary at the Church of St James), the second-biggest in Europe after the catacombs of Paris. 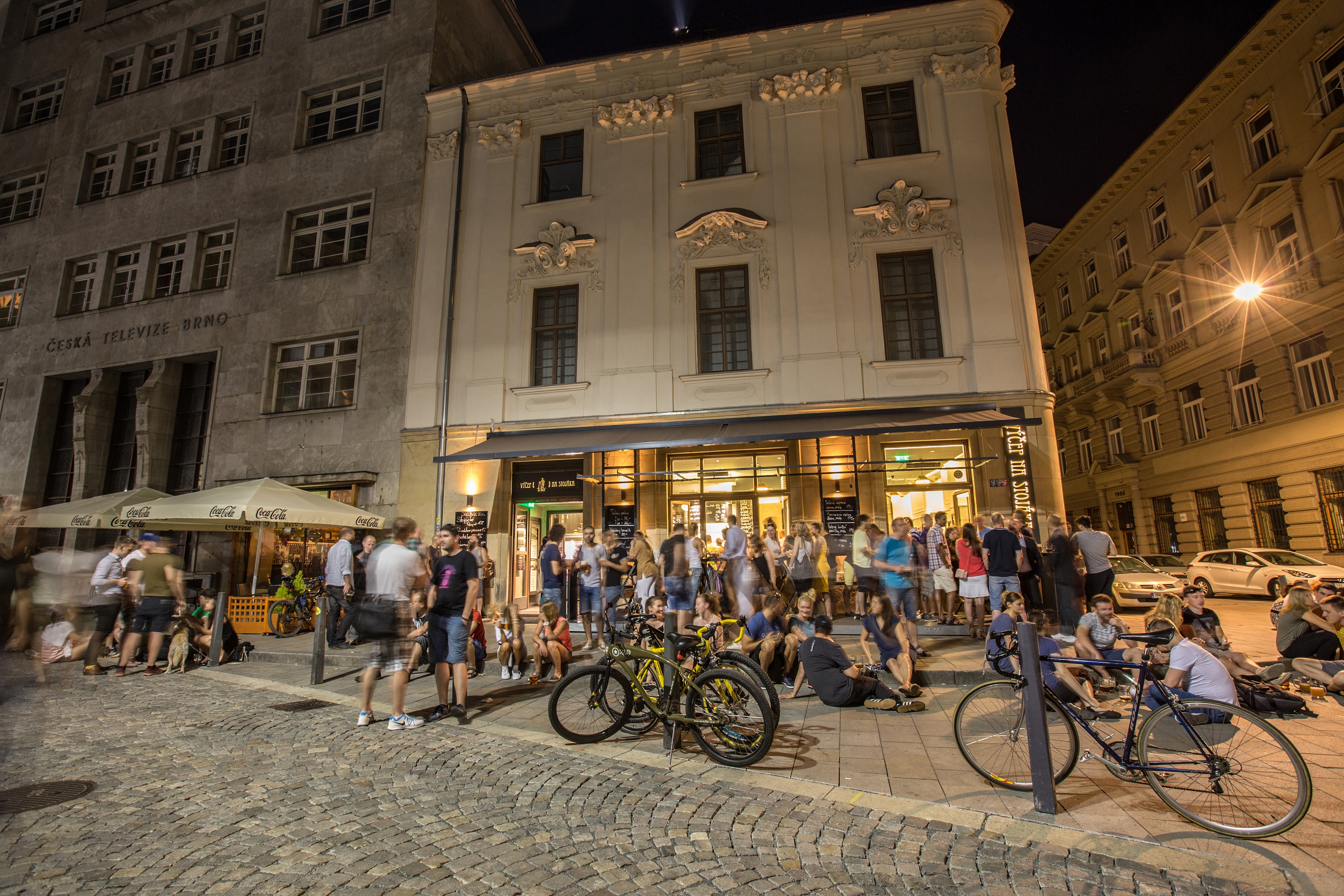 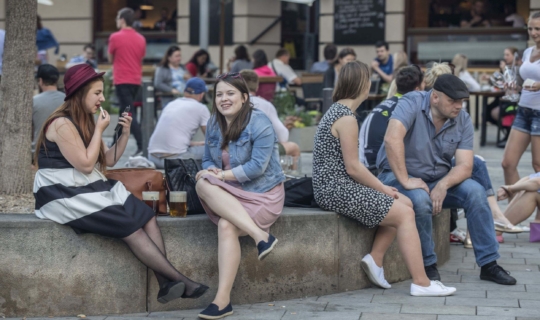 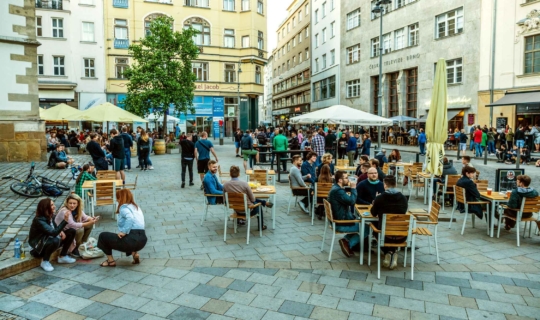 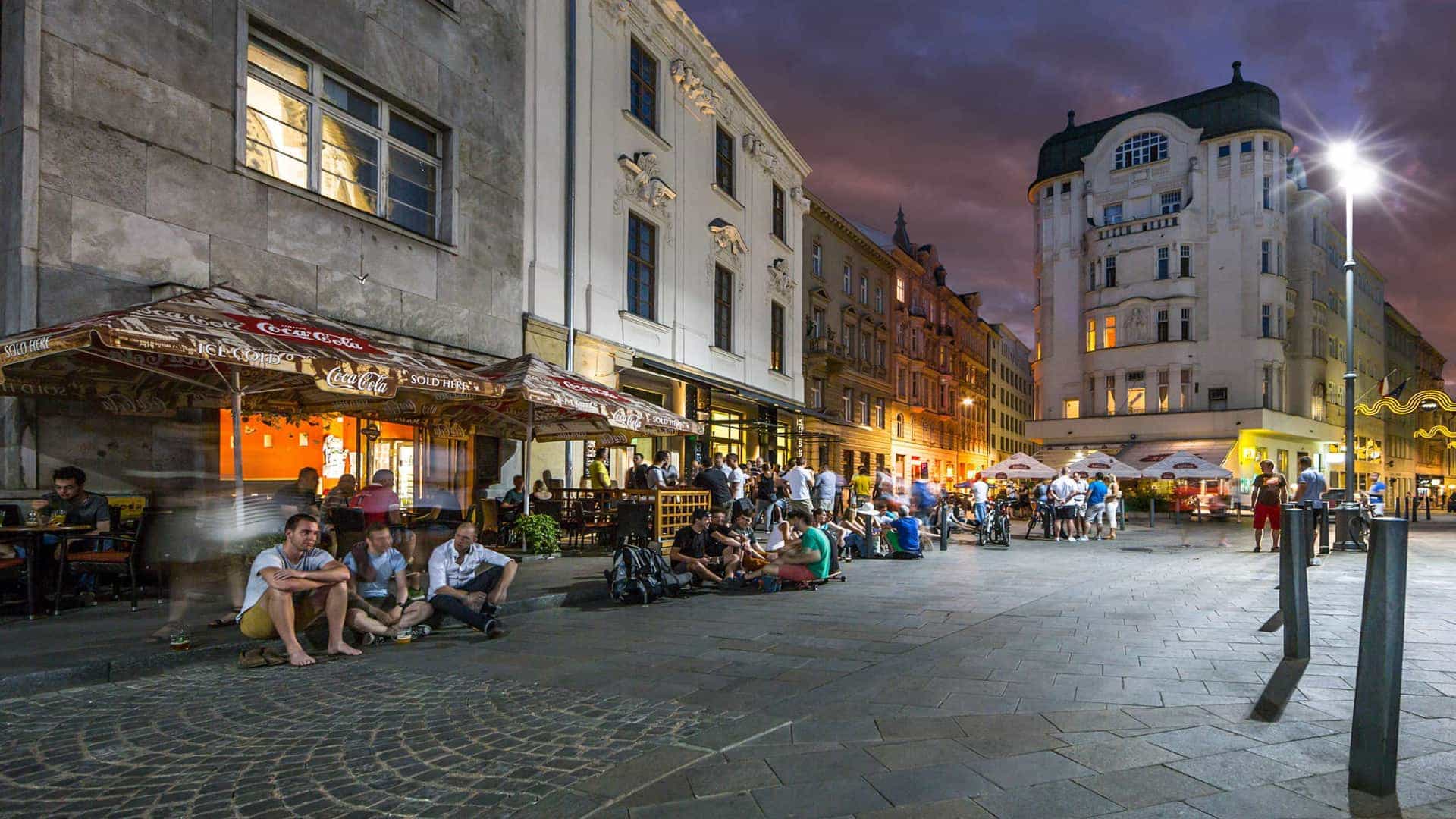 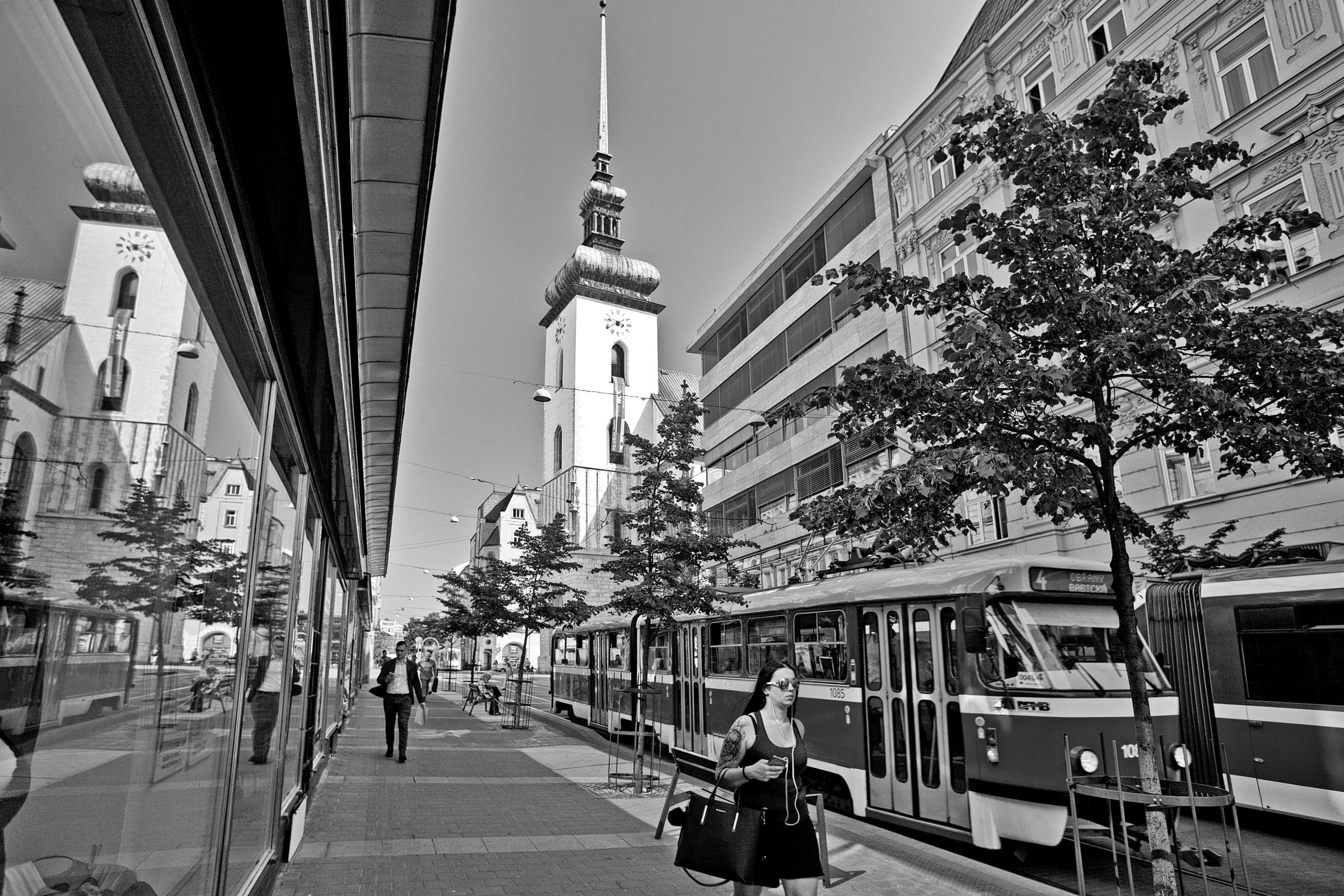 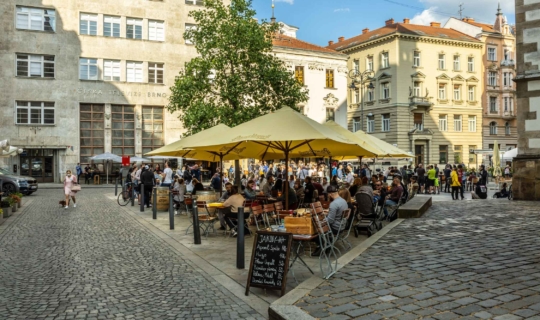 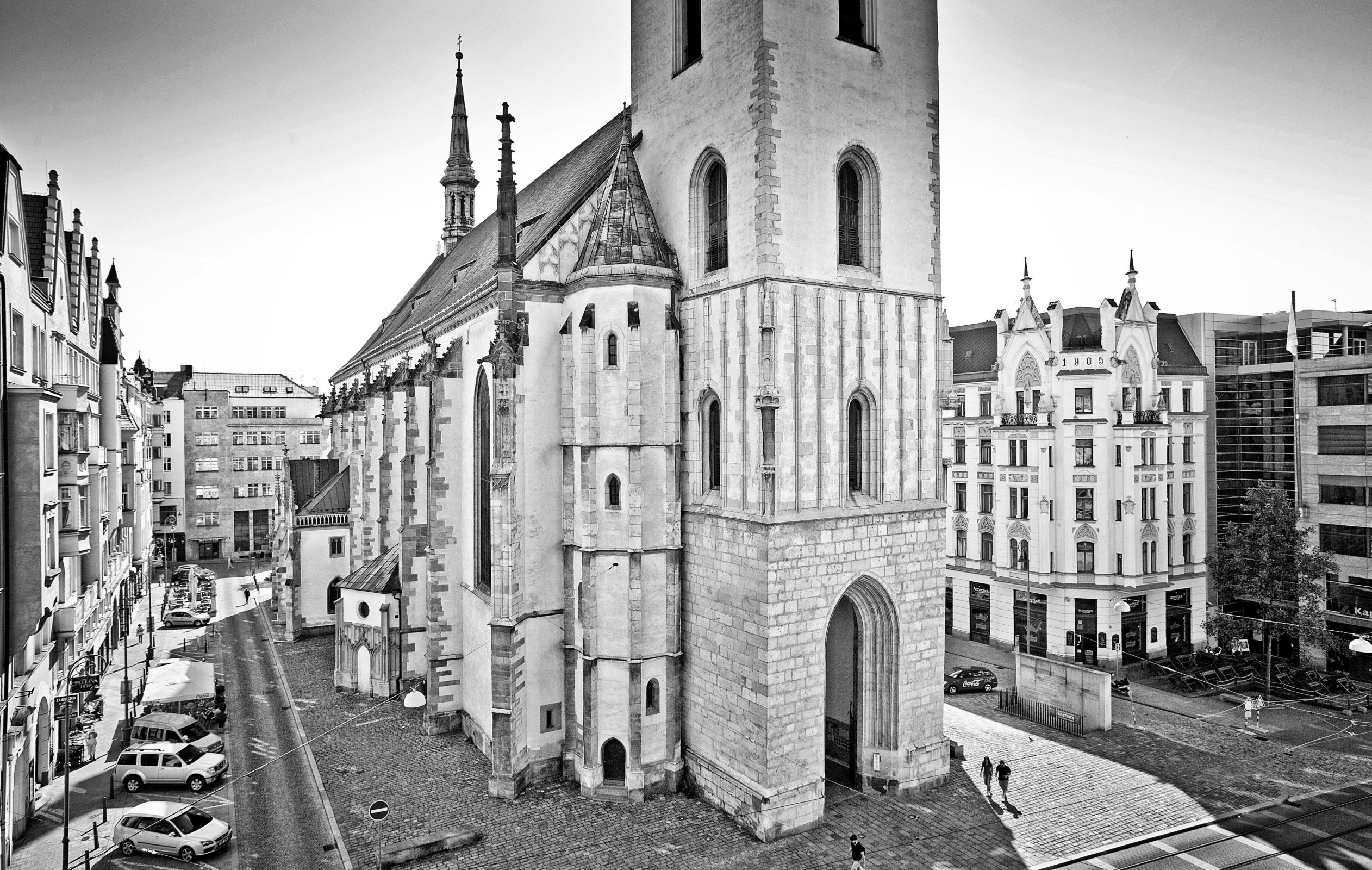 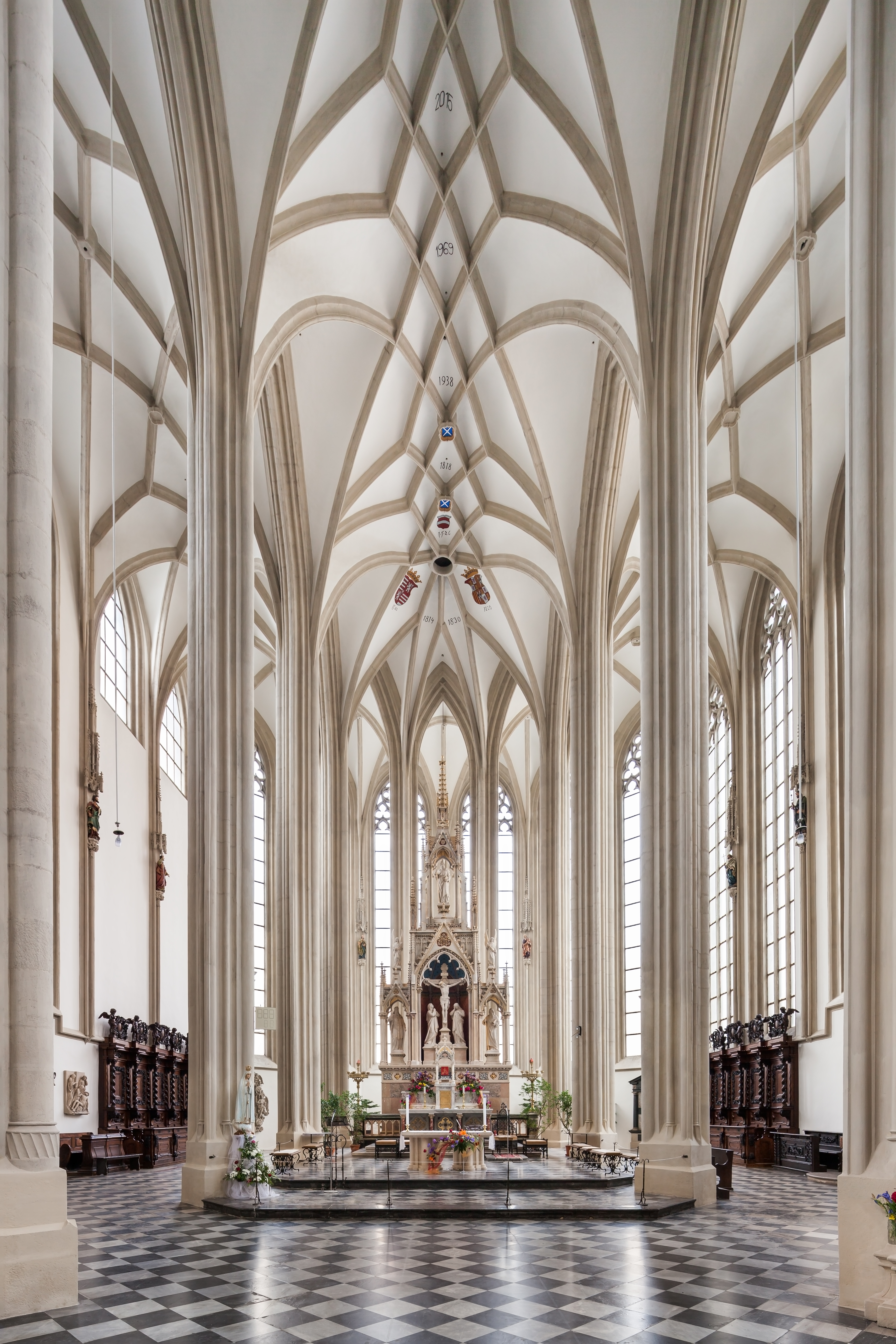 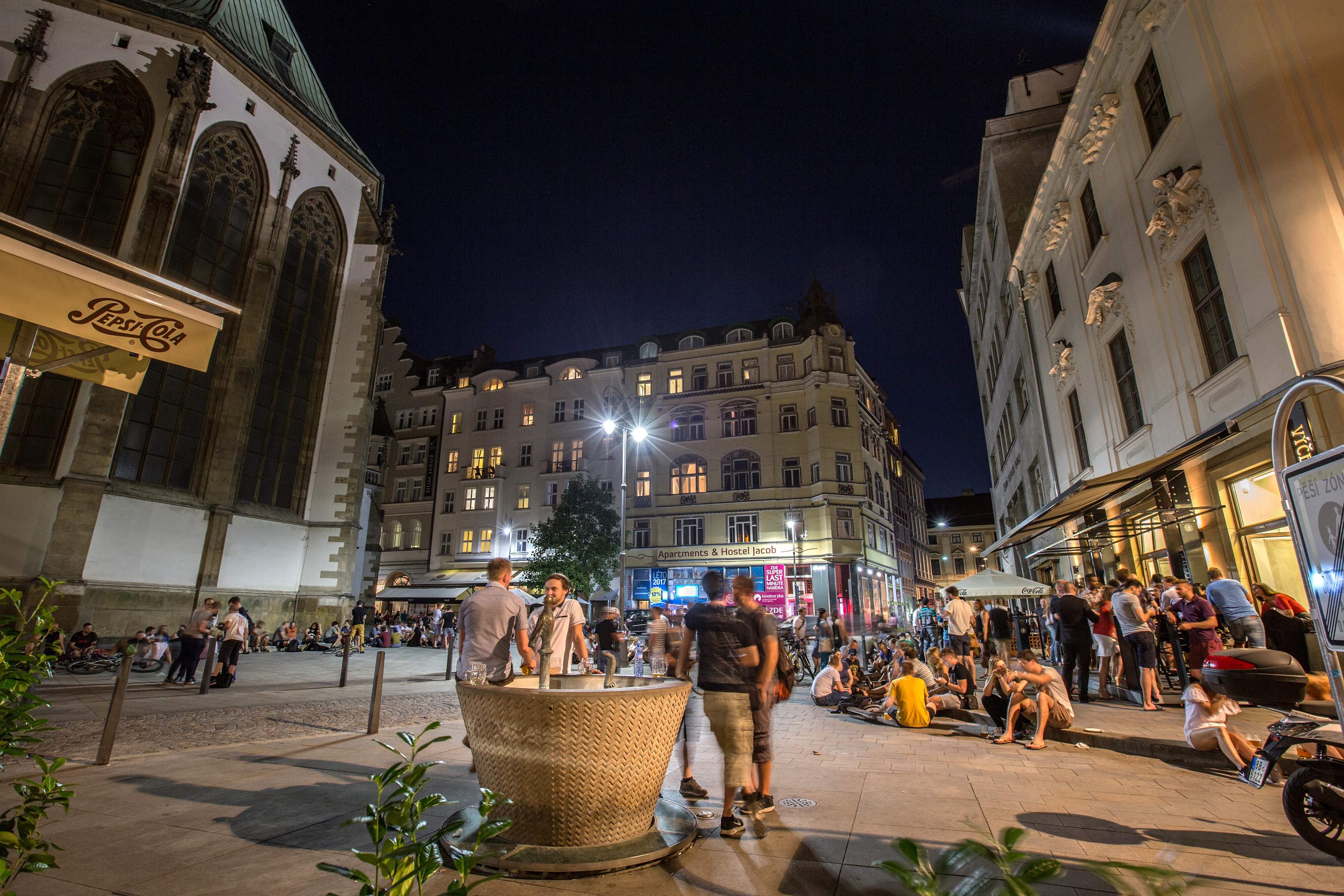 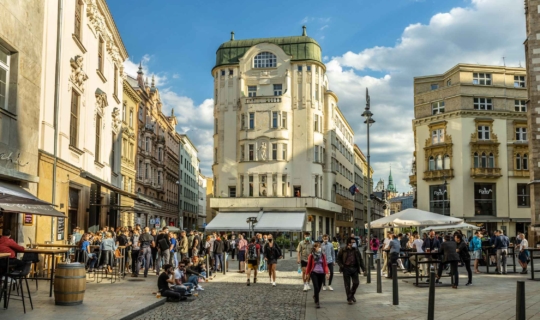 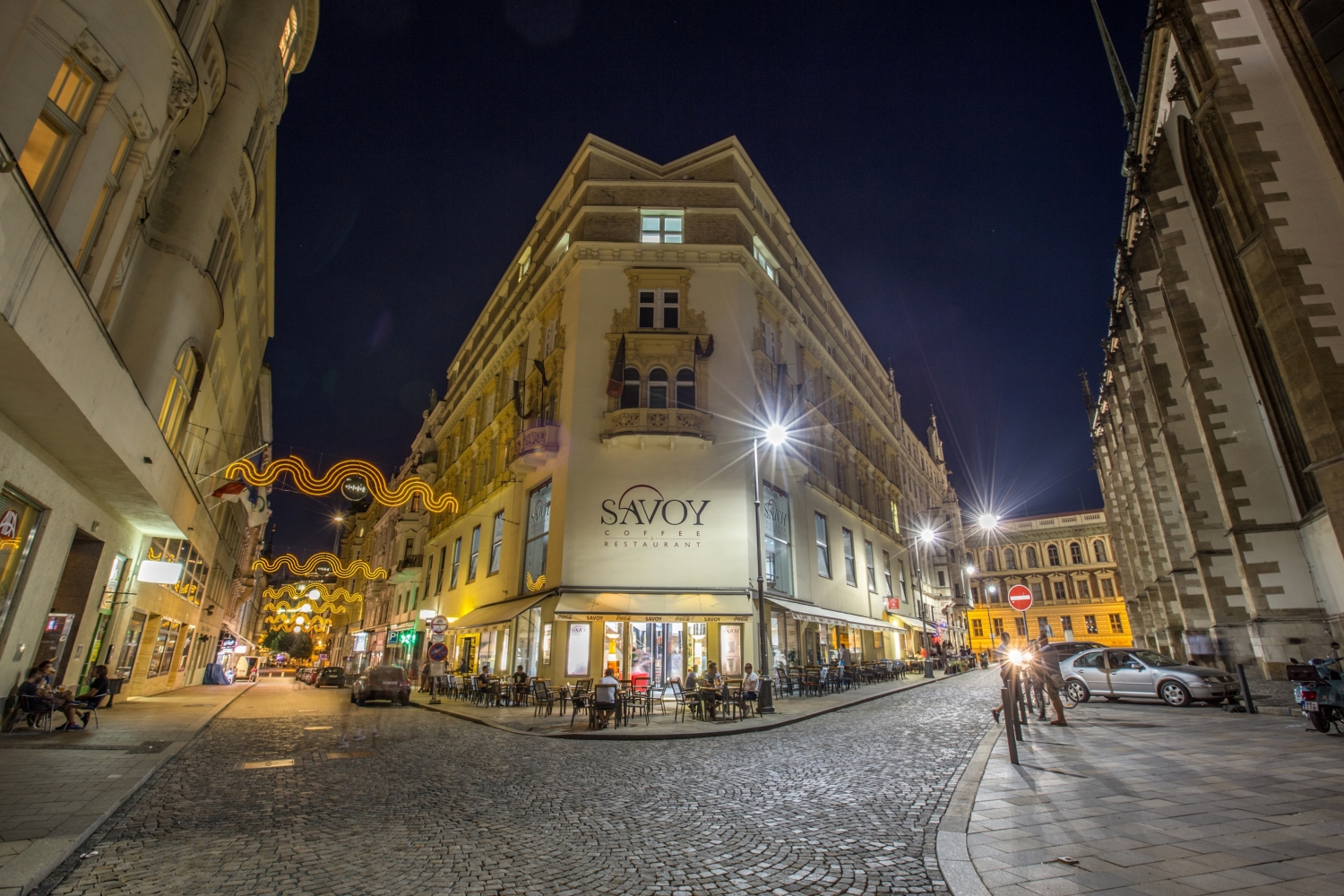 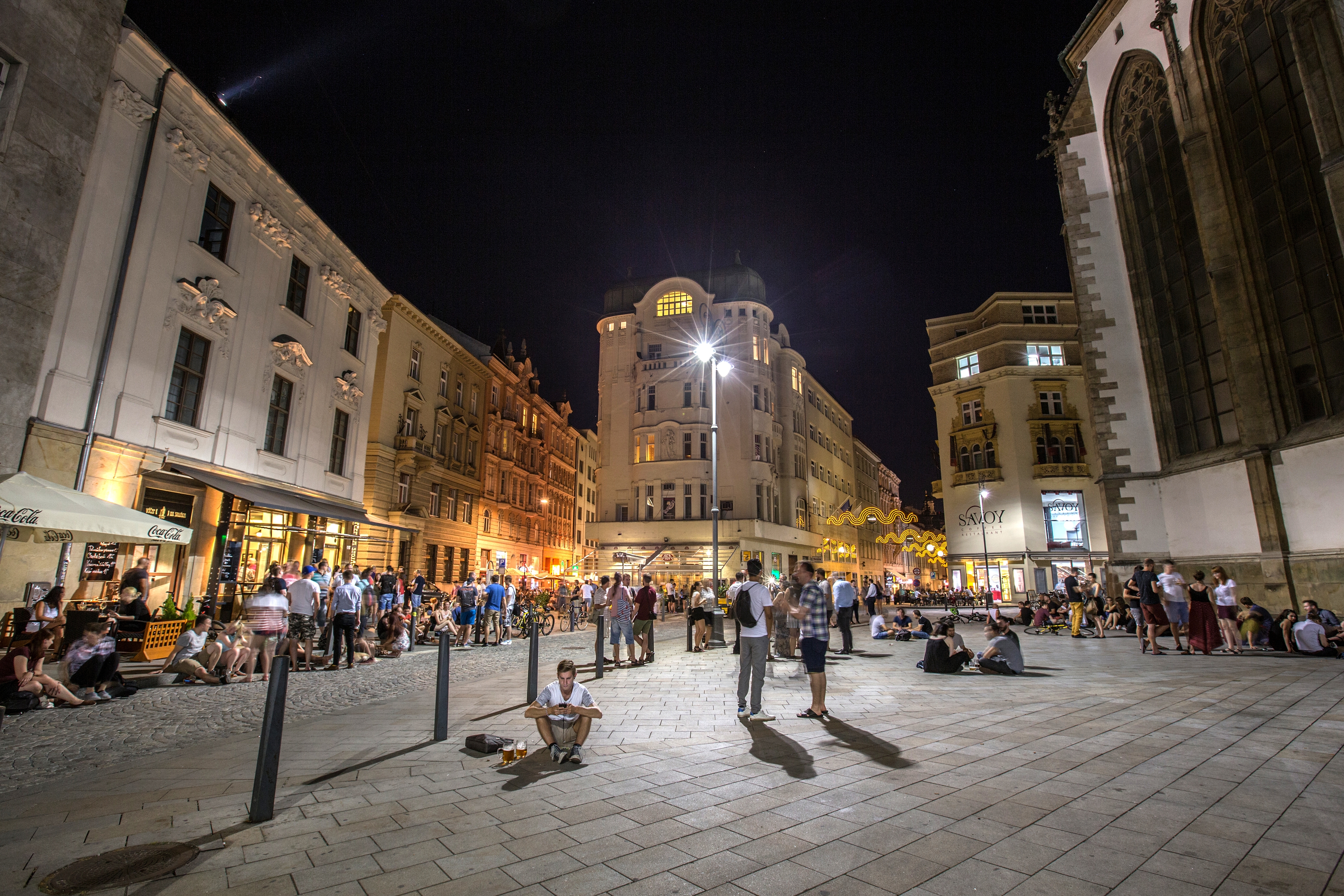 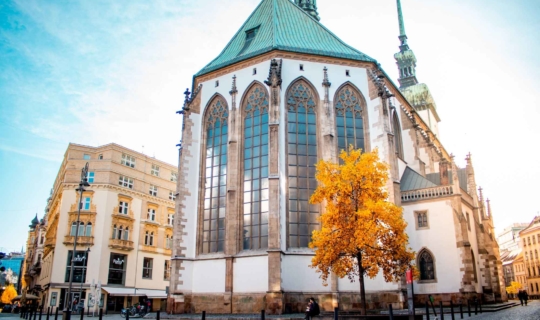