This sculpture depicting a man lifting a heavy block was installed on Moravské náměstí (Moravian Square) in 2010. Sculptor Marius Kotrba’s design was selected by an expert committee out of almost forty proposals. Like other sculptures in Brno, this one caused some controversy. One reason was that Kotrba abandoned the classic idea of justice as blind, and gave this symbol a new form. As he described his work: ‘Justice is a heavy, yet fragile thing. Supposedly, it’s in the hands of those who rule here on Earth. The character of Justice doesn’t rule, but struggles. It’s struggling hard, at first sight, but then it’s only holding the mass of the block lightly and keeping it in balance. The stream of water from below is sort of lifting the block, sometimes gently, other times strongly.’ The sculpture’s imperfectly sloped channel is a visible flaw, as the water springing from below the block misses the channel and creates a puddle.

Some local citizens have come up with rather unflattering nicknames for it, including ‘a distrainer confiscating someone’s washing machine’. 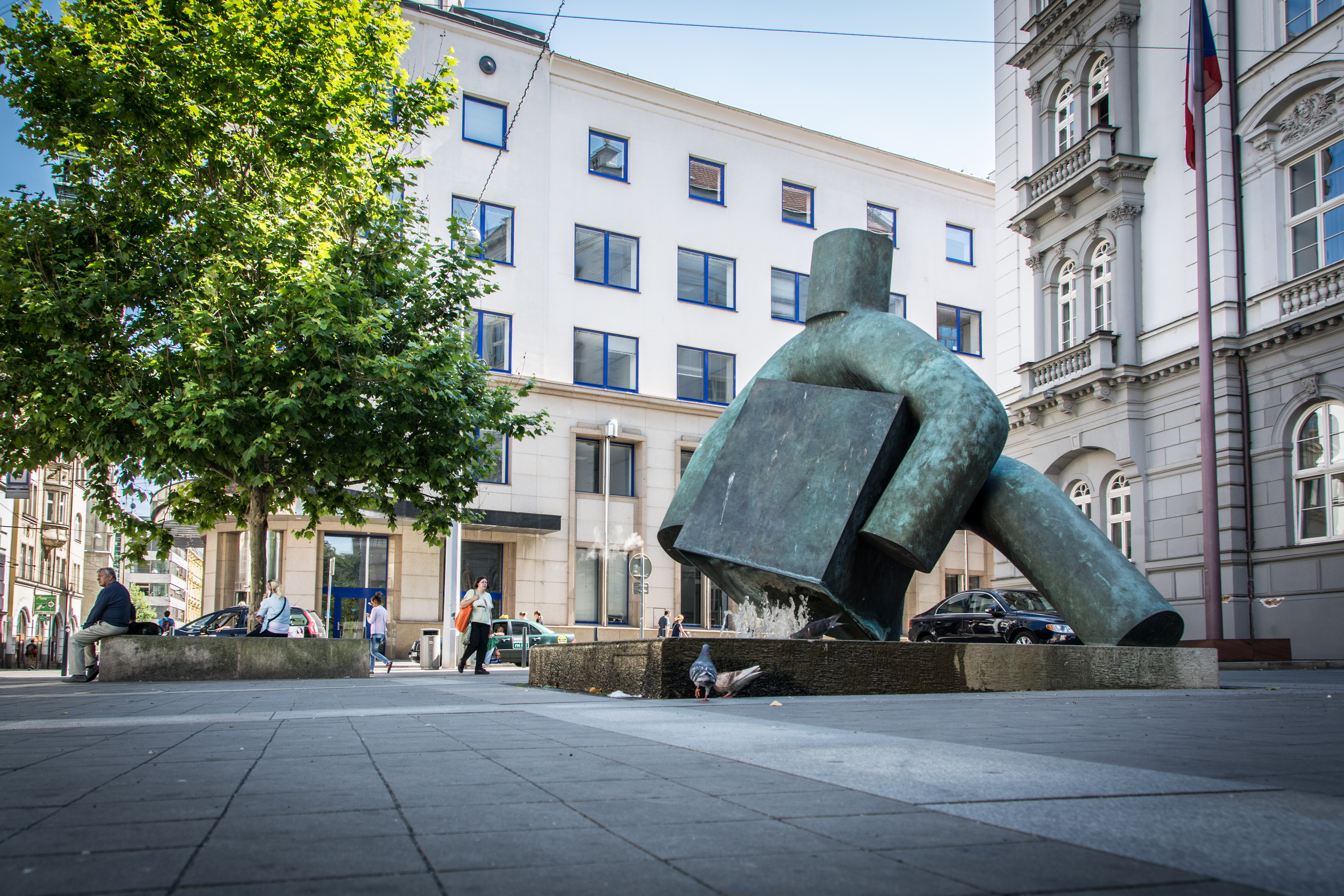 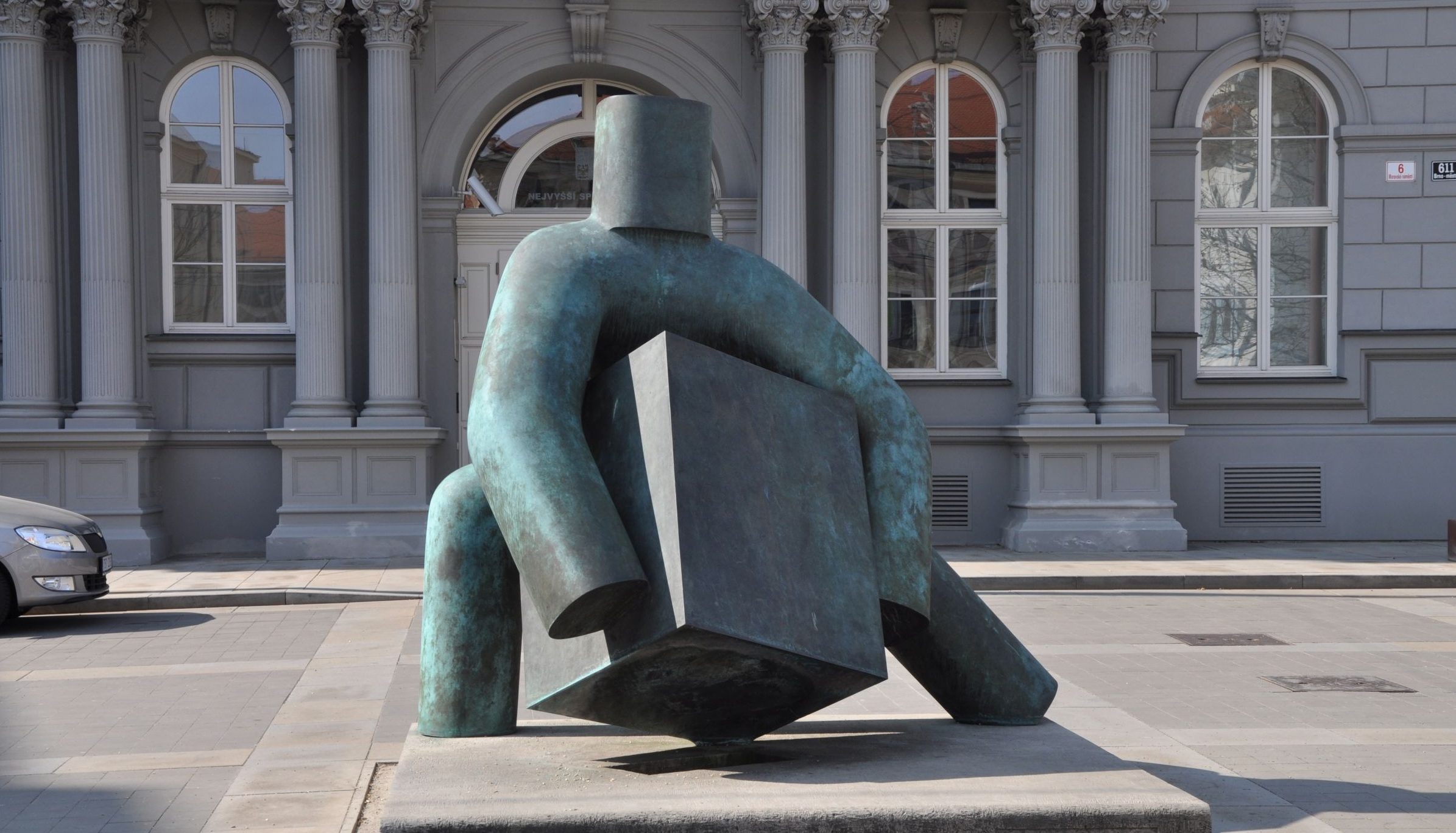 Tell your friends about statue of Justice!