An equestrian statue was originally planned for this location at Moravské náměstí (Moravian Square). The foundation stone was unveiled in 1946, but the general design was changed in 1948. The figural statue, called ‘The Victory of the Red Army over Fascism’ was ceremoniously unveiled in 1955 to mark the 10th anniversary of the liberation of Brno. The statue of a Red Army soldier, almost five metres high, stands on top of a monumental pedestal. His left hand is raised above his head in a symbolic gesture, intended to convey ‘Don’t shoot; lay down your arms, the fight for Brno has ended.’ In his right hand, the soldier holds a flag topped with a five-pointed star and a hammer and sickle. When unveiled, the statue was considered the best work of socialist realism in the whole Eastern bloc. In 1993, the plates with the text of the command to liberate Brno issued by Joseph Vissarionovich Stalin were removed from the pedestal. In 2012, the statue was disassembled and sent for repairs and renovation; it was returned to its original place in 2013. 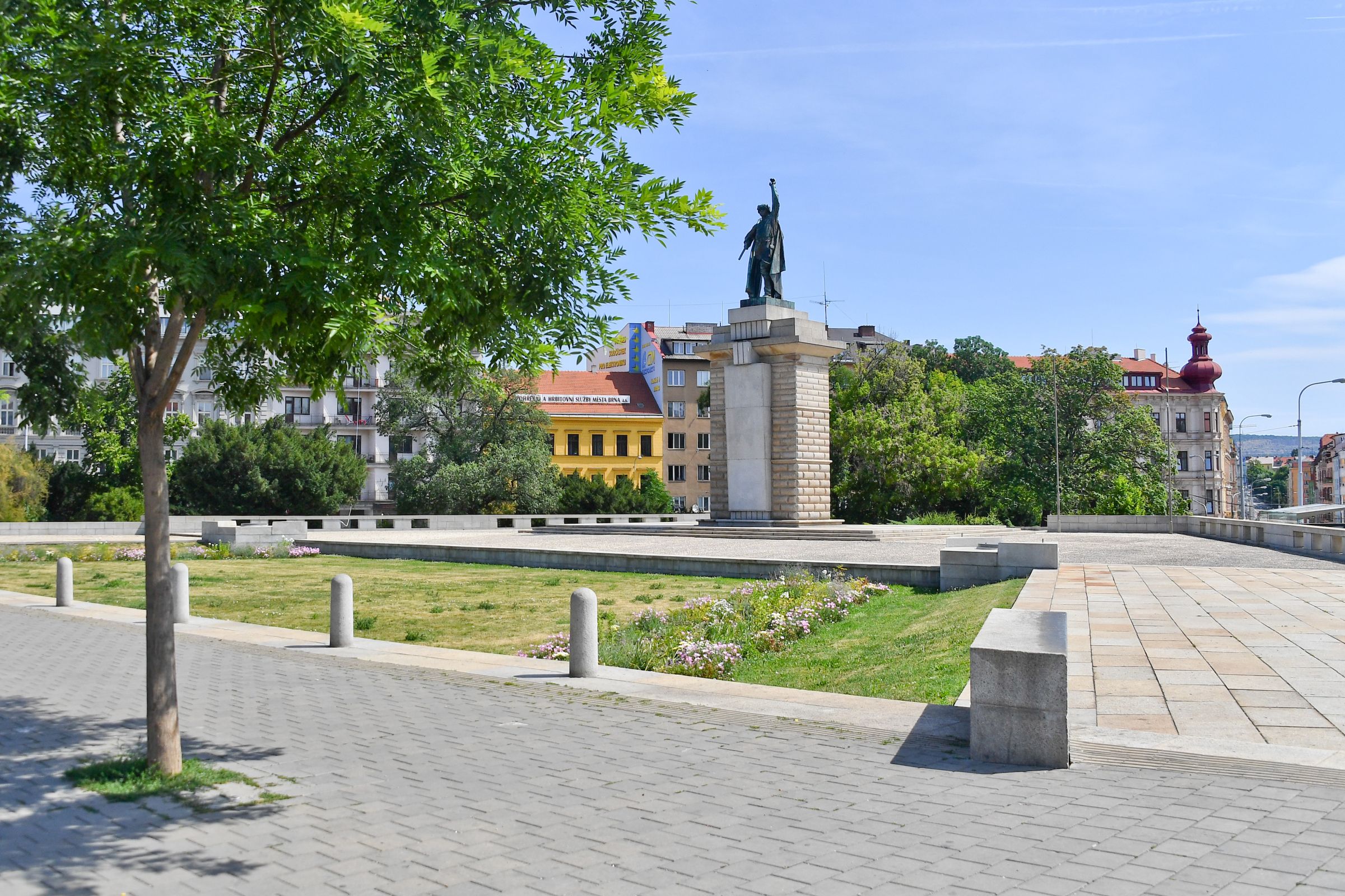 Tell your friends about statue of Red Army Soldier!