Space dedicated to victims of 20th-century wars and regimes

This memorial in Rooseveltova Street, unveiled in 2006, commemorates the heroism of those who made sacrifices in the fight against despotism, violence, and dictatorship during World War I and World War II and during the totalitarian Communist regime. The simple pyramid is made of bronze with raised text on one side. The three sides of the pyramid symbolise three historical periods.

Six different locations for the memorial were considered, including an honorary burial site at the central cemetery and the slopes of Špilberk Hill. Eventually, the area in front of the Regional Court of Brno was chosen as the most suitable. This building was Justiční palác (the Palace of Justice), where the trials of the opponents of totalitarian regimes took place. 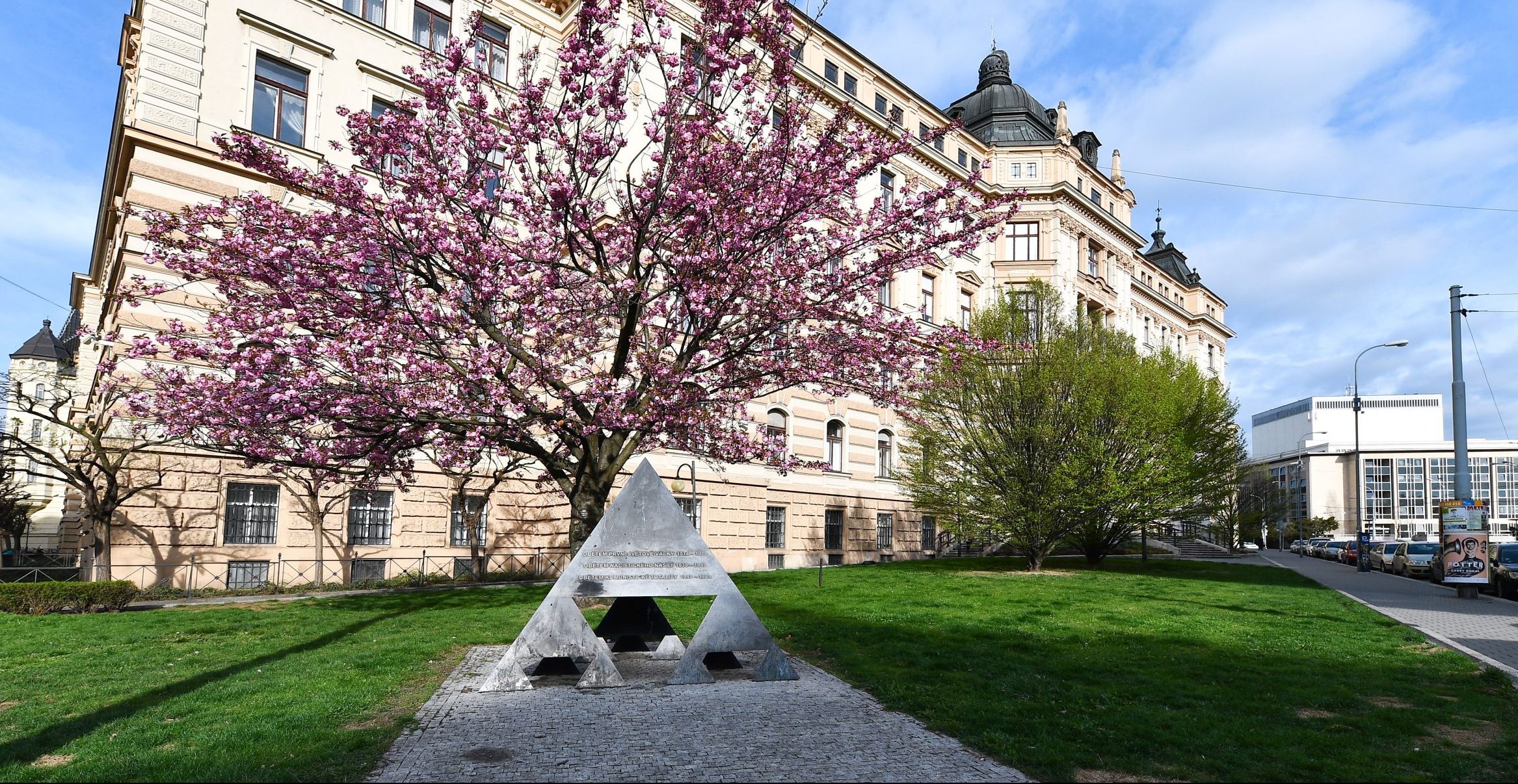 Tell your friends about Memorial of Three Resistance Movements!