The clock machine is Brno’s most controversial ‘sculpture’

This clock, made of polished black granite, was installed at náměstí Svobody (Freedom Square) in 2010. This unique object is almost six metres tall and its shape is supposed to evoke a gigantic bullet. According to its creators, it is a commemoration of the heroic defence of the city against the Swedish army during the Thirty Years’ War. It caused quite a controversy and earned some unflattering nicknames before it was even fully installed. One controversy is that even though there is a manual next to it, it is quite difficult to determine the exact time. However, it is easy to tell when it is almost 11 a.m., as that is when the clock releases a glass marble into one of its four holes.

As the hour approaches, this ‘astronomical clock’, as one of the more merciful nicknames goes, is regularly surrounded by dozens of people waiting for an unusual souvenir. On special occasions, the clock machine gives out the marbles every hour. 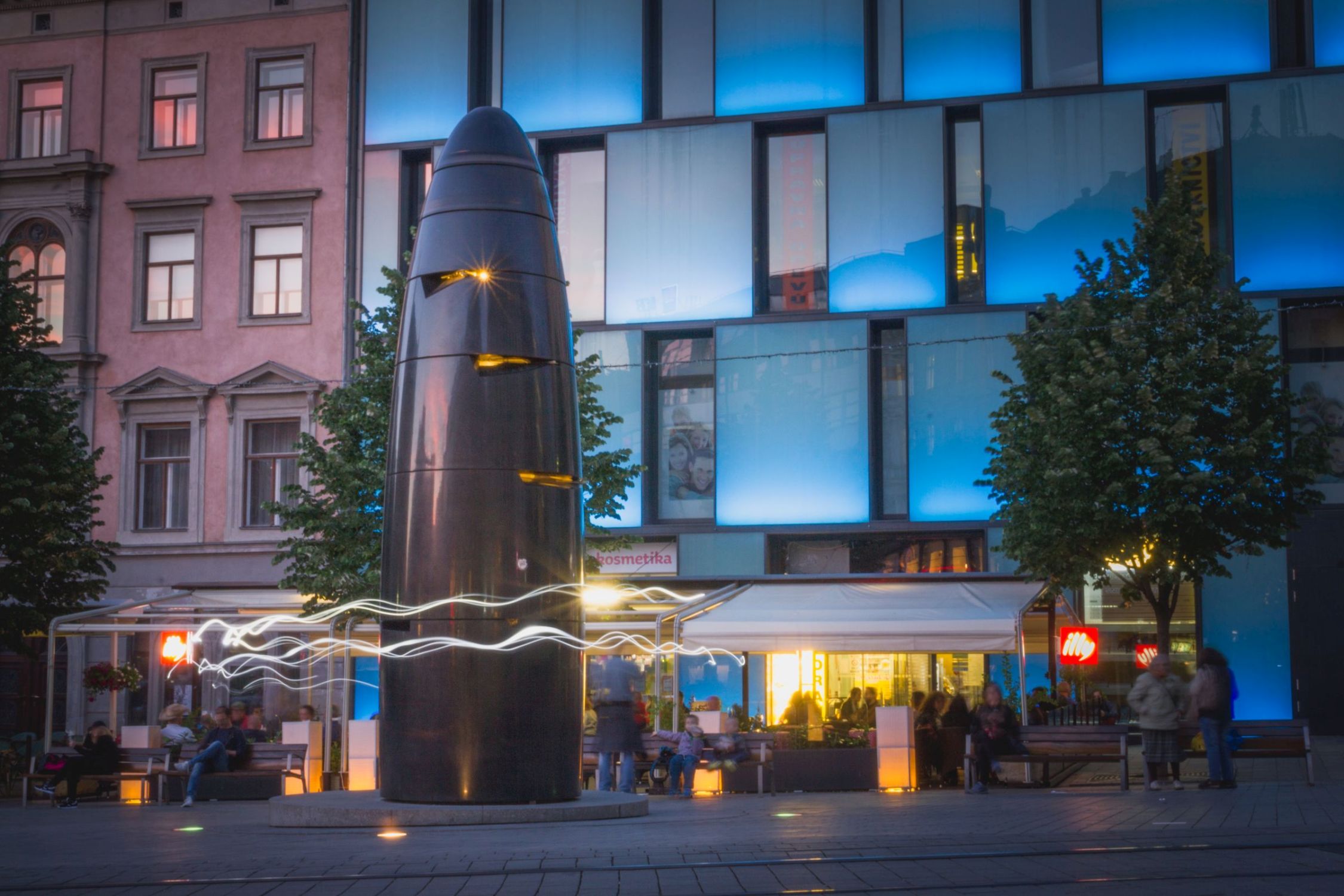 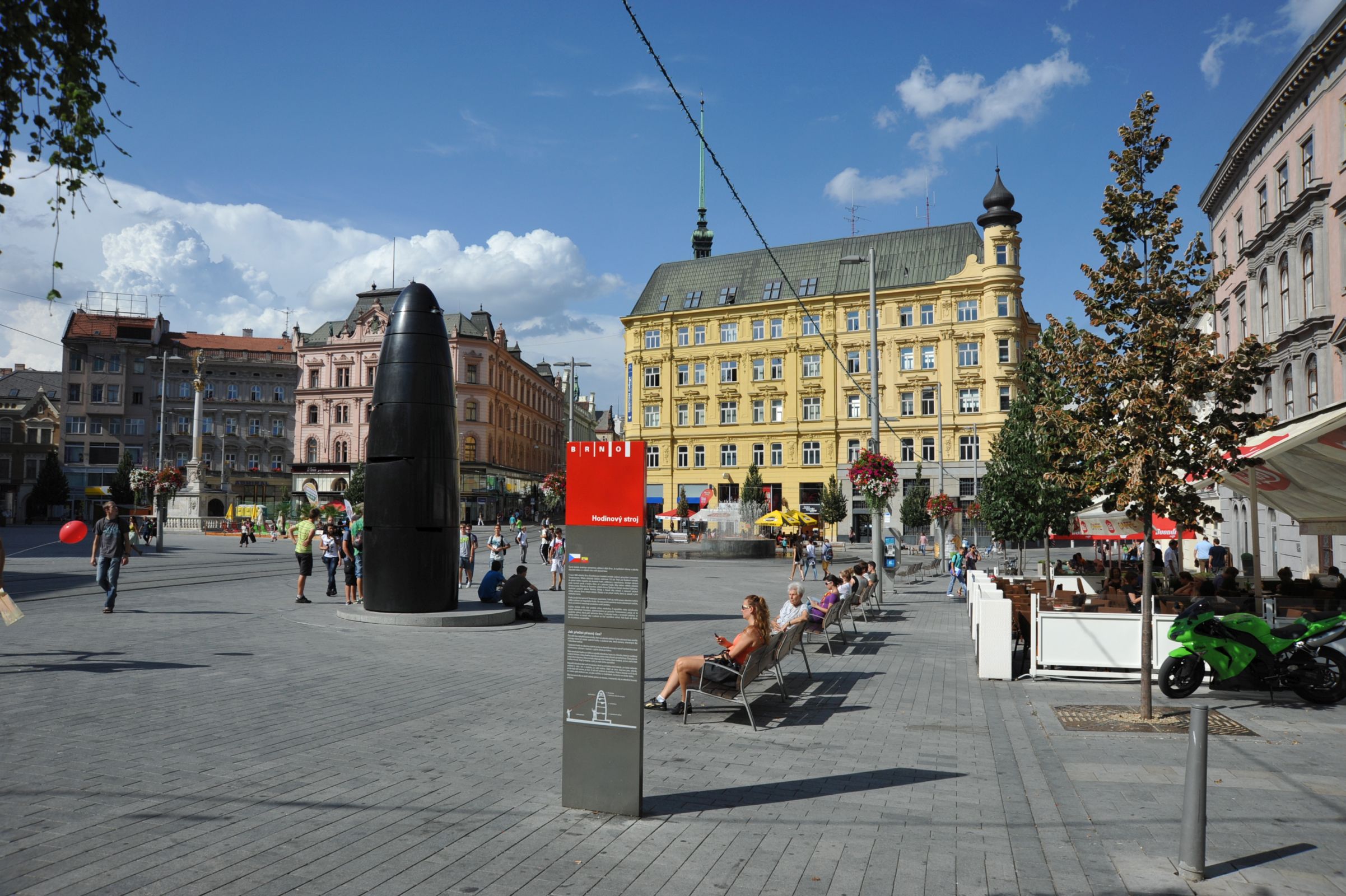 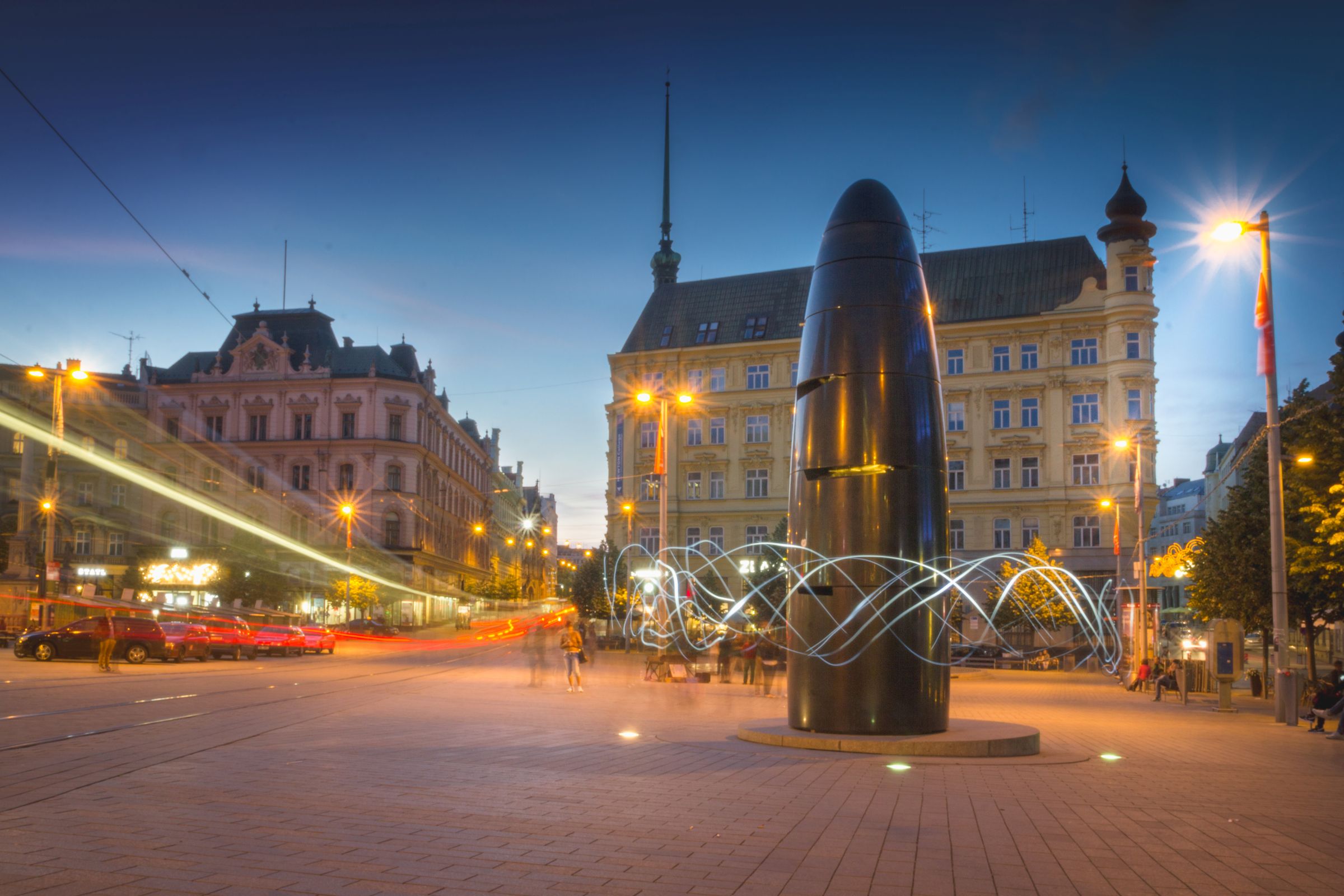 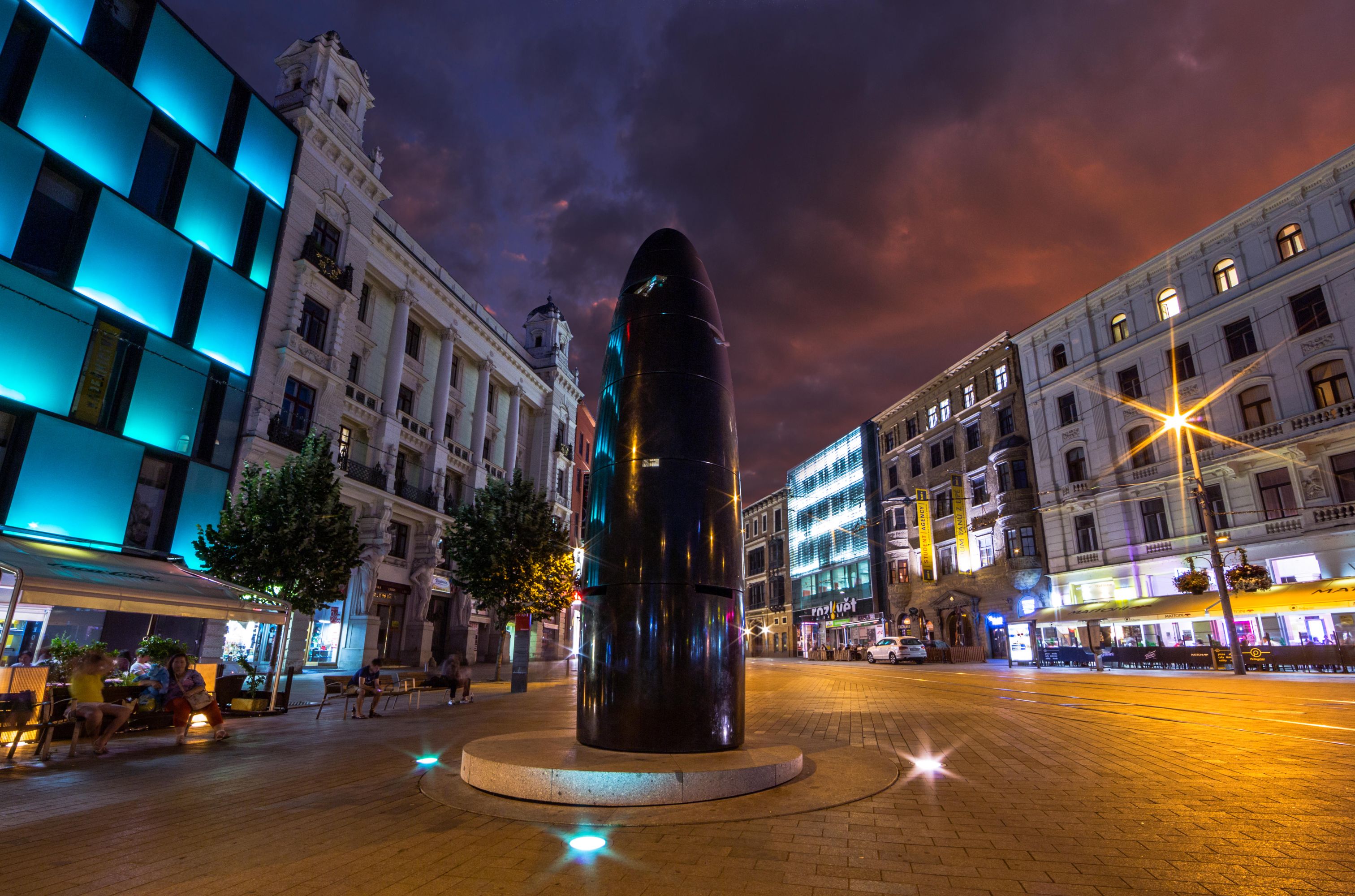 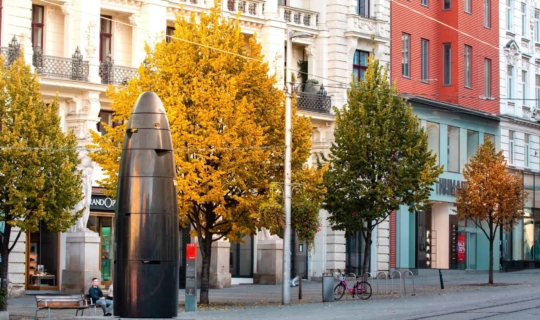 Tell your friends about Clock Machine!