This sculpture was unveiled at Malinovského náměstí (Malinovsky Square) two days before the 99th anniversary of Thomas Alva Edison’s visit to Brno. On 13 September 1911, Edison arrived in Brno to take a look at the electric lights his company had installed in 1882 in what was then the German City Theatre (today’s Mahenovo divadlo, the Mahen Theatre). It was the first electrically lit theatre in Europe.

The sculpture is formed by four oversized intertwined bulbs made of stainless steel wire and placed on a concrete pedestal. The bulbs serve as a reminder of the light bulbs installed in the theatre. The network formed by their wires evokes the complexity of an electrical network and refers to networks as a metaphor for current communication. The commemoration of a historical event was thus upgraded to a reflection of the transformation of the modern world and technical civilisation. 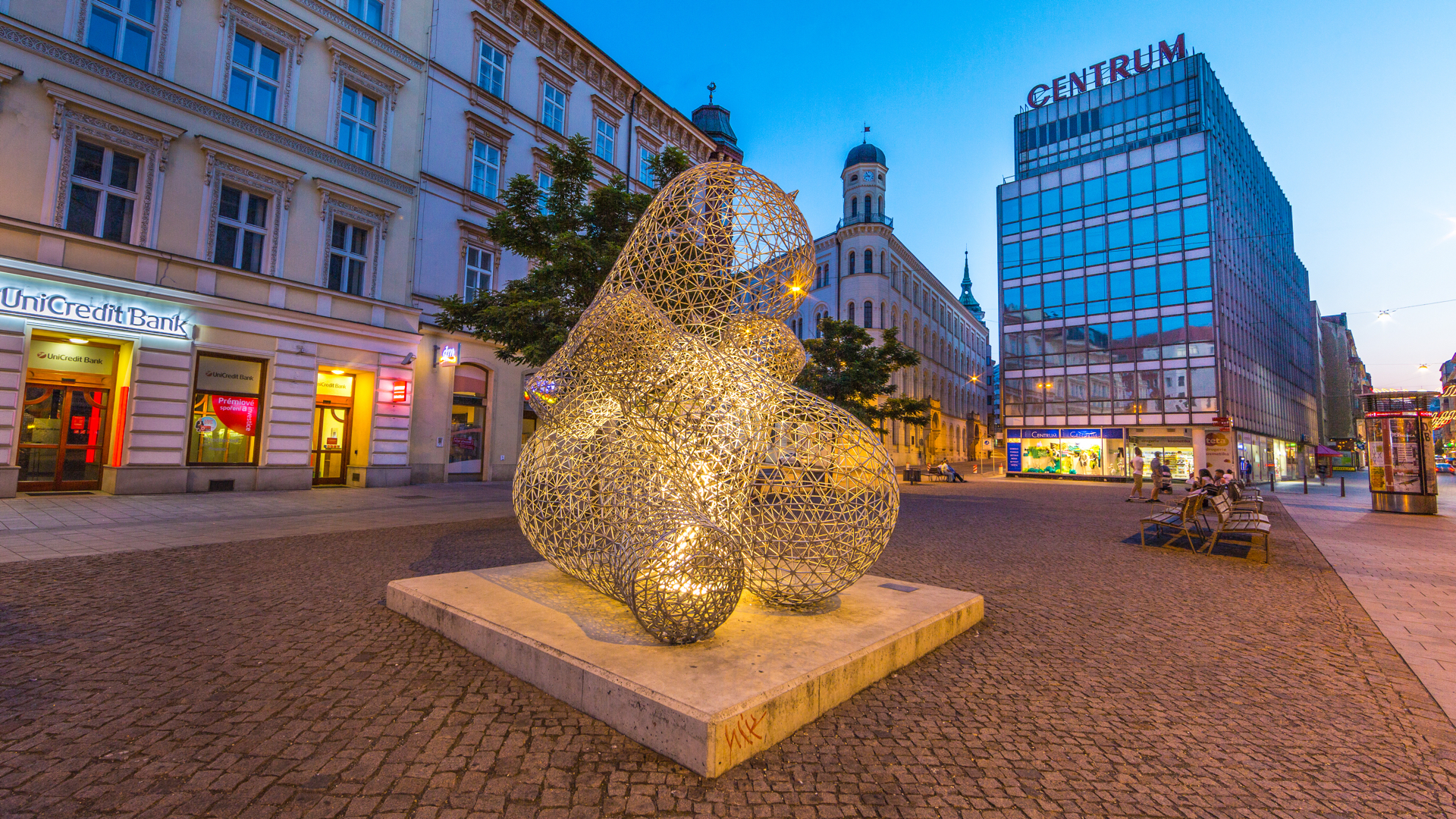 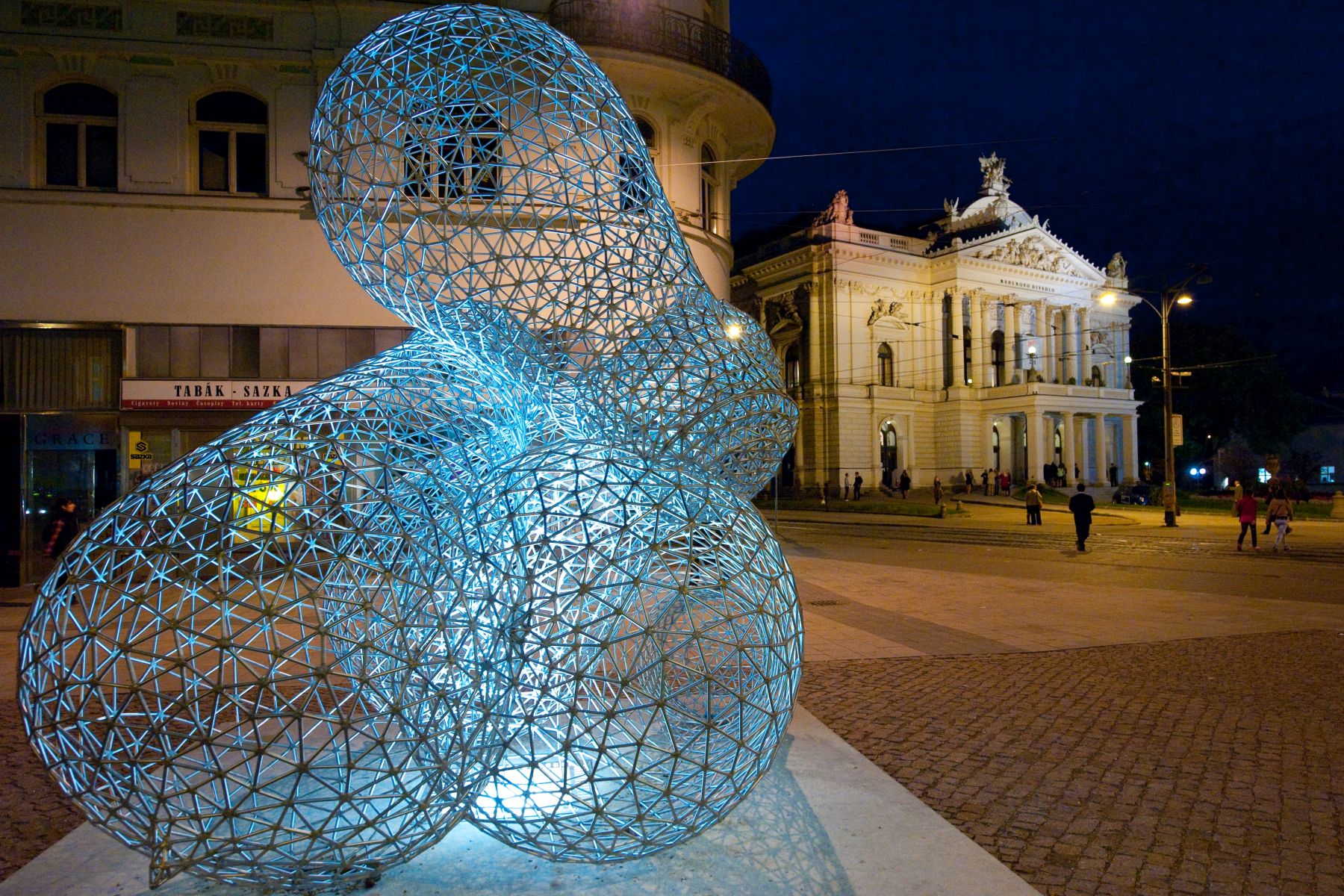 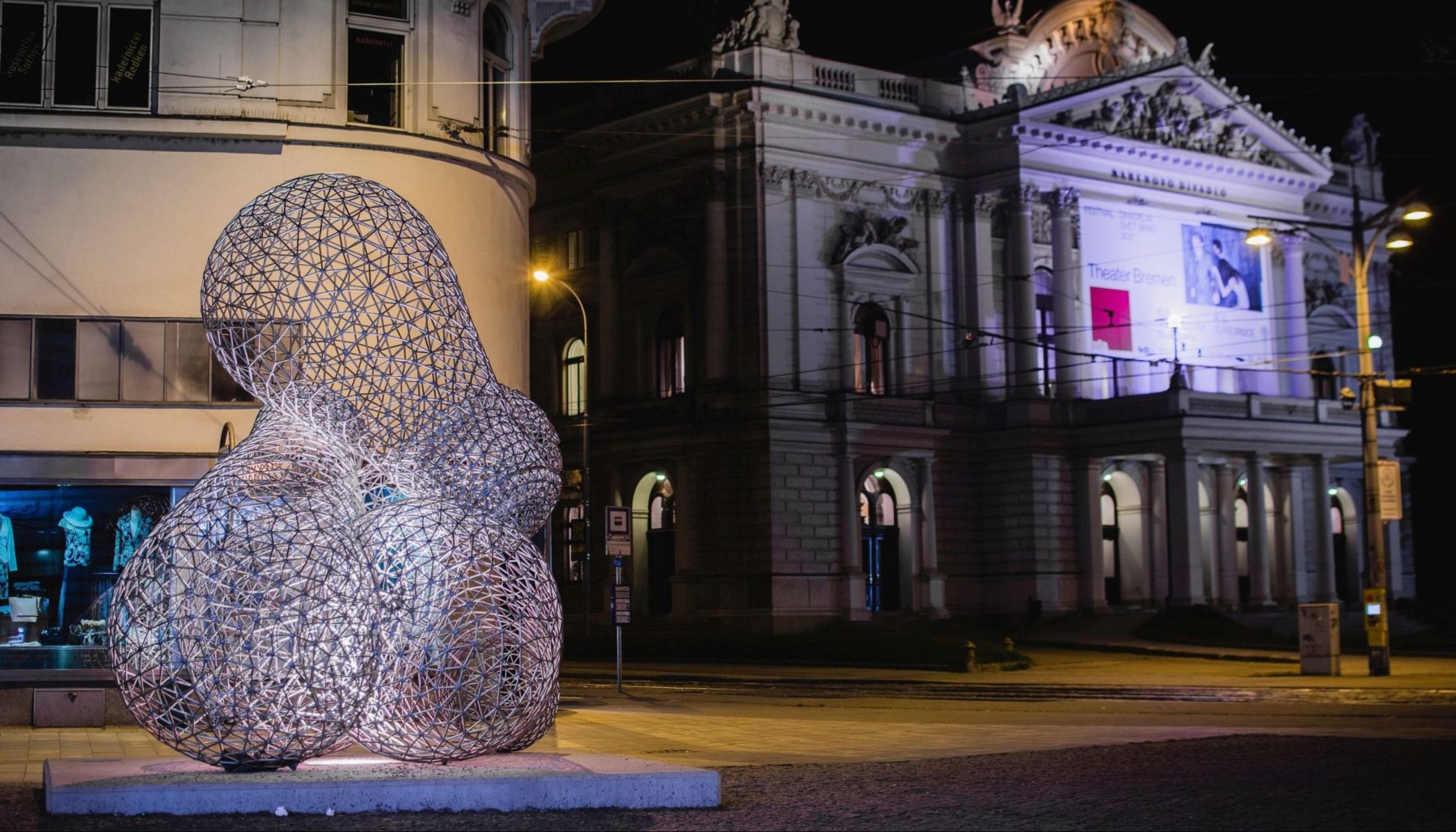 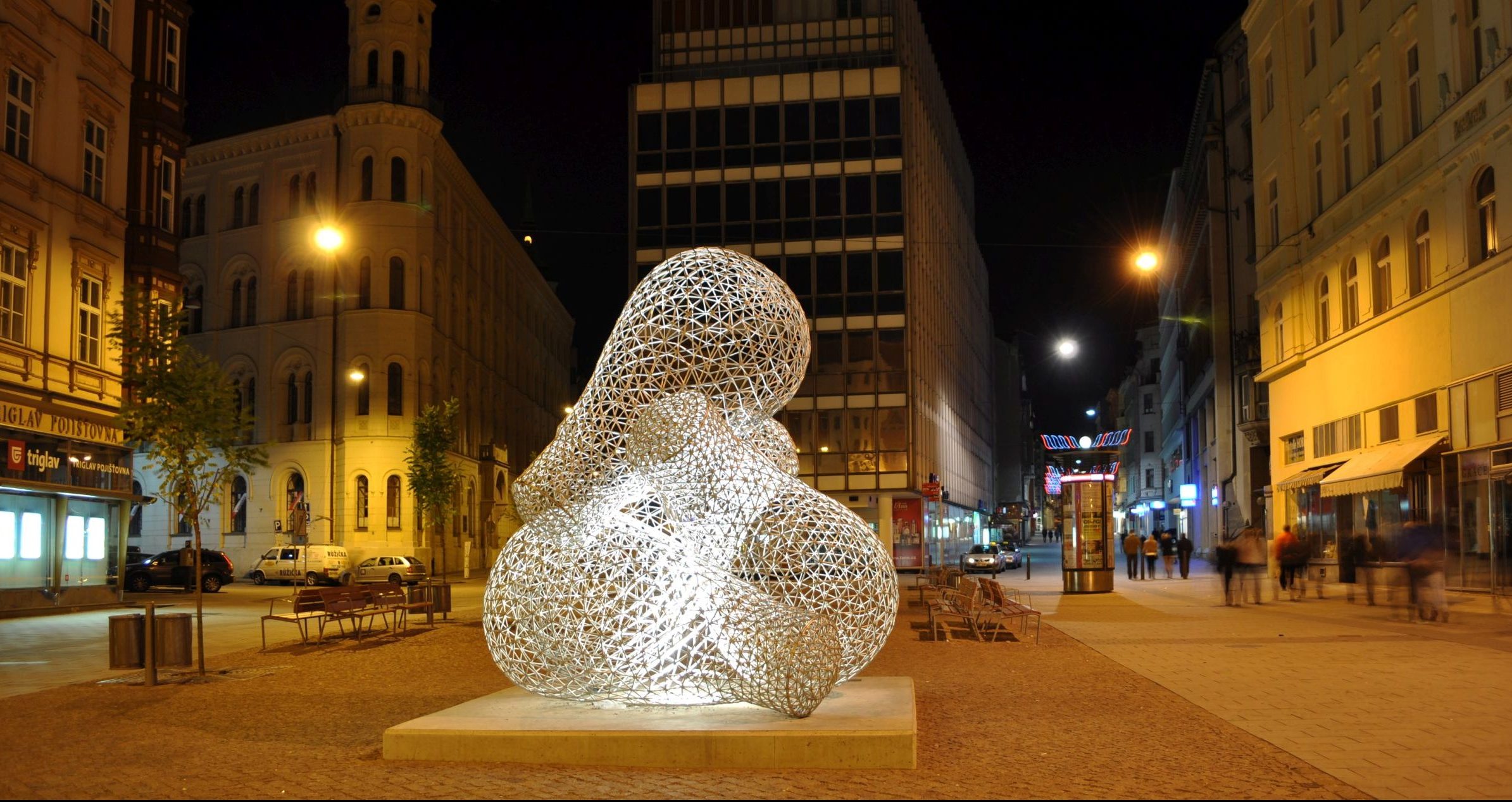 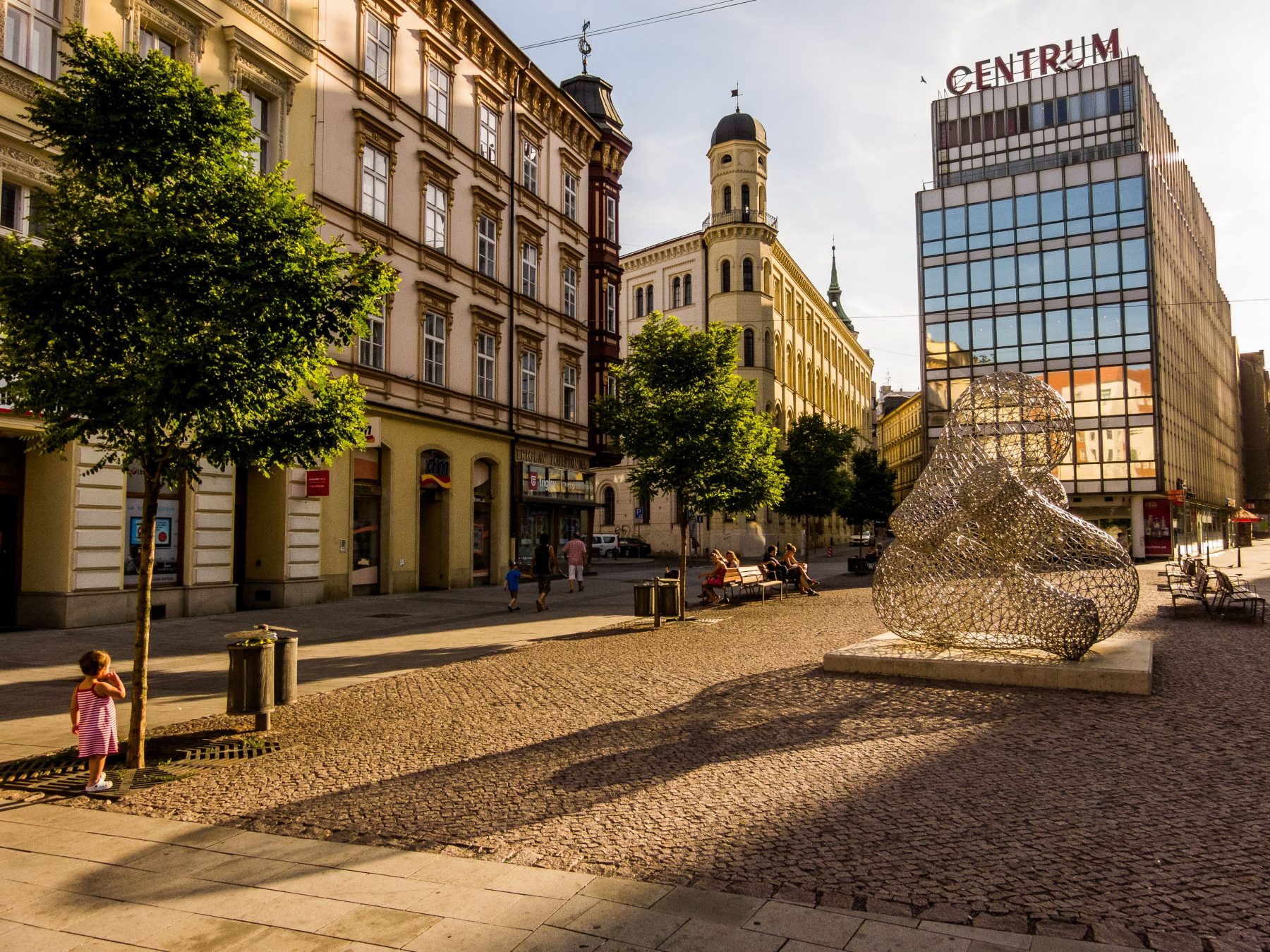 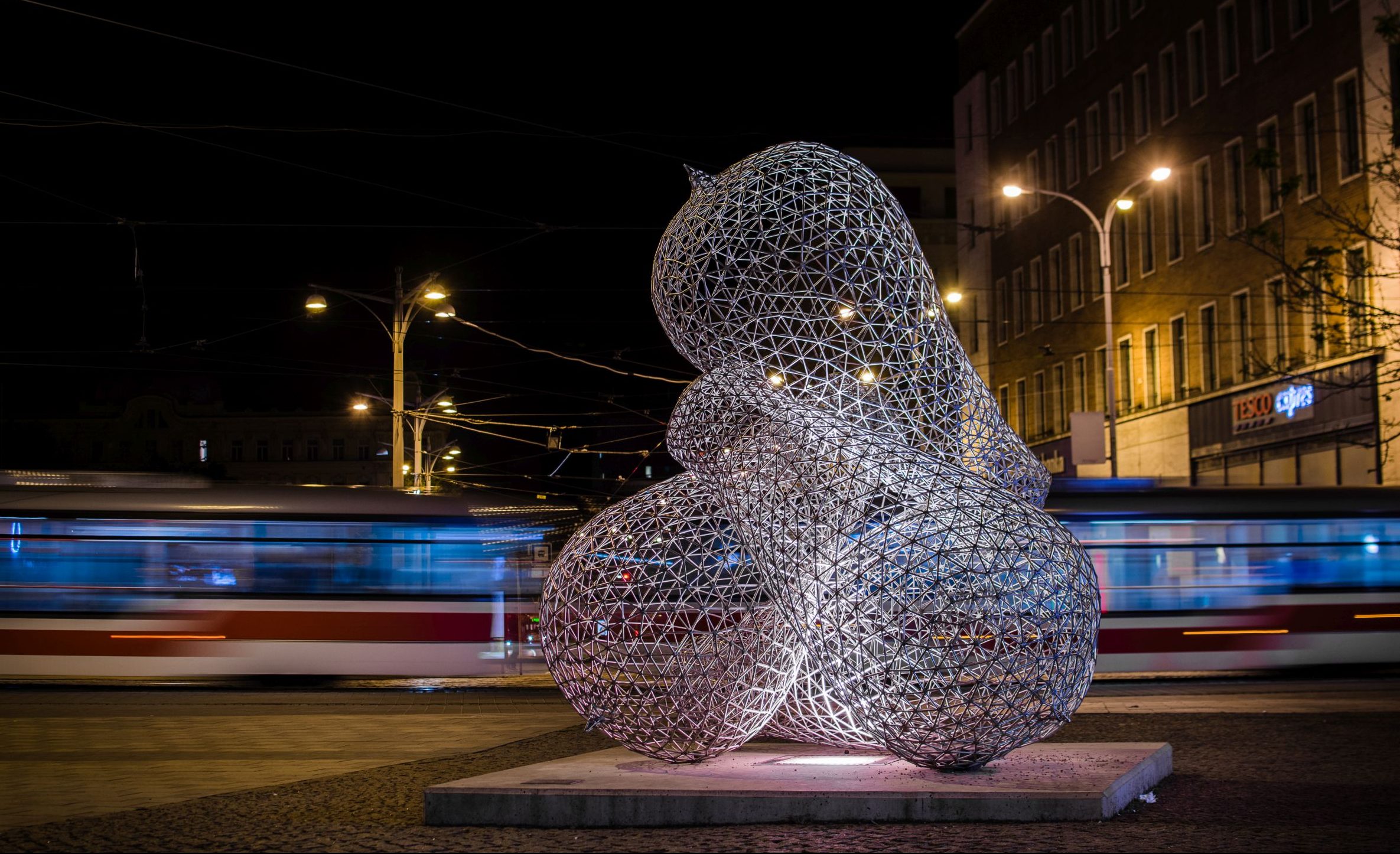 Tell your friends about Tribute to T. A. Edison!