In 2017, the Brno City Council announced a call for designs for a statue of Martin Středa. The winning design was from Jan Šebánek from the Faculty of Architecture at the Brno University of Technology. Stark, sober, symbolic. Three Ss characterize the design. Father Martin Středa is buried in the crypt of the Church of the Assumption of Our Lady, where he worked and where he now lies in a glass coffin. It is in front of this church at the corner of Jezuitská and Beethovenova streets that the four-metre statue of Father Středa stands. The statue sits on a coloured concrete pedestal in which a cannonball has been embedded. Středa faces the Church of St James, where Field Marshal Jean-Louis Raduit de Souches is buried. The leader of the city defences was a close friend of Father Středa and supposedly turned to him for advice during the war.

This memorial to Středa adds to other statues built within the Statues for Brno project. Its goal is to gradually fill public spaces with new works of art commemorating important people right in the locations connected to their fate.

Two quotes from Father Středa run around the top of the pedestal. The first is: “Do not worry prematurely about what will happen. What every day brings is bad enough.” The second is: “Enjoy simple things and be satisfied with small things – you will experience great space.” 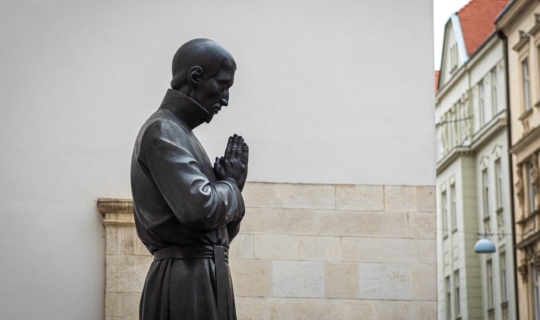 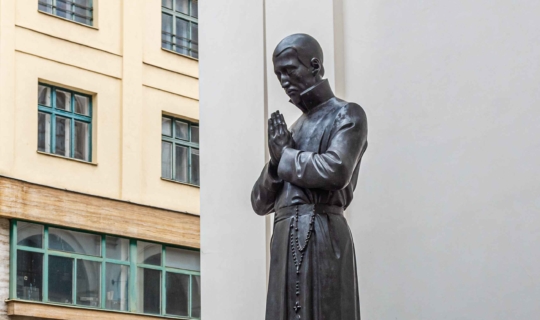 Tell your friends about the statue Martin Středa!