One of Brno’s newest statues, and quite a conversation piece

The equestrian statue installed on Moravské náměstí (Moravian Square) in 2015 is a tribute to Jobst of Moravia and is an allegory of Courage. One of the square’s dominant features, the statue is eight metres high and is made of bronze. It depicts a knight in armour sitting on a horse with unusually long legs. The legs make it possible for the statue to tower remarkably high without a pedestal, putting spectators in direct contact with the statue.
This concept by Jaroslav Róna met with a number of objections, for example because diplomacy, rather than courage, was Jobst’s dominant strength. Other critics protested because horses don’t have such long legs.

In any case, Brno now has a new major installation, exceptional also for the long queue of sightseers waiting to have a look at the statue from below; visitors who stand between the horse’s front legs and look up to its head can easily see why.

This statue is not the only depiction of Jobst on Moravian Square. Just a few metres away is a stone statue of Margrave Jobst supporting the entrance to Místodržitelský palác (the Governor’s Palace). 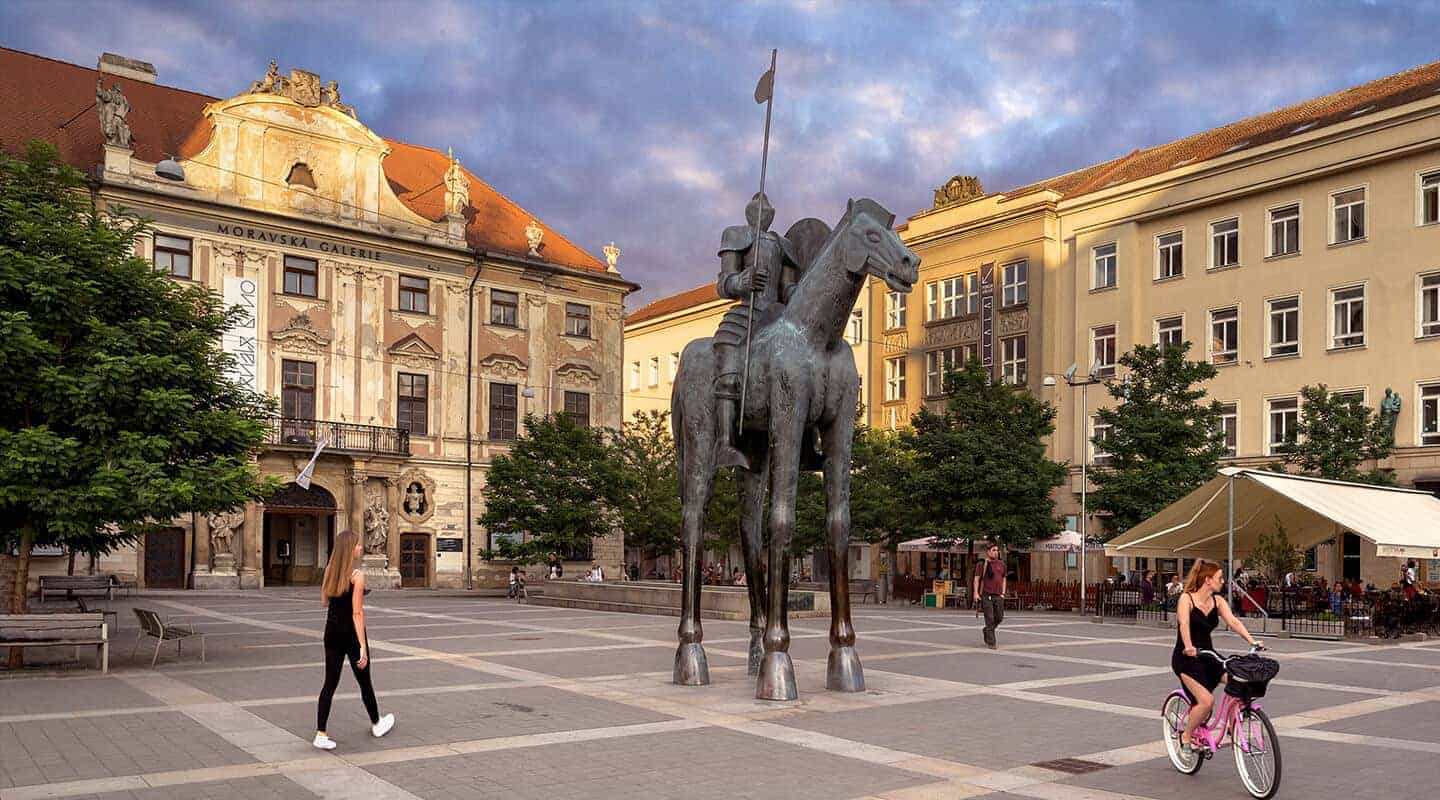 Tell your friends about statue of Courage!