Statue of the poet, writer, and translator unveiled in 2016

This statue is located in Špilberk Park, near the castle, above Pellicova Street. The stylised head of Jan Skácel is made of steel tubes welded together and placed on a pedestal made of limestone. The face is turned towards Staré Brno (Old Brno). The rear, half-open side of the statue is concave, showing the features of the face in reverse. The poet’s and spectator’s eyes are on the same level, so from a certain angle it is possible to look through the statue and symbolically see Old Brno through Skácel’s eyes. Crucial motifs from Skácel’s work are carved into each side of the pedestal: childhood, silence, landscape, and death. A QR code is placed on the memorial, giving visitors access to an app containing an audible version of Skácel’s work and his biographical data.

Jan Skácel and his work are also commemorated in Brno with a memorial plaque in front of the house where he lived in Kotlářská Street and by two fountains at náměstí Svobody (Freedom Square), each with lines he wrote about water cast in the bronze grates through which the water cascades. 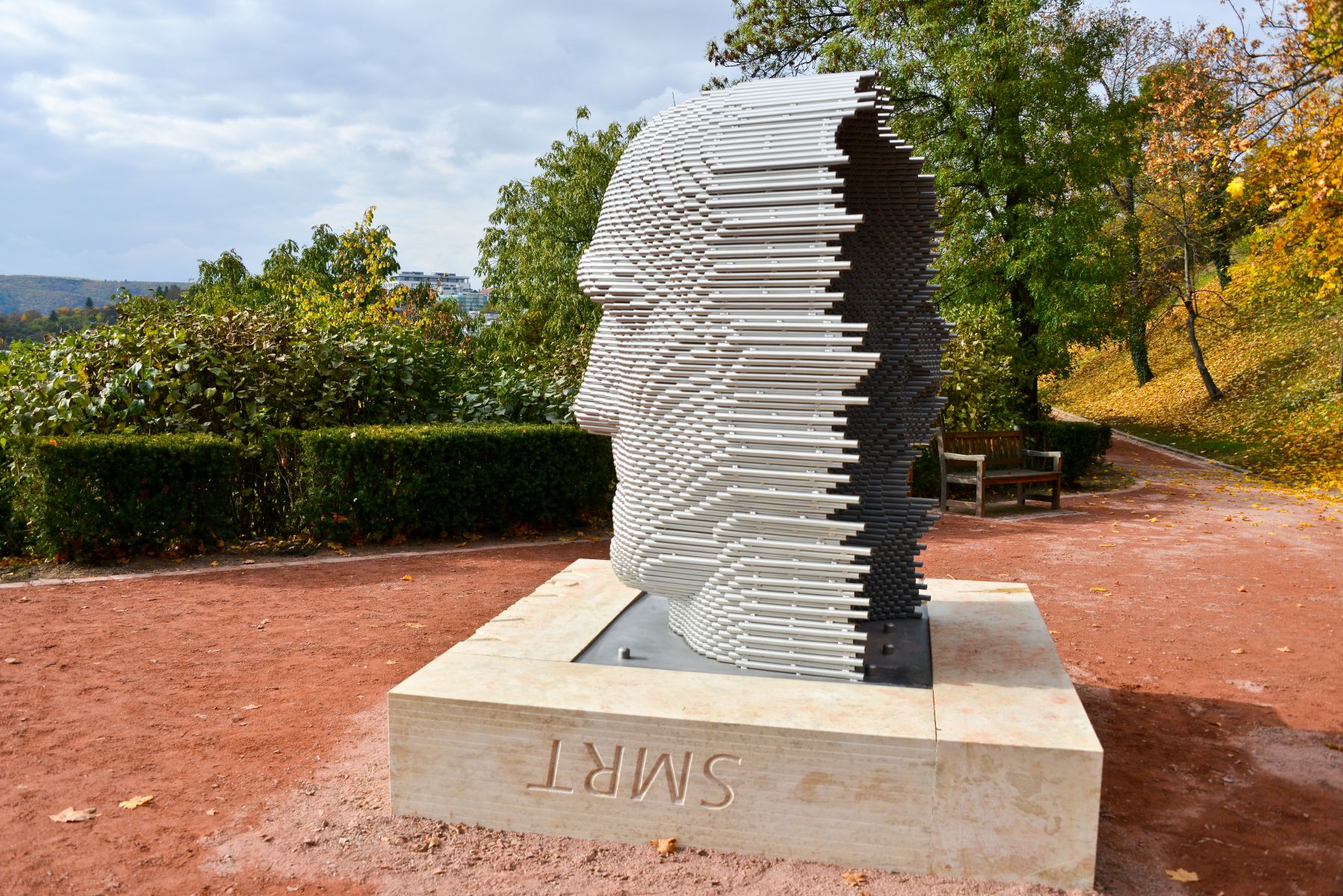 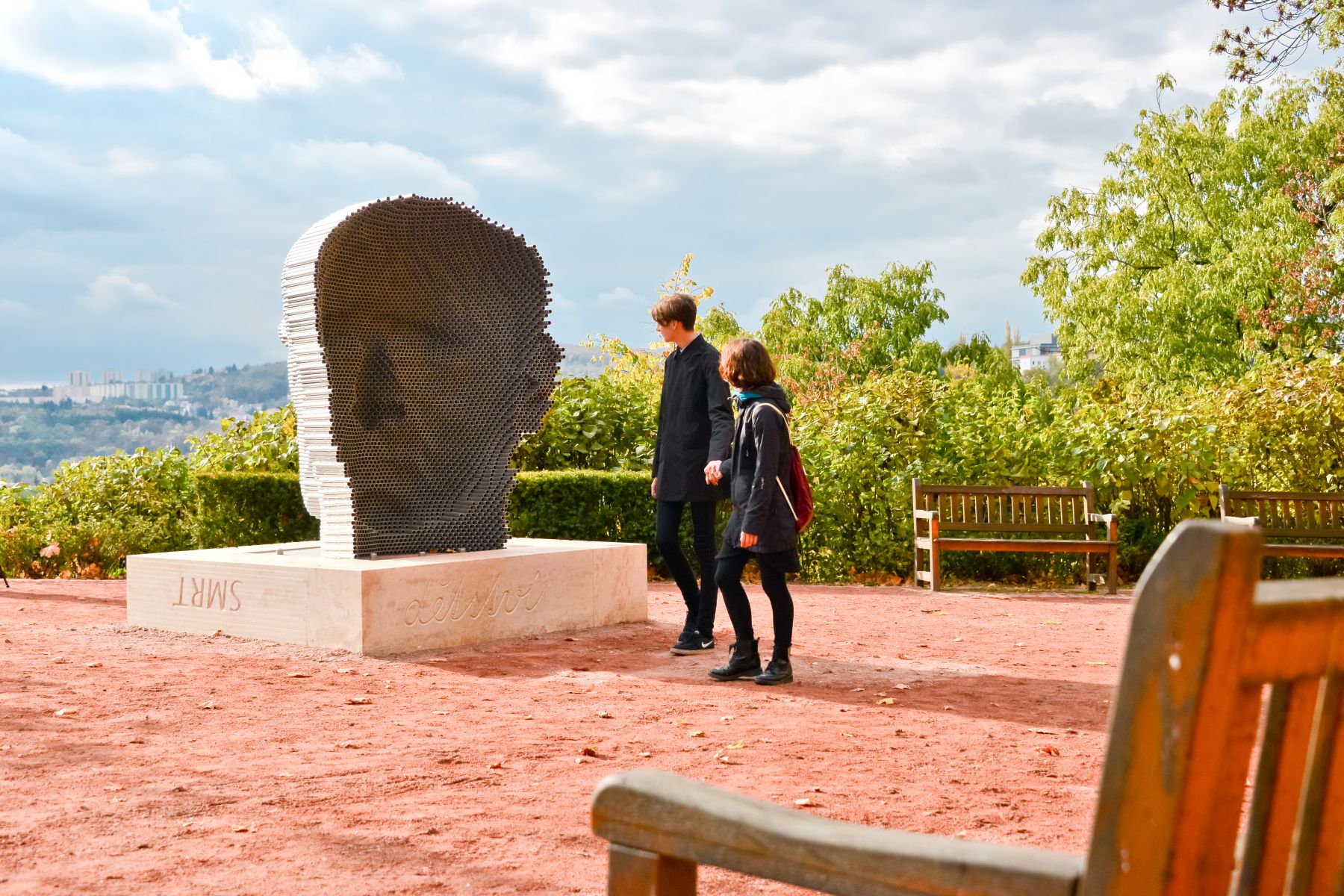 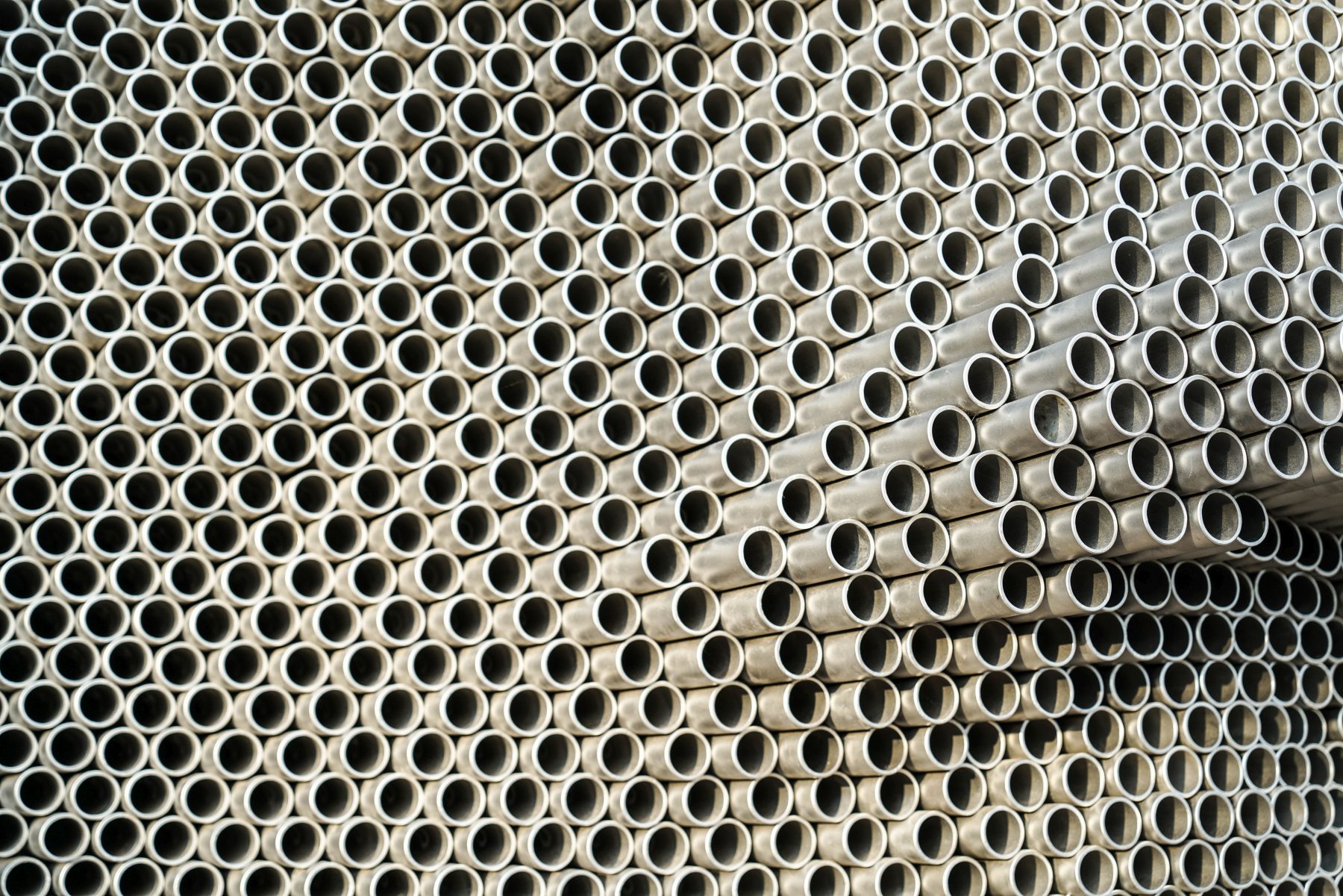 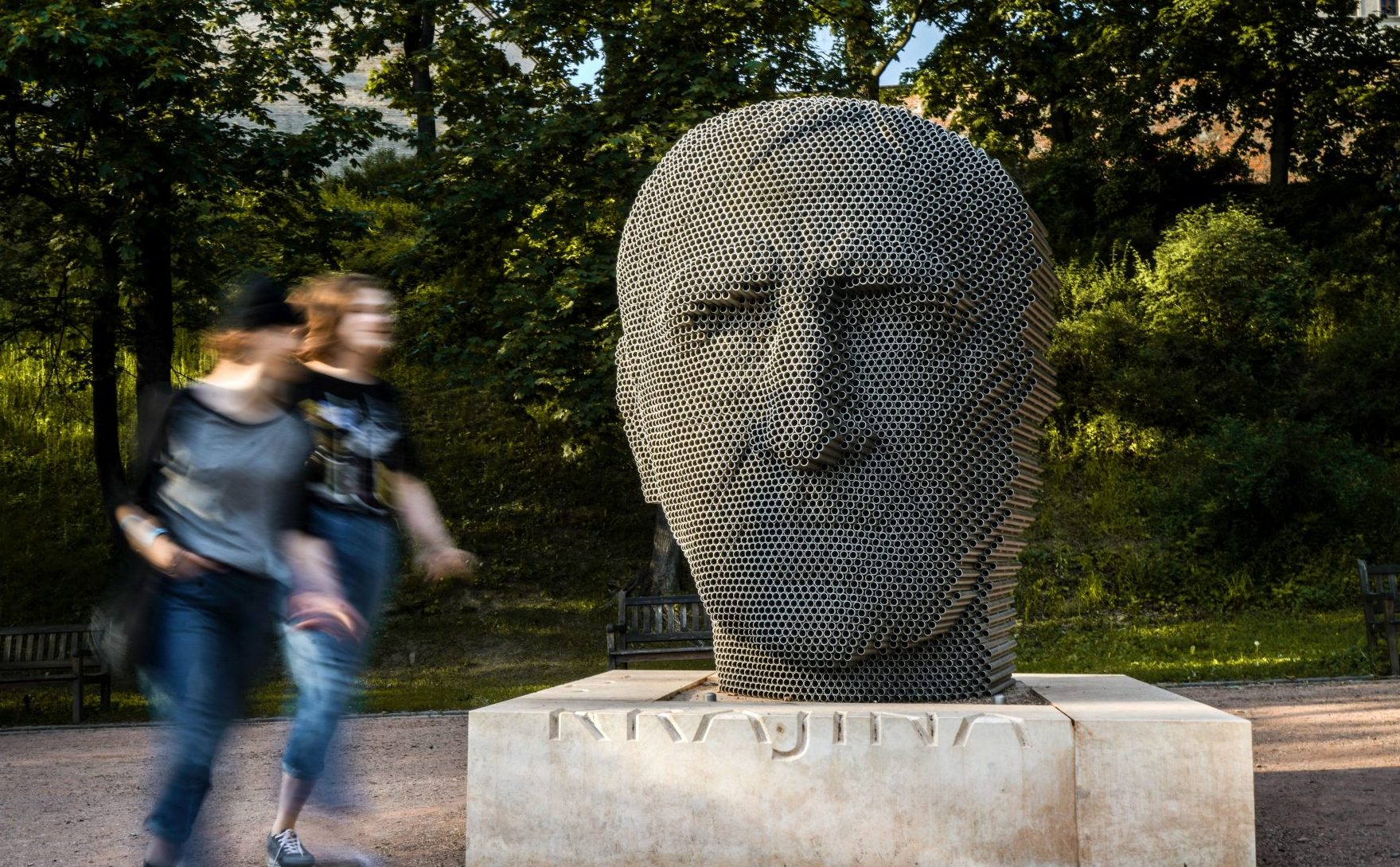 Tell your friends about statue of Jan Skácel!