GO TO BRNO AT NIGHT

A club whose reputation extends far beyond the city of Brno

The history of Fléda as a cultural institution in Brno goes back to 1911. Its original form was Brünner Fledermaus (‘the Brno Bat’ in German), a parallel to the Wiener Fledermaus cabaret in Vienna. One of its many claims to fame is that it was the first venue in Brno to feature jazz music. In the 1970s and 1980s, it was rebuilt to function as the Netopýr (‘Bat’ in Czech) television studio.

The modern era of Fléda started after 2001, when a music club was established in its building in Štefánikova Street. The club then came under new management in 2004. It hosts well-established bands as well as young artists and progressive music genres. Its programme includes concerts with lots of production work from foreign stars as well as smaller, authentic shows from local musicians. Besides concerts, Fléda has been the regular site for Elektra and Vendeta club nights and the Echoes electronic music festival. Since 2001, over five thousand performers have played on stage at Fléda and over one million music fans have enjoyed their shows. The club is equipped with top-quality sound technology. 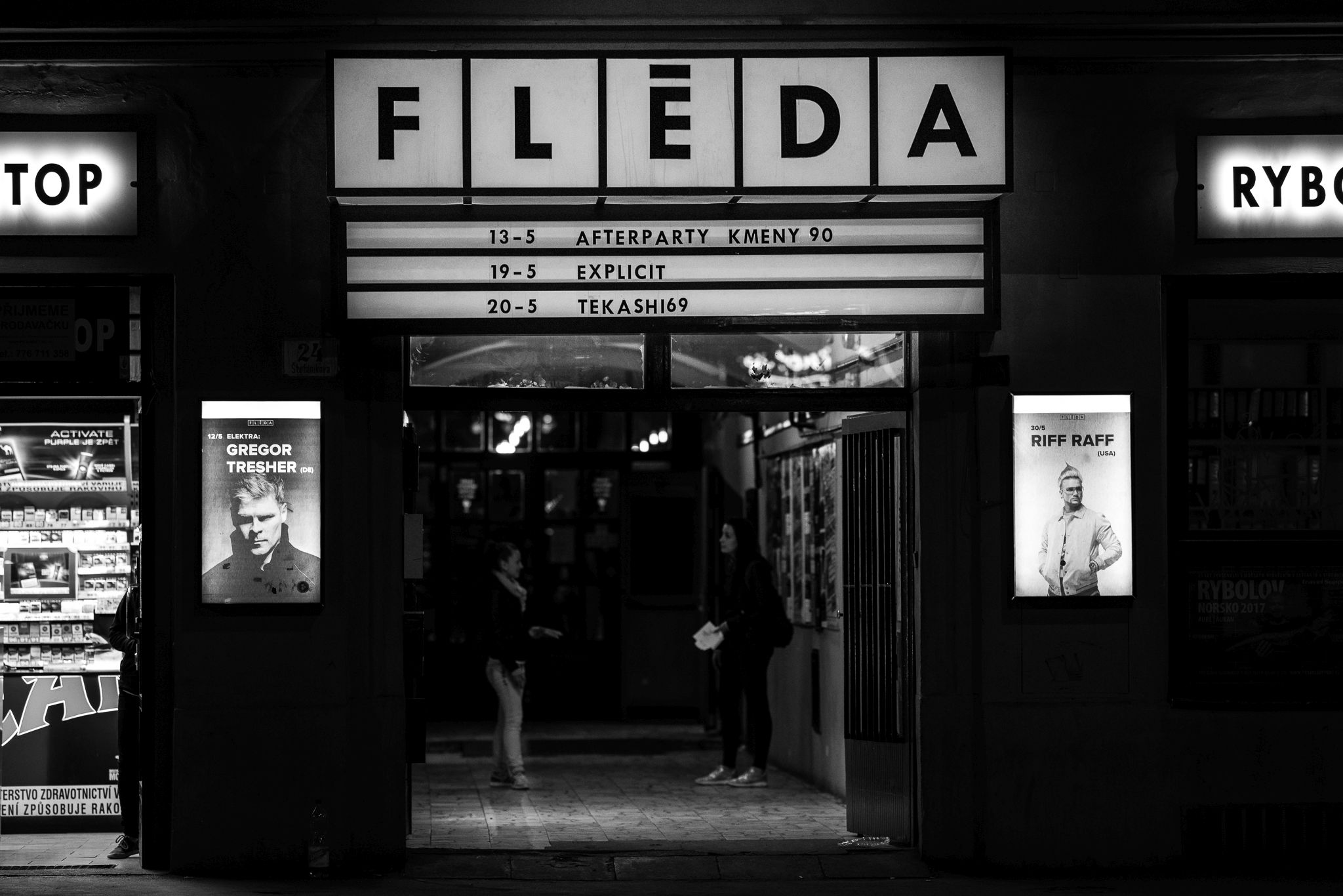 Tell your friends about Fléda!