This leading centre excels at popularising the sciences

The Brno Observatory was opened on 16 October 1954 and has gradually become a top institute for the popularisation of various sciences, especially the physical sciences. Of course, astronomy is its top priority, but also represented are geology, chemistry, physics, mathematics, geography, and many other disciplines as well. All this in an easy-to-understand, entertaining, and interactive way. The venue provides visitors with an opportunity to observe the starry sky, watch audiovisual programs in the planetarium, and attend interactive performances, as well as experimental shows. The interior holds many different facilities, including a digitarium, an exploratorium, an astronomical observation point, a small planetarium, an observation deck, and a science walk. In addition to scientific presentations, the site offers space for exhibitions, seminars, entertainment, and concerts.

The Brno Observatory and Planetarium is located not far from the city centre in a picturesque park on Cow’s Hill. Its modern functionalist building was reconstructed in 2010 and 2011, based on a design by architect Martin Rudiš. It boasts 25 kilometres of electrical wiring and 47 kilometres of cables for data transfer. The unique surface of the building is adorned with 8,576,389 small holes. This building won the 2012 Czech Construction Award and was nominated for the 2013 Mies van der Rohe Awards. 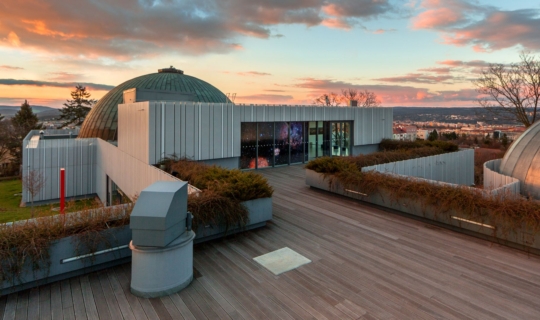 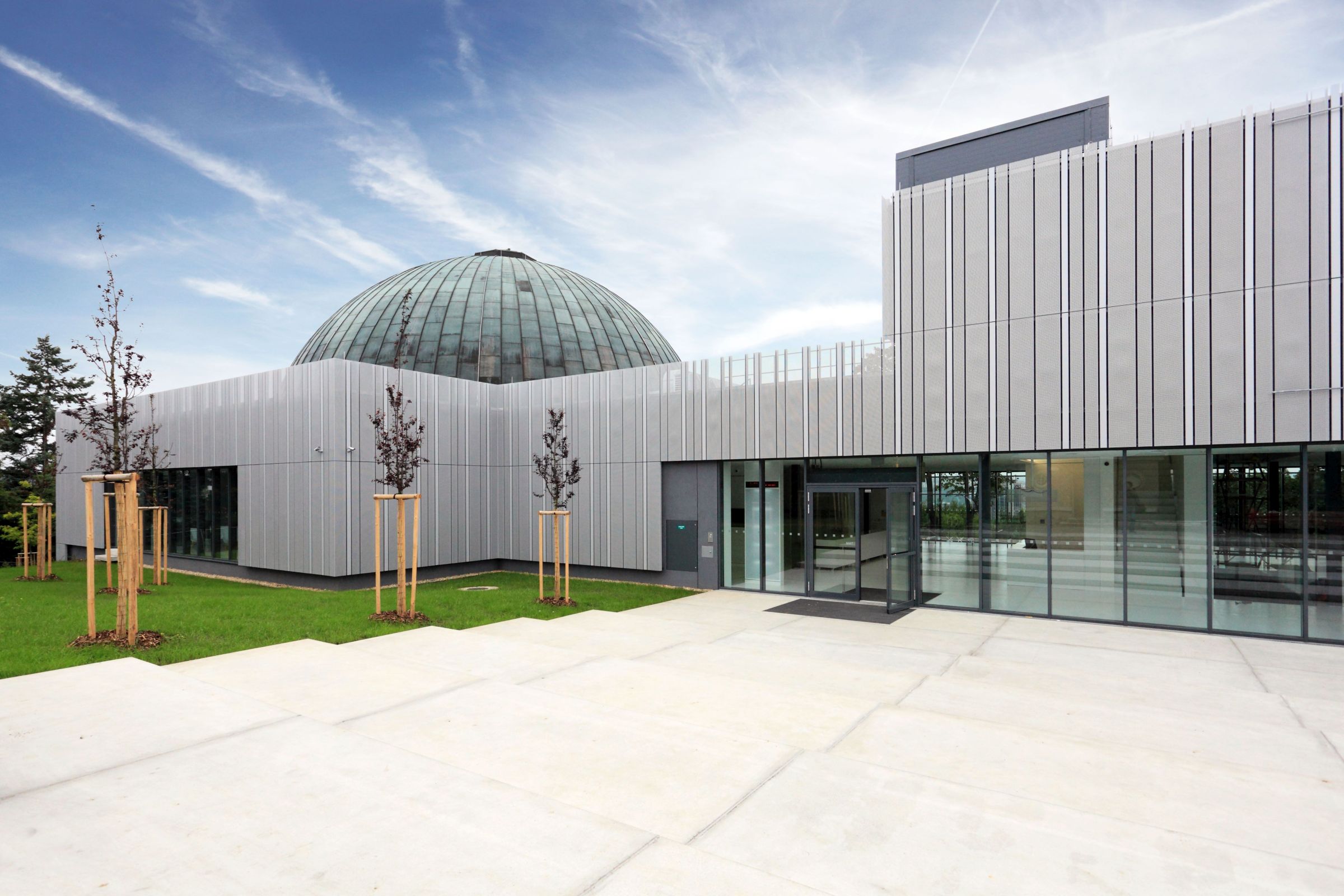 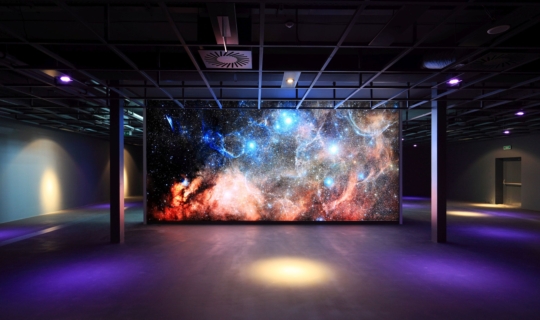 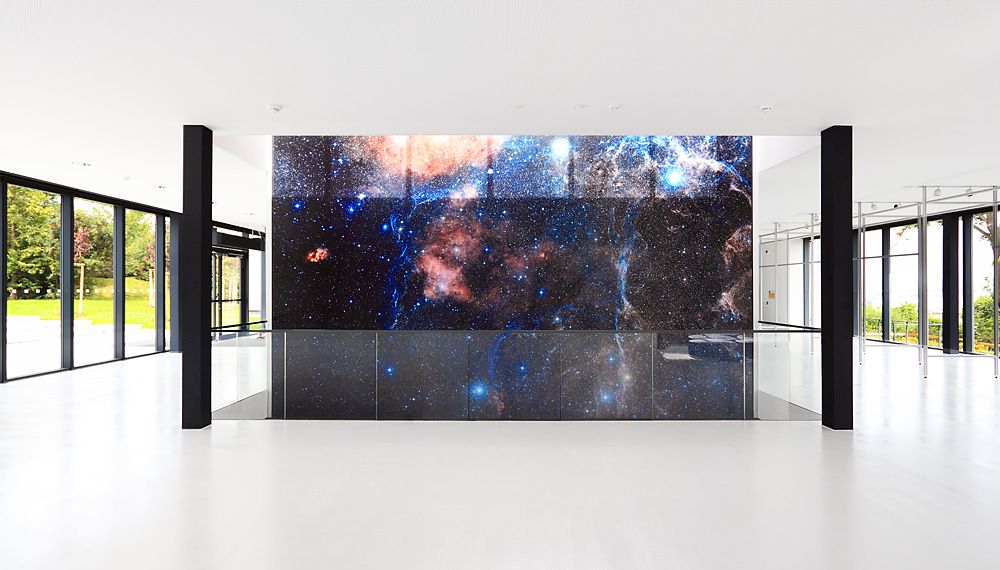 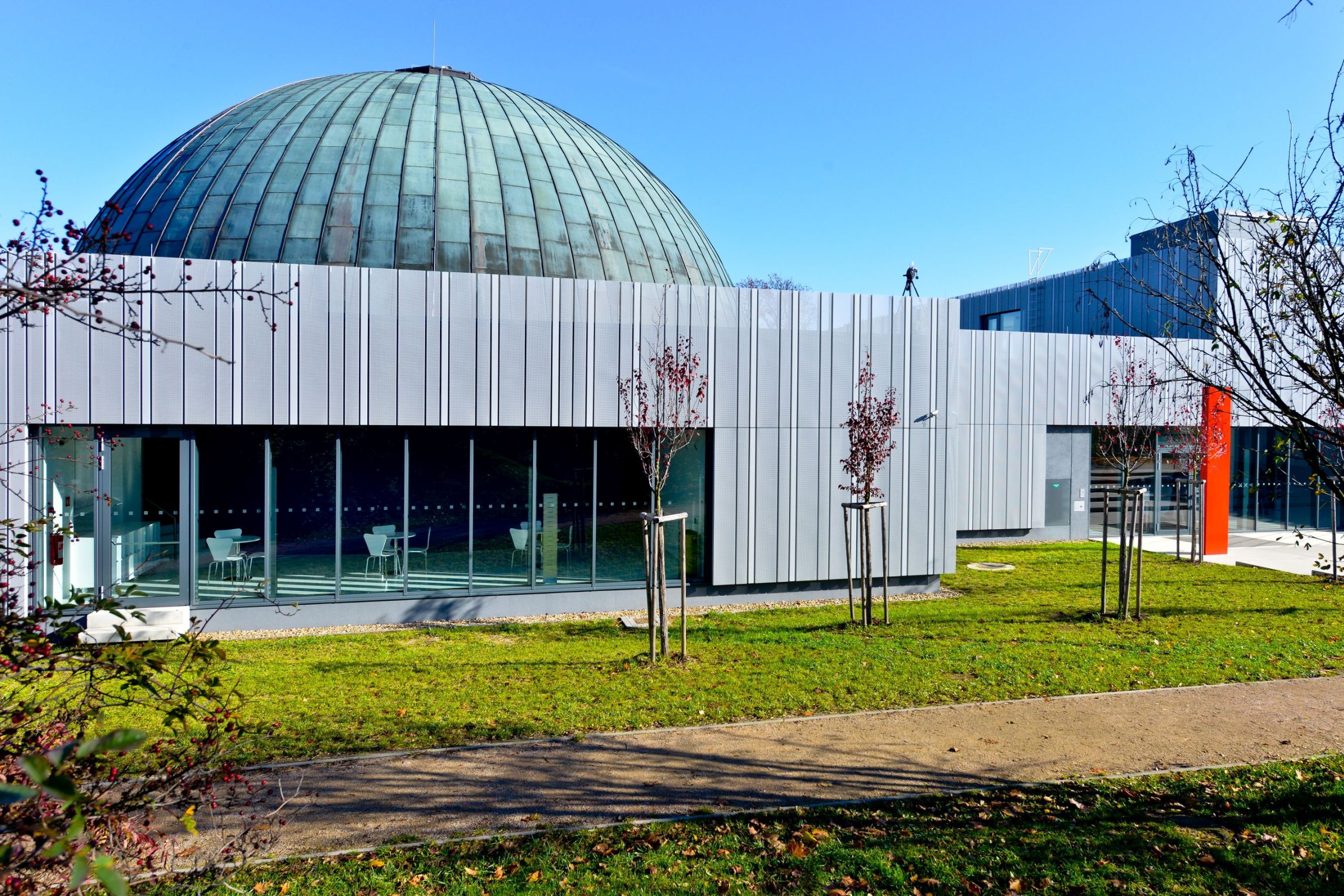 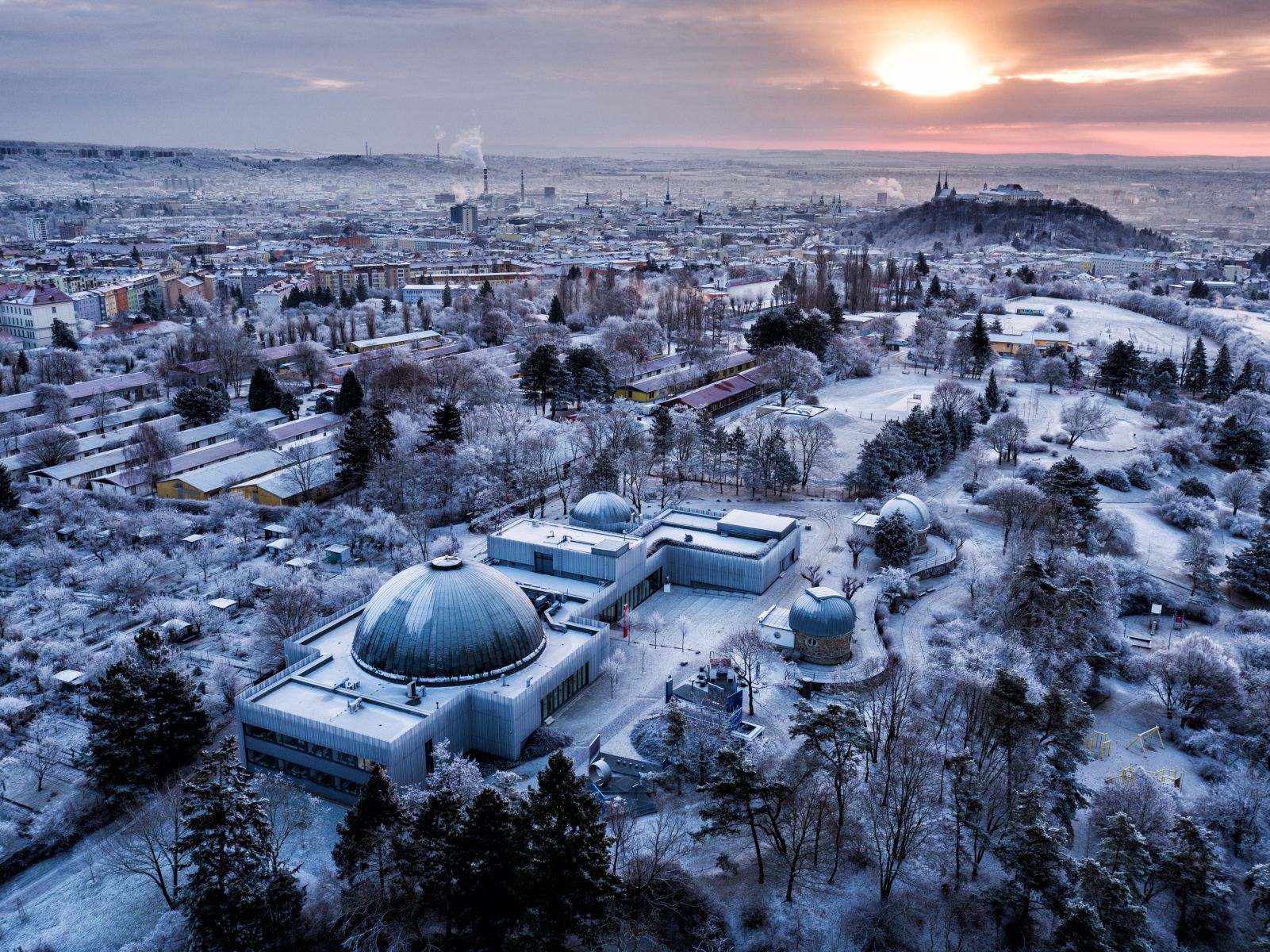 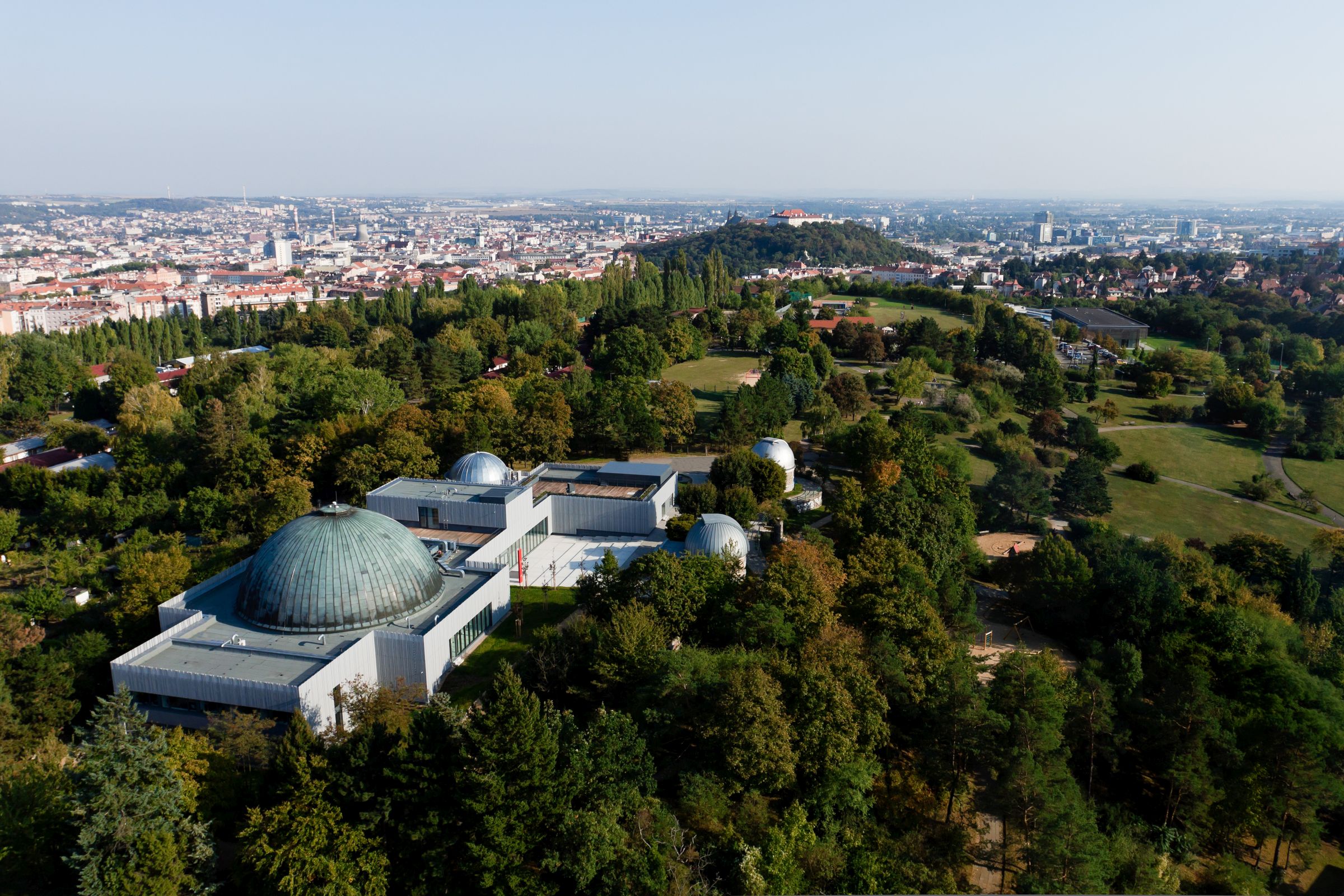 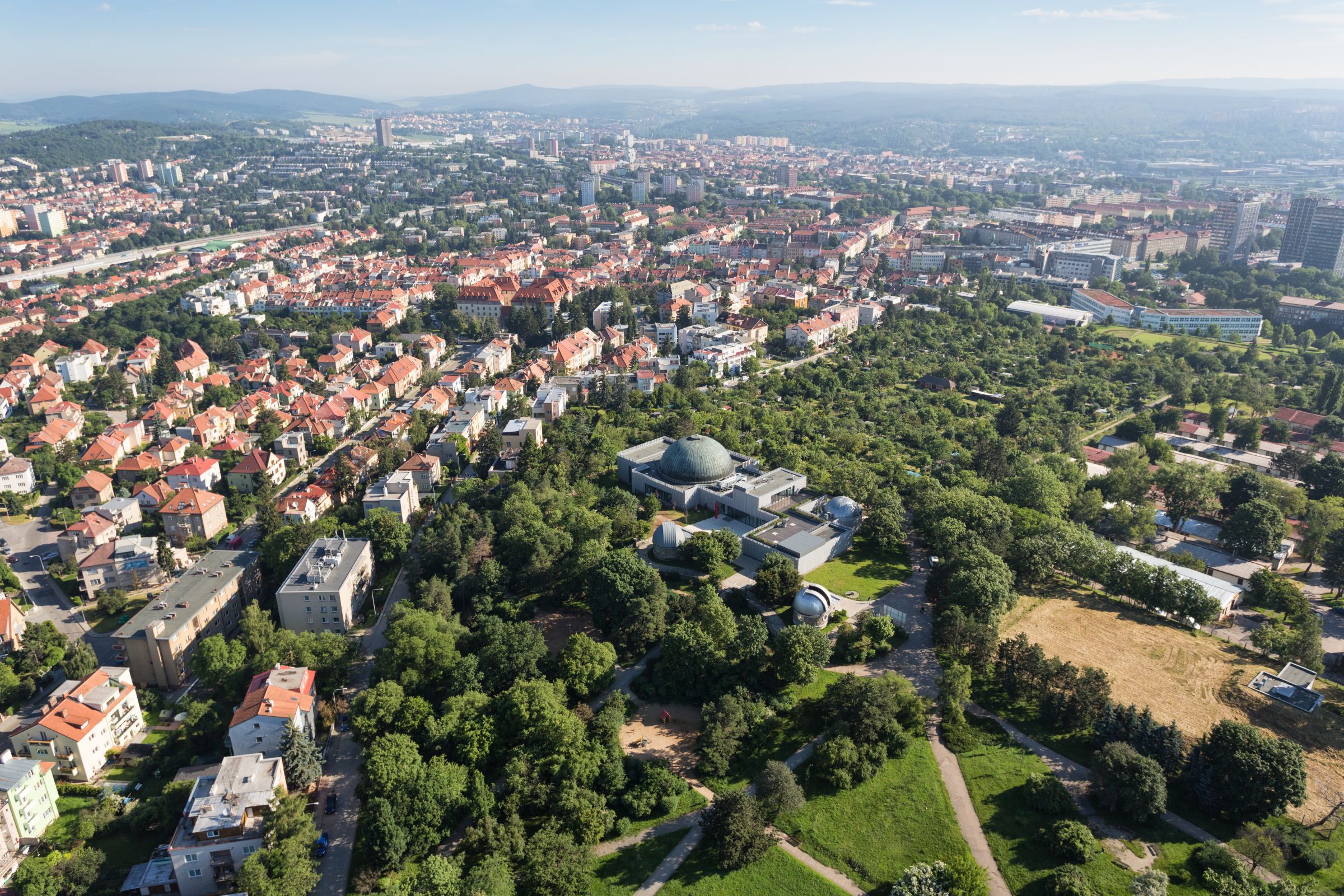 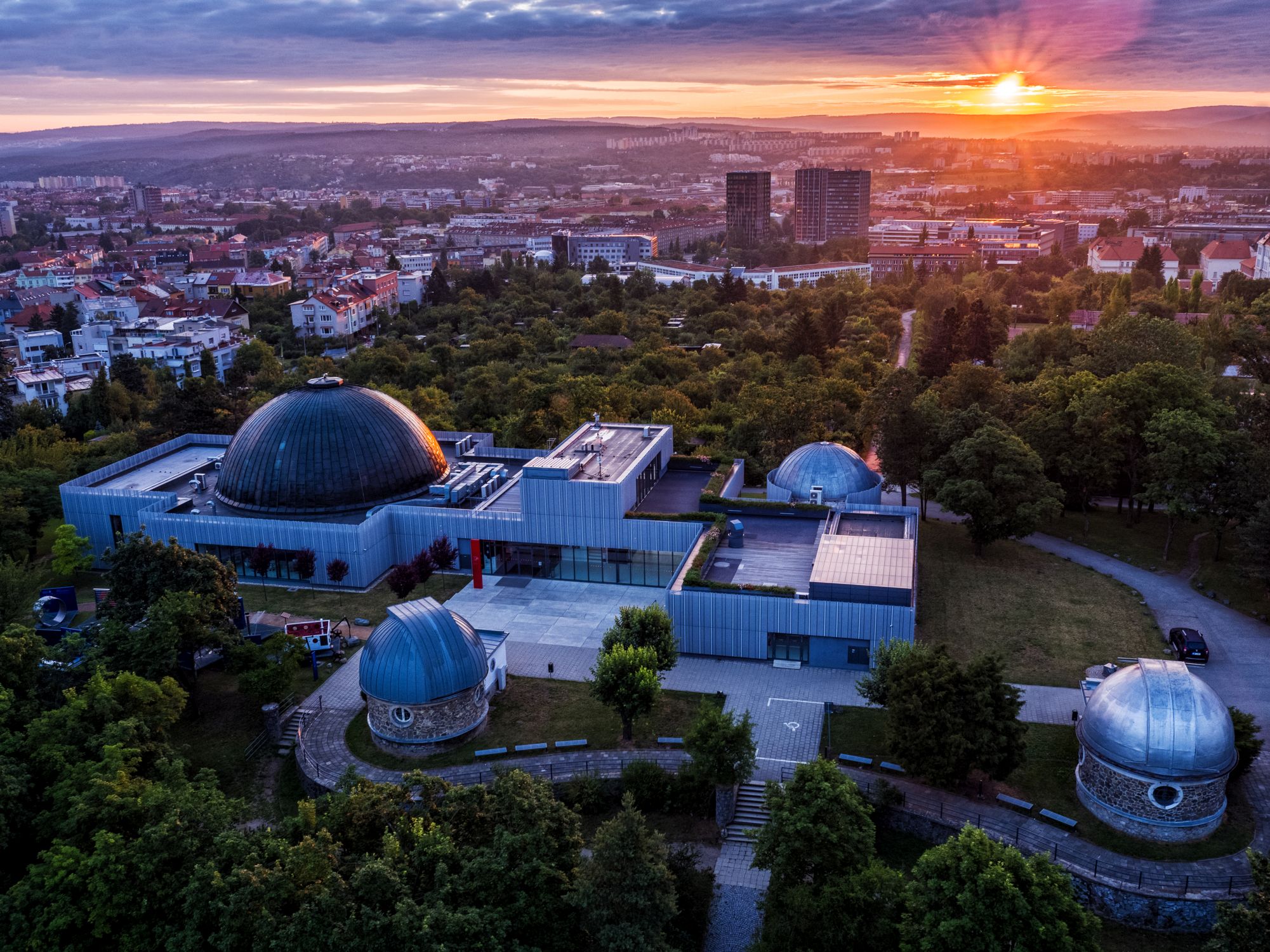 Tell your friends about Brno Observatory and Planetarium!