Members of the Augustinian Order were devoted to science

Gregor Johann Mendel was active in Hospodářská společnost (the Agriculture Society), which was located in the Bishop’s Courtyard and was considered a scientific academy of Moravia. Inspired by academies abroad, it focused on putting scientific knowledge into practice. It also initiated the establishment of what is now Moravské zemské muzeum (the Moravian Museum) – which was originally called Františkovo muzeum (the Francis Museum) after Emperor Francis I – and supported secondary schools and universities in Brno. Mendel was regularly active in its disciplines (agriculture, forestry, gardening, fruit-growing, wine-making, beekeeping, meteorology, statistics, and biology). Today, the Mendelianum, an interactive museum and centre devoted to Gregor Johann Mendel, is located in the Bishop’s Courtyard, offering an interesting perspective on genetics and molecular biology.

This diverse set of historical buildings arranged to form a courtyard is located in the historical centre of Brno below Katedrála sv. Petra a Pavla (the Cathedral of St Peter and Paul). The complex is formed from the originally Gothic seat of the Brno provostry, from which a Gothic tower and a chapel with frescos have been preserved. At the end of the 16th century, it underwent renovations led by the Italian architect Antonio Gabri. After extensive further renovations in 2009, the Bishop’s Courtyard became a cultural centre of Brno. 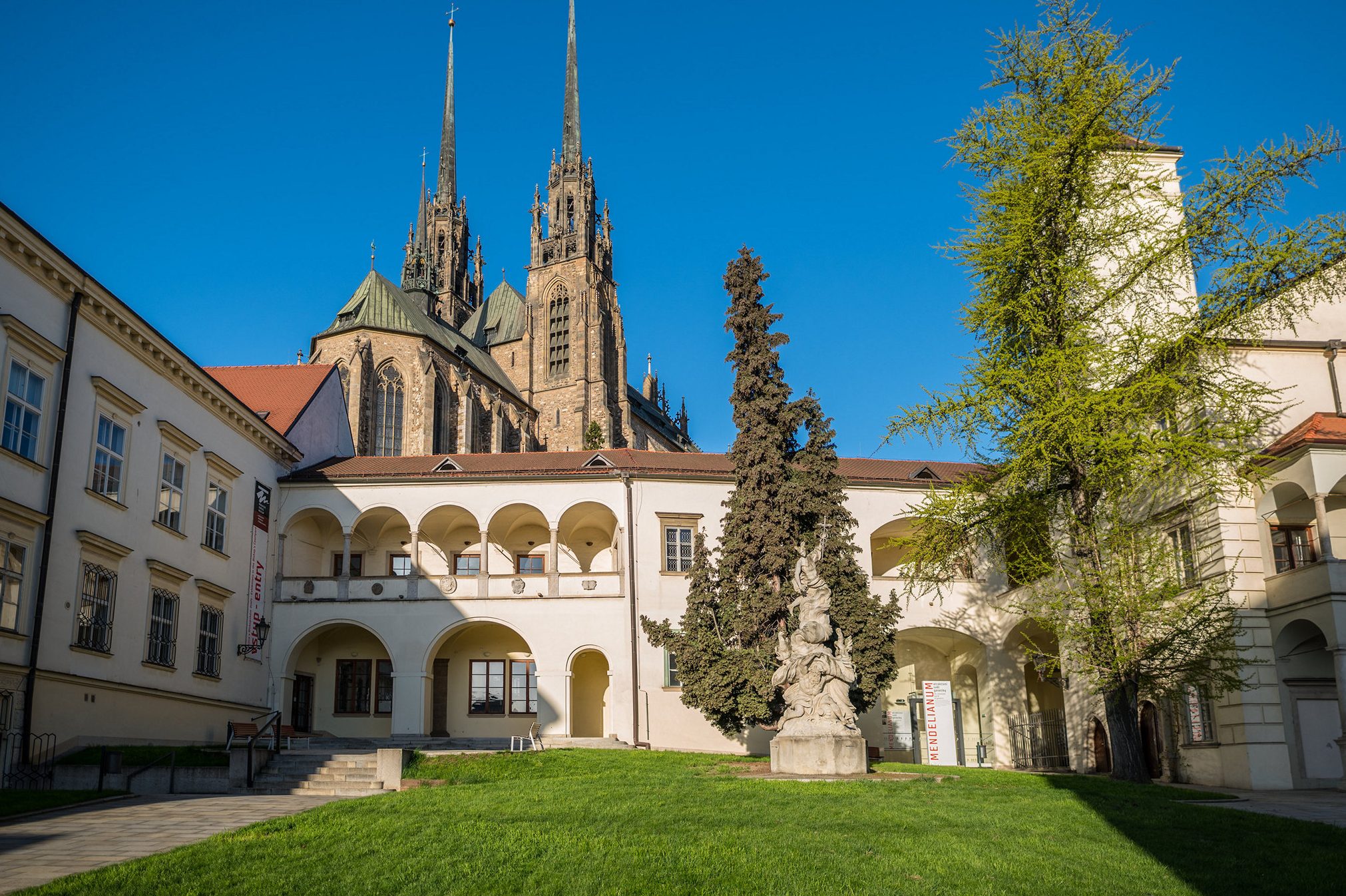 Tell your friends about Bishop’s Courtyard!