Over 2 metres tall, with a child’s body and an adult’s head

This statue, cast in black bronze and placed on a five-metre high sandstone pillar, was installed on Zelný trh (the Vegetable Market) in 2008. It is located in the lower part of the square, in front of Reduta, where the eleven-year-old prodigy Wolfgang Amadeus Mozart gave a concert with his older sister Maria Anna (nicknamed Nannerl) in December 1767. The statue is Mozart’s symbolic return to Brno after more than 240 years.

This statue of Mozart calls to mind an enchanting acrobat, balancing on a stylised clavichord. He is naked to symbolise the desire for freedom, and his posture is that of a musician accepting applause as well as a classicist-style allegory of joy, freedom, and élan. On his back, Mozart has only one angel wing, as a reference to his tragic end. 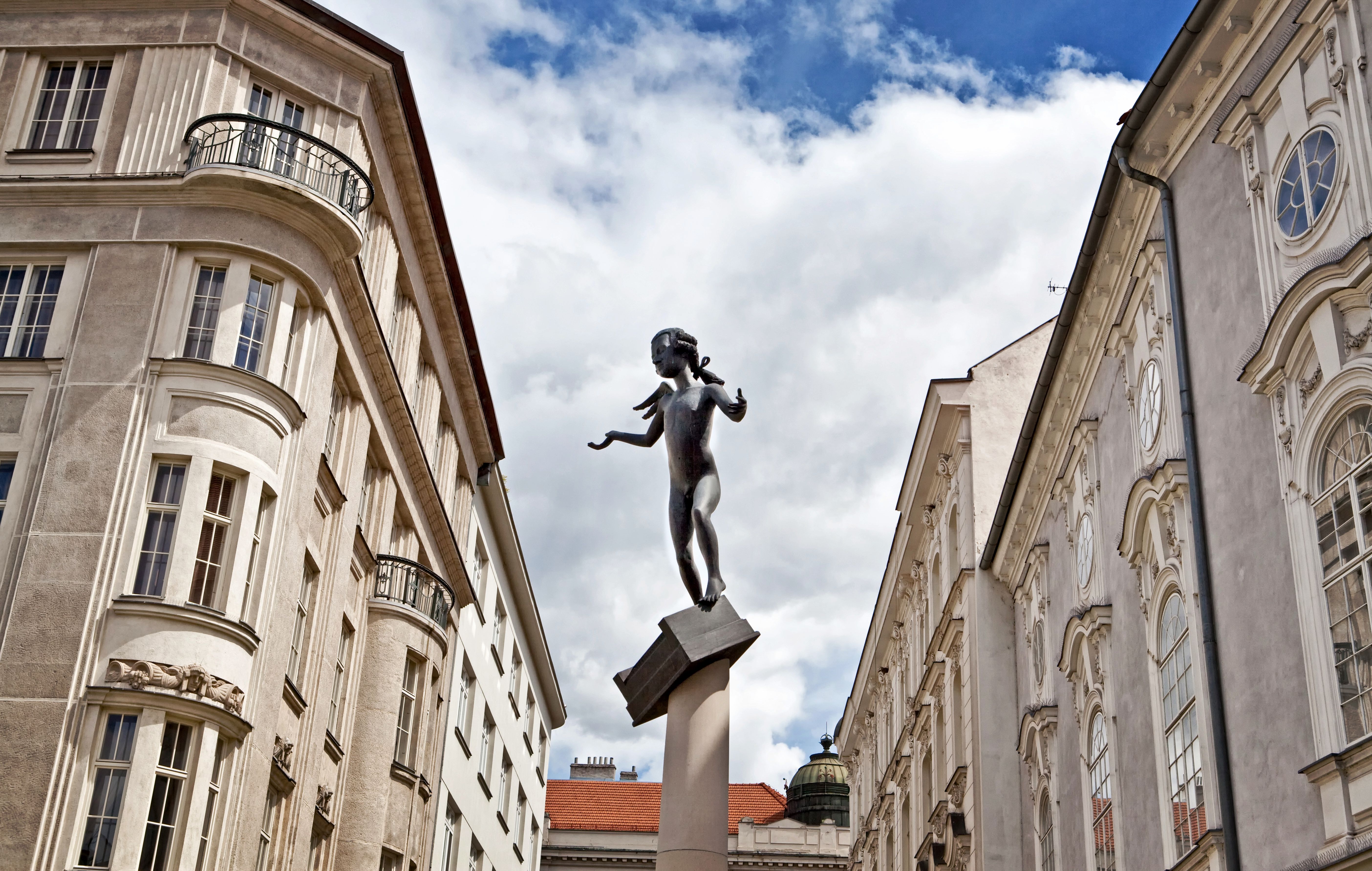 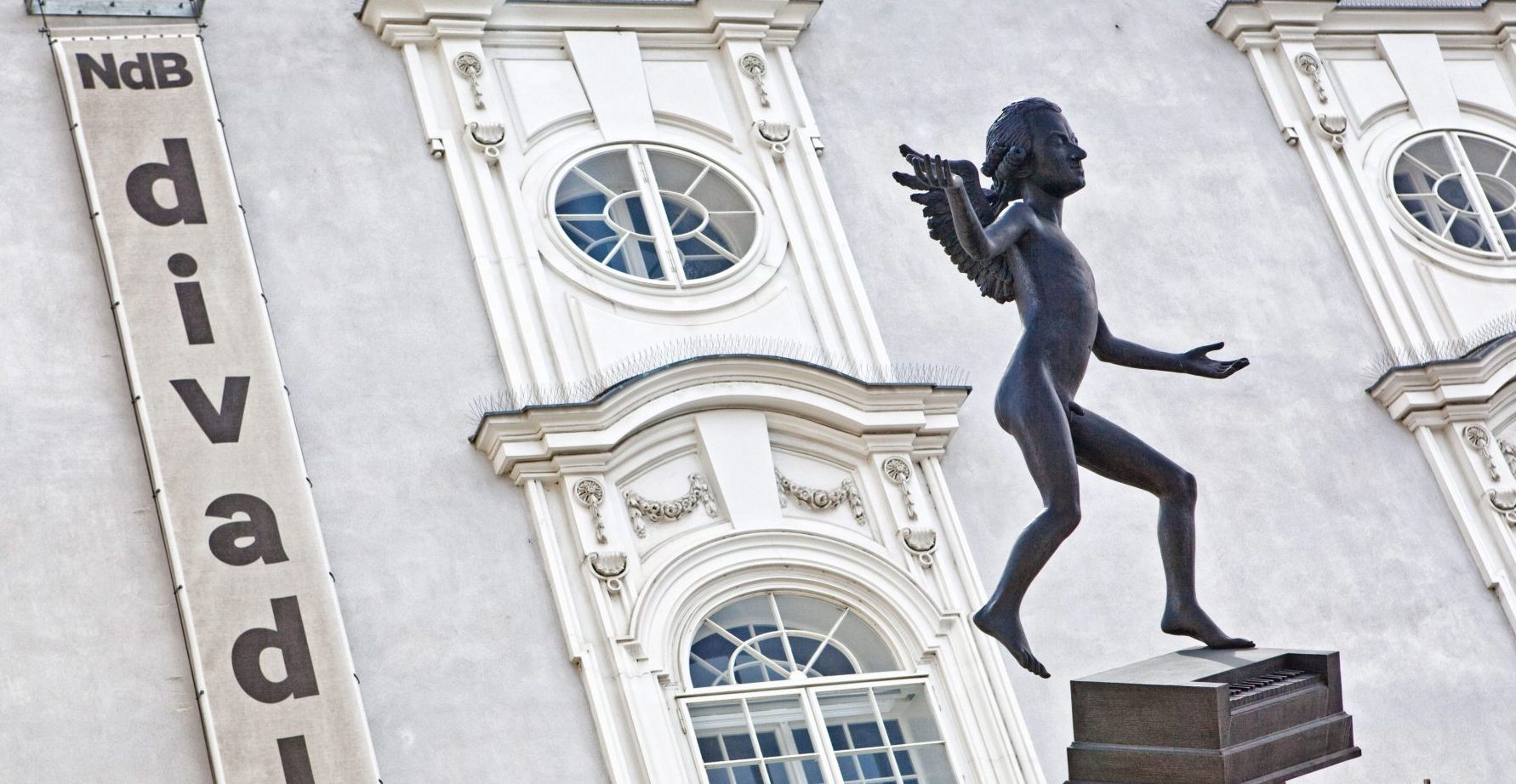 Tell your friends about statue of Mozart!