The Czech comedy film Fuckoffguysgoodday stars Bolek Polívka in the leading role as forest worker Bohuš. He lives with his aunt in a run-down cottage in an unnamed Moravian village and suddenly comes into a huge inheritance. Now an overnight millionaire, Bohuš begins to live it up. But he does so on his own terms – he keeps his common sense and remains true to his character, which basically means all his investments sink without trace. The climax of the film comes when a lawyer discovers that the benefactor was not in fact Bohuš’s real father, which means our hero has to return everything he bought… At the very end of the film there is yet another plot twist: Bohuš inherits for a second time – a much larger amount – and this time from his real father.

Café Slavia is located on the ground floor of the eponymous hotel, fondly referred to as the ‘gentlewoman’ among Brno’s hotels. You can find it right in the historic centre, where it was opened in 1899 by the Czech patriot Karel Moravec. He succeeded in establishing a first-class enterprise, popular with the local population as well as foreign visitors. The building was not simply reserved for staying guests, but opened its doors to the general public: there were billiard tables, reading rooms, and the illustrious Café Slavia, whose summer terrace is still used today. In the 1990s the hotel underwent thorough renovation; nonetheless, it preserves its reputation as being a 100% Czech-owned enterprise, extending a welcome to local and international clientele.

The modern and timeless Hotel International, standing proudly in the centre of town opposite Špilberk Park, is one of the most important and best-preserved structures of the so-called ‘Brussel’s Style’ (inspired by EXPO 58) in the Czech Republic. It was built in 1959–1962 according to a design by Arnošt Krejza and Miloš Kramoliš, who drew upon the earlier 1957 plans of architect Vilém Kuba. The eleven-storey building is infused with the style of Brazilian architect Oscar Niemeyer, and also contains elements of late functionalism. It opened its doors for business in 1962, and in 2013 was awarded the status of cultural monument.

It may surprise some that one of the most famous streets in the Moravian capital is not called Moravská, but Česká (i.e. not ‘Moravian’, but ‘Bohemian’). It’s first mentioned in the 14th century under the name platea Letorum. The modern name derives from the fact that it was a centre of Czech (as opposed to German) cultural life at the turn of the 20th century. Brno locals call it the Čára (‘Line’) and it leads from the square Žerotínovo náměstí, on which stand the official building of the South Moravian Region, Constitutional Court and Rectorate of Masaryk University, down to Freedom Square, Brno’s main square with its town clock and plague column. 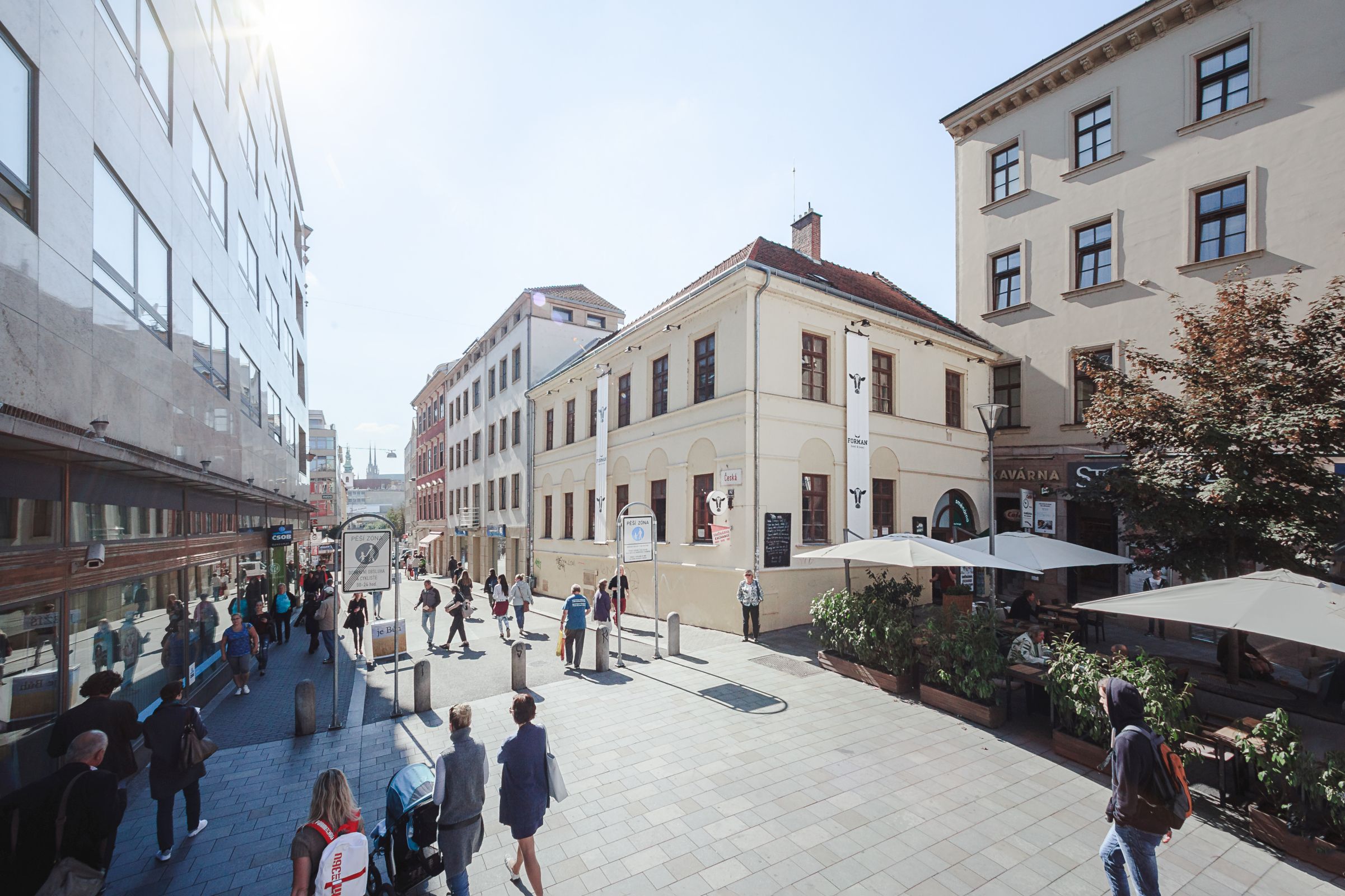 Tell your friends about Fuckoffguysgoodday!