A library with an outstanding interior and an excellent view

The library is located in what is what is known as the academic neighborhood of Brno and is close to five university faculties. Its location in Kounicova Street was reserved for it in the 1930s, and architects Bohuslav Fuchs and Jiří Kroha counted on this in their designs.

In 1994, the rectors of all the local universities agreed that Brno and its students, scholars, and university staff desperately needed a new library. From designs submitted by 34 architectural studios, an international committee chose the design by architects Tomáš Adámek, Petr Benedikt, and members of the ONEX s.r.o. studio.

It was important that the functions and daily use of the building be reflected by its exterior, so the building is divided into four basic elements, each containing a separate, compact part. Its two towers contain storage areas and represent an indestructible source from which information flows in several currents; these currents meander, as the path toward knowledge is never straightforward. Offices are located in its southern wing, the central part is a communication and relaxation zone, and the northern wing houses study rooms. 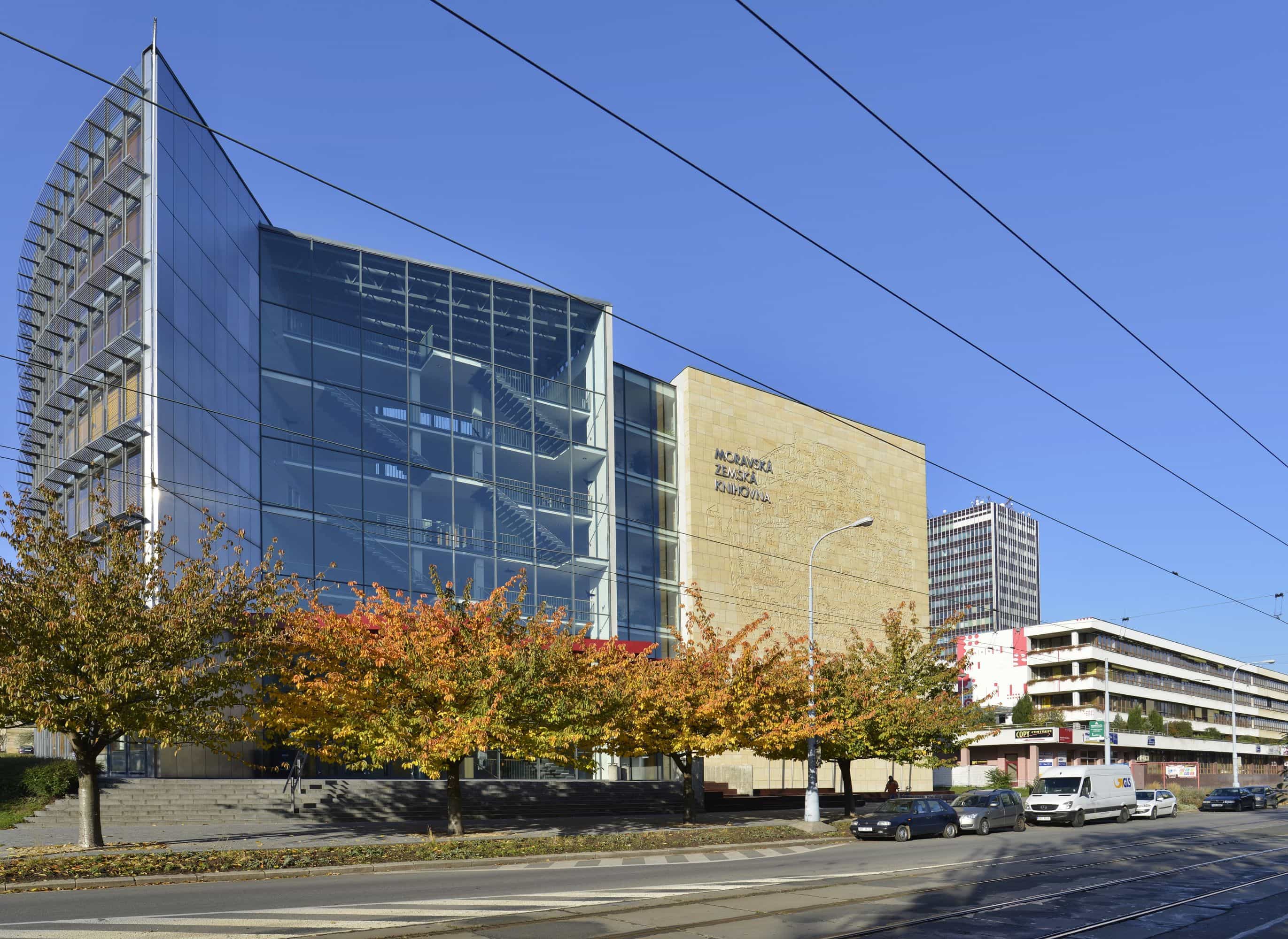 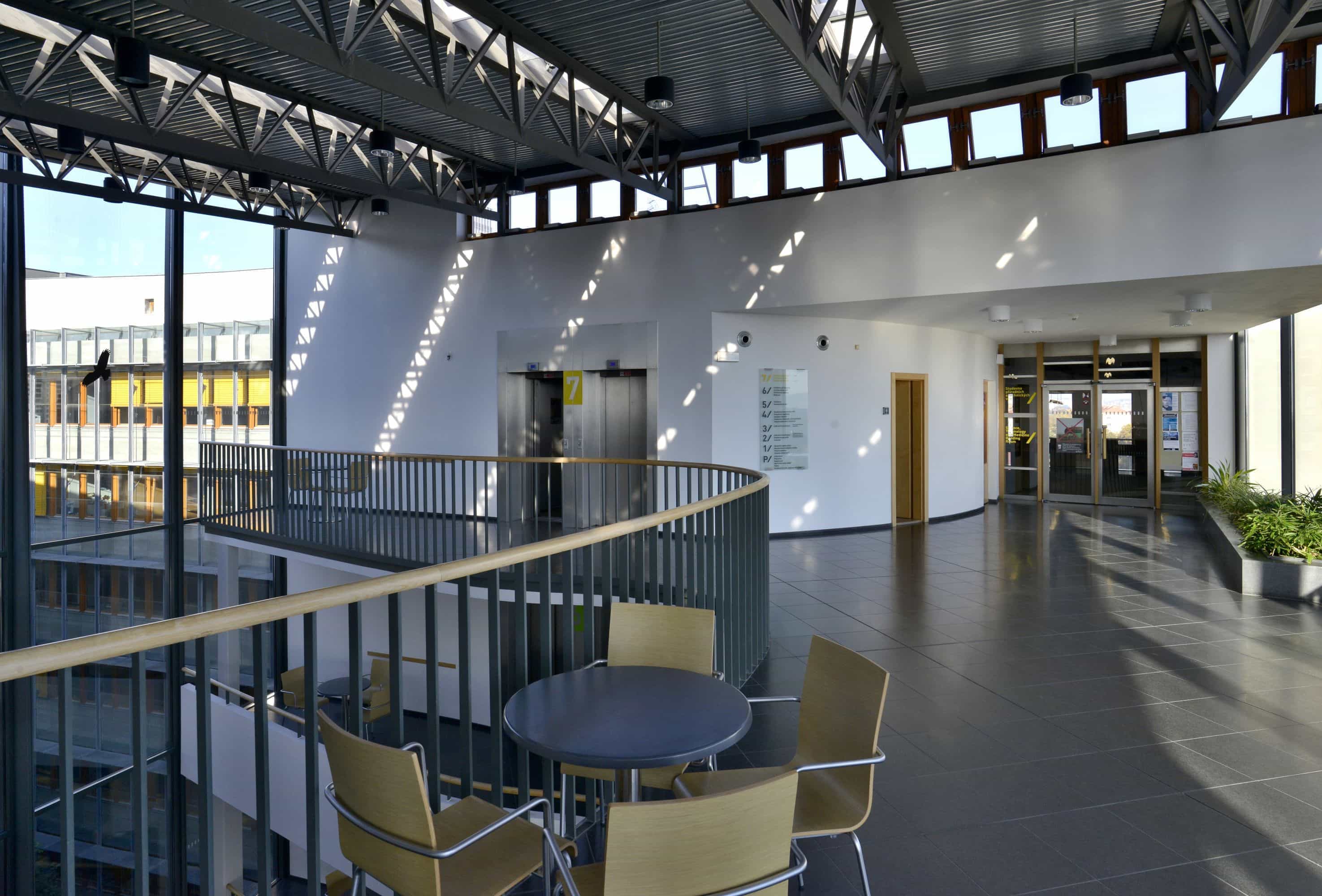 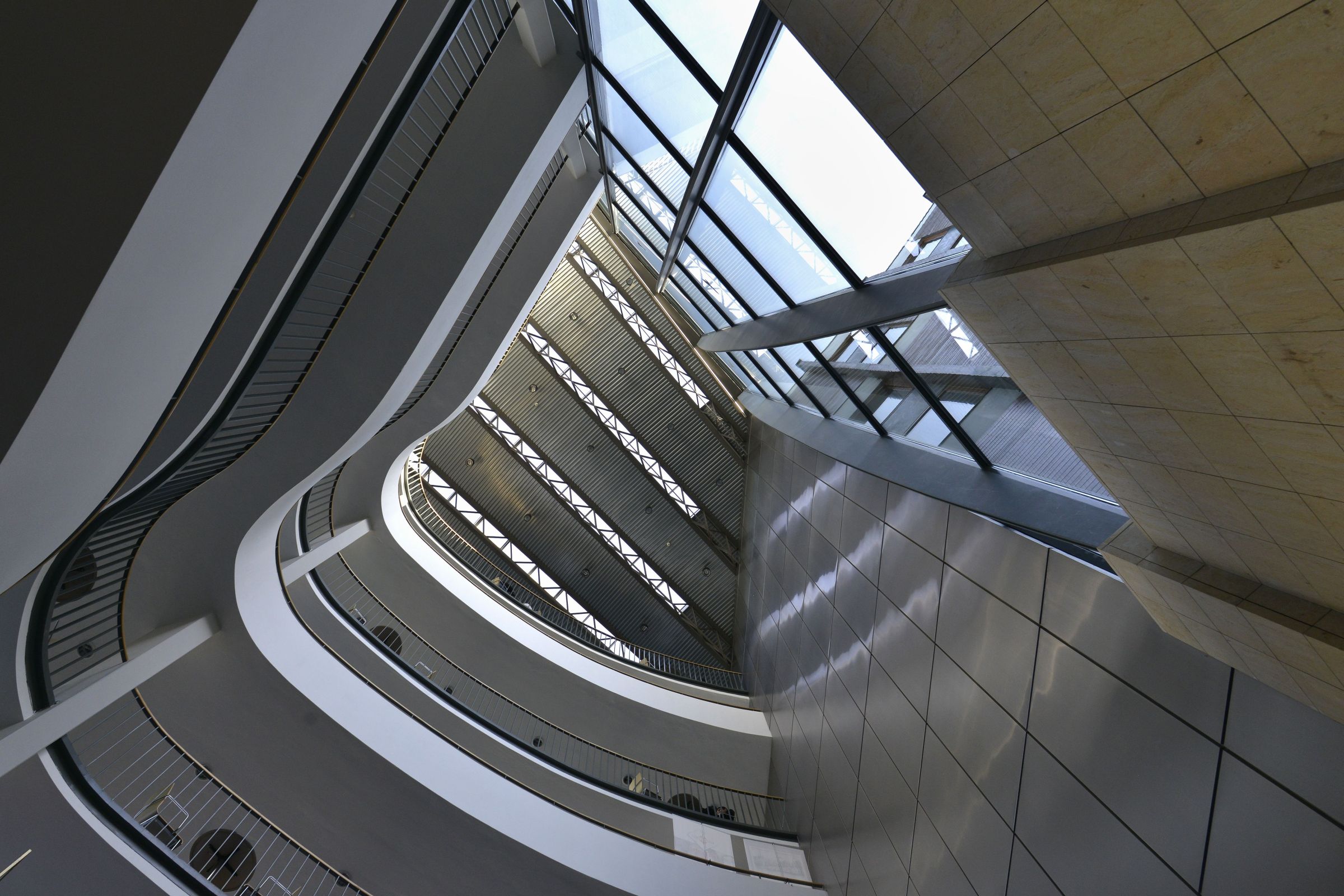 Tell your friends about Moravian Library!