The two-part Maria Theresia focuses on two life-changing moments in the life of the young Empress – one examines her childish infatuation with and later marriage to Francis Stephen of Lorraine, the other deals with her accession to the throne and the Hungarian coronation. The series also serves up a monumental spectacle, showing important events in Czech history such as the coronation of Charles VI as King of Bohemia at Prague Castle or Maria Theresia’s coronation as Queen of Hungary, which took place in St Martin’s Cathedral in Pressburg (Bratislava). The series depicts balls and receptions at Empress Theresia’s court, her flotilla on the Danube and the blessing of the Austrian and Hungarian armies.

On the site of today’s Valtice Chateau once stood the original 12th century Gothic castle. In 1530 the estate became the residential home of the Lords of Liechtenstein, who over the coming centuries transformed the property into a substantial country home. Its current form bears the imprint of several illustrious architects of the 17th and 18th centuries – Anton Ospel, Anton Erhard Martinelli and Antonio Beduzzi. In 1996 the chateau and chateau area – including buildings such as the Temple of Diana and the Colonnade – were listed by UNESCO as part of the world’s natural and cultural heritage.

In the film, the interiors of Valtice Chateau stand in for the Empress’ rooms at the Hofburg, the imperial palace in Vienna. The room in which was shot the newly-wed games of Princess Maria Theresia and Francis Stephen was returned to its more historically faithful appearance after filming, i.e. the red carpets of the series are now golden once more; other chateau interiors were not changed. Additional rooms served as the study of Charles VI and the family dining room. The crew also shot in the corridors, the Baroque chapel, courtyards, and in the chateau park. During the 200 minute runtime an unbelievable 2,500 costumes, 500 wigs and 2000 extras appeared on our screens. 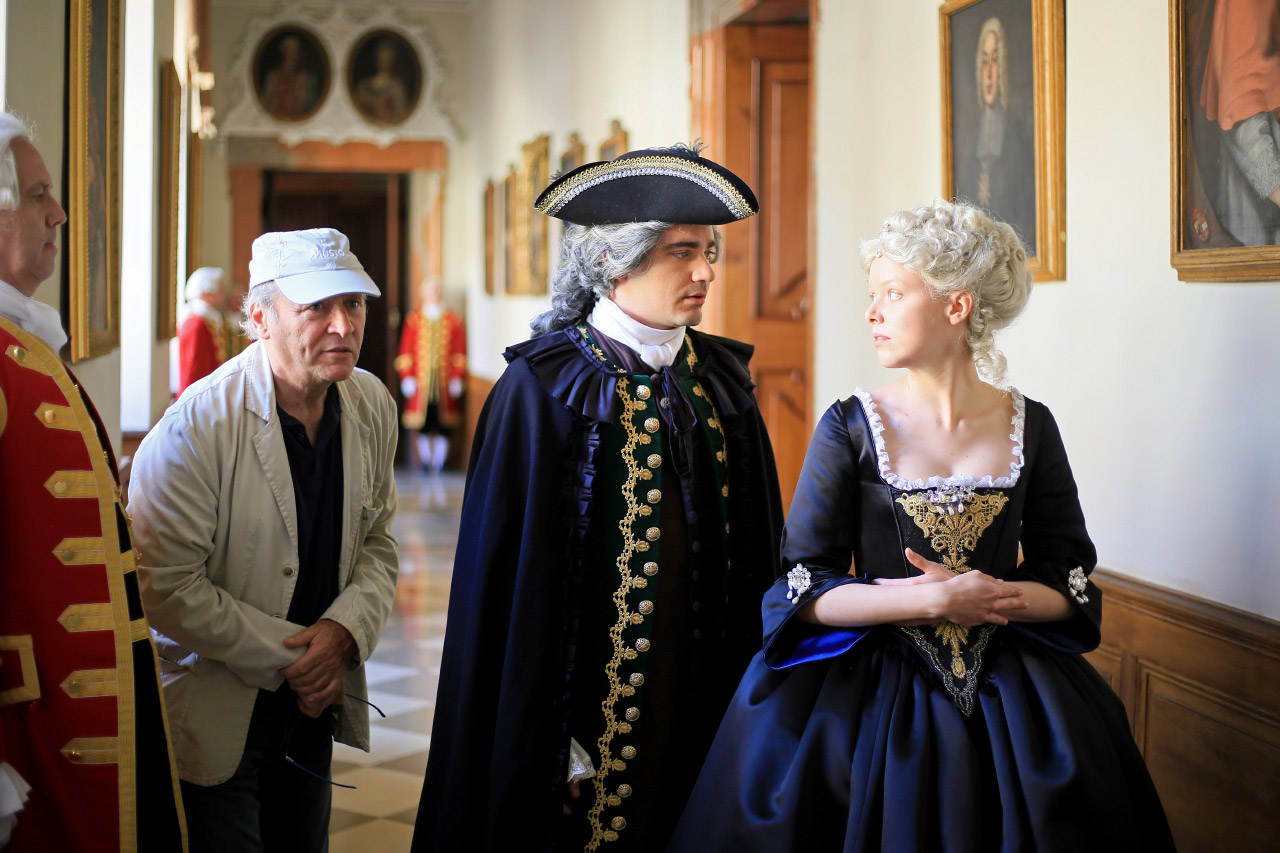 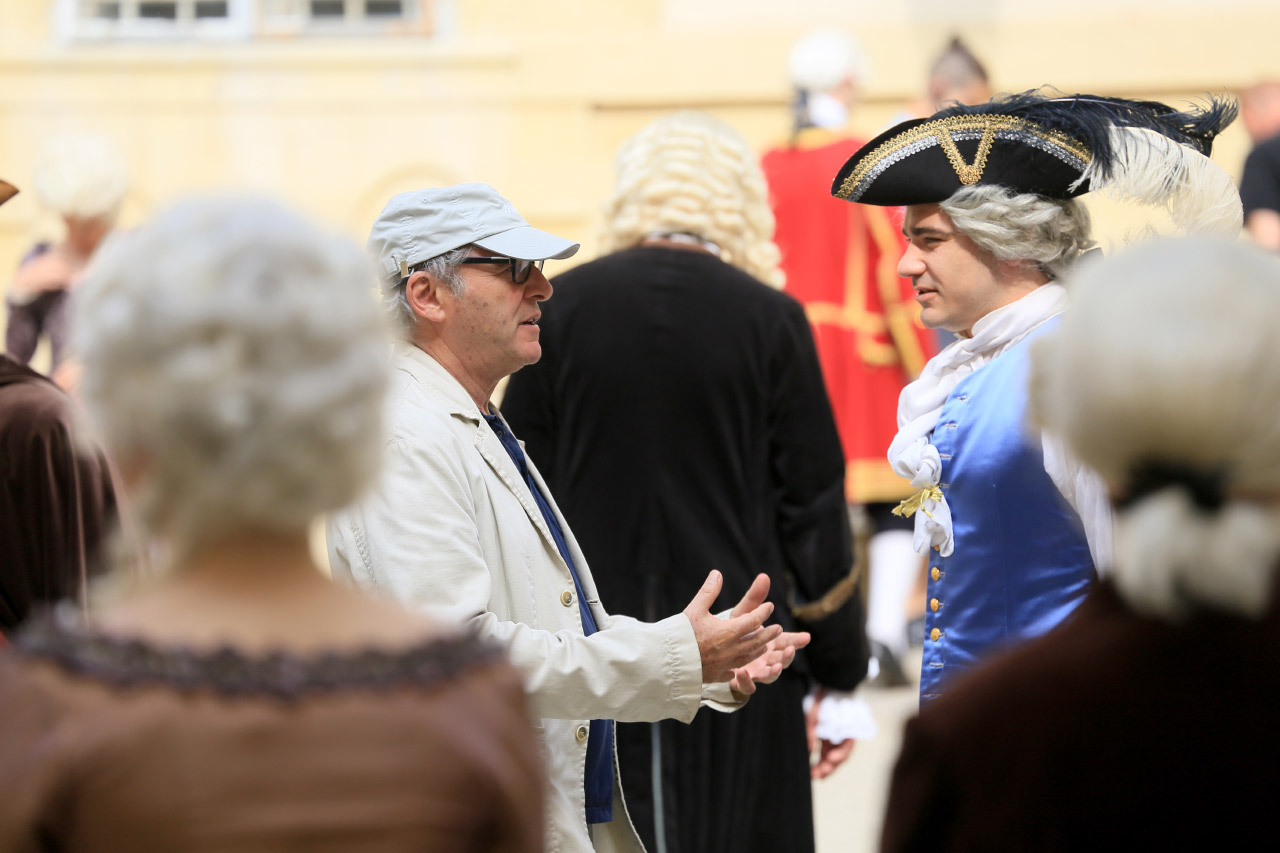