In 1928, the board of directors of Moravian Bank decided that a new building should be constructed on the site of the demolished Kounicův palác (Kounic Palace). The job went to Bohuslav Fuchs and Ernst Wiesner, whose designs won the competition. The building, which featured a wide commercial passage, substantially influenced the look of Brno’s main square, as a vertically segmented curtain made of opalised glass suddenly appeared among the existing historic facades, sparking considerable controversy. This unique functionalist building is open to the public during the office hours of Komerční Bank, which now occupies the building. The two-level interior central hall is illuminated by a ceiling made of glass and concrete. 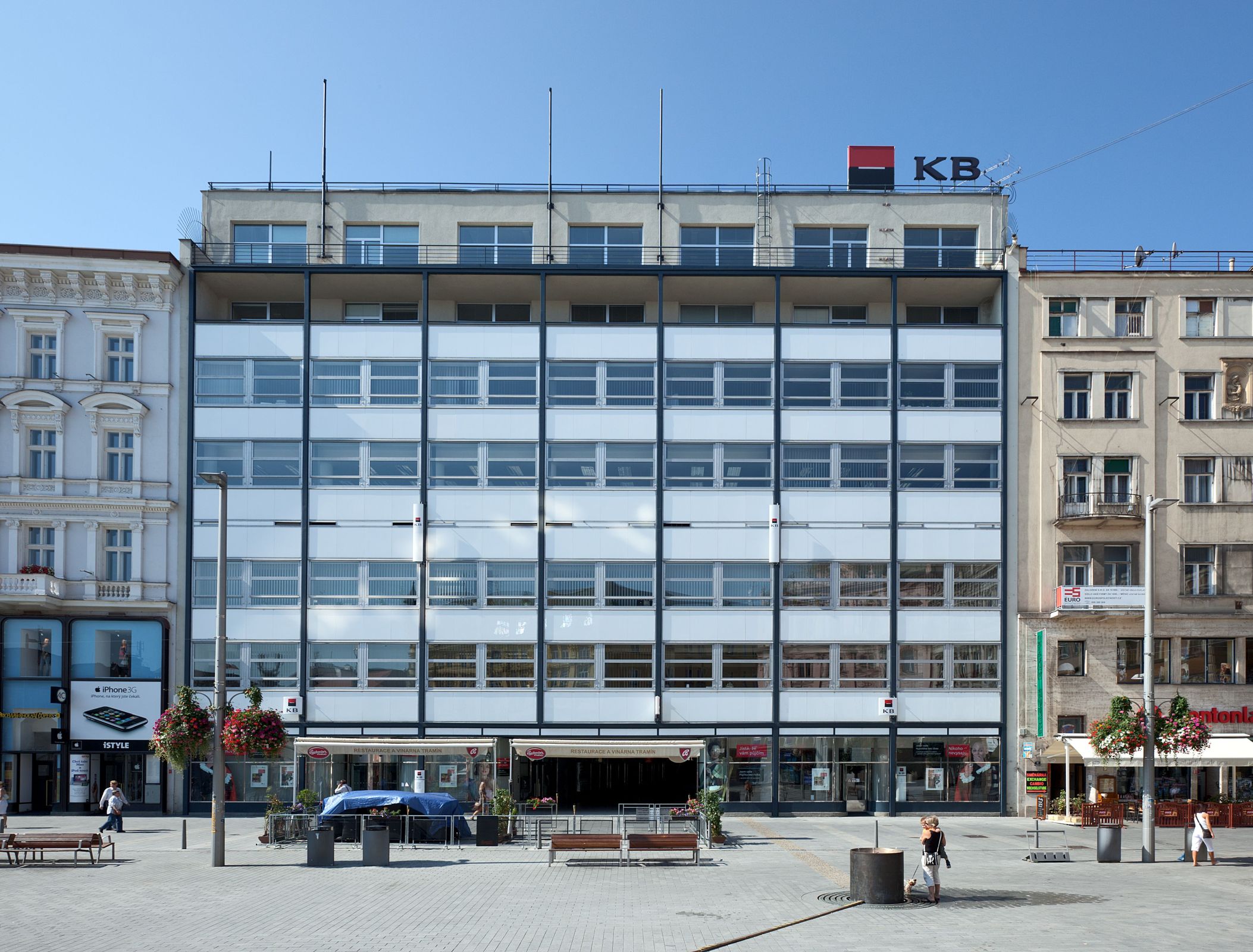 Tell your friends about Komerční Bank!