THIS IS BRNO; Kateřina Tučková: In Search of Brno’s Industrial History

Tourist season of 2020 will be dedicated to industrial heritage, not just architecture, but also stories from industrial Brno. You might not know it now, butthere is plenty to look forward to. As a teaser, we are releasing a chapter In search of Brno’s industrial history by the phenomenal Brno writer Kateřina Tučková, who wrote it for the authentic guide to Brno THIS IS BRNO in 2017. One of the novelties scheduled for the next year is also the third volume of THIS IS BRNO, which is going to be dedicated all to Brno industrial.

Did you know that Brno once described itself proudly as the Moravian Manchester? This article is a rundown of the people and places that turned Brno into a successful industrial metropolis in the 19th Century, the stories involve dedication, hard work and even a slice of aristocratic criminality. The rich legacy of Brno’s textile industry is now slowly crumbling away, but if you look closely at Brno’s streets there are still traces of this illustrious past.

Brno’s fortunes were changed forever when a young freemason called Franz Hugo Salma set out for England in 1801. He intended to steal the plans for the most modern textile machinery in the world. His crime, the first recorded act of industrial espionage, boosted the competitiveness of Moravian textiles. Soon after smuggling the plans out disguised as a worker, and handing them over to Brno’s fledgling textile industry, Brno became the most important textile centre in the Habsburg empire. Salma’s Palace unfortunately fell foul of Brno’s regulations and today all that is left is the entranceway on the corner of Jozefská and Masarykova Streets.

Czech author, playwright, publicist, art historian, and curator of exhibitions. She has won several literary awards, including the Magnesia Litera Award and the Czech Bestseller Award. In 2017, she was awarded the Freedom, Democracy and Human Rights Award by the Institute for the Study of Totalitarian Regimes. She also has received the Premio Libro d’Europa at the Book Fair in Salerno, Italy. Her books have been translated into sixteen languages.

The Factory of Max Kohn and Tugendhat (Vlhka 21)

This textile factory on Vlhka street was founded in 1870 by Max Kohn and after 1908 it was run by Emil Tugendhat and after him his sons, Hans and Fritz, who had the famous Villa Tugendhat built after the designs of the architect Mies van der Rohe. The villa is now listed as a world heritage site by UNESCO. Even though the original Jewish factory owners survived the war, the communists took took all their property and nationalized it, and the factory became part of Mosilana a nationalised textile company. After the wild spate of poorly thought out privatisations at the end of communism the factory was shut down. 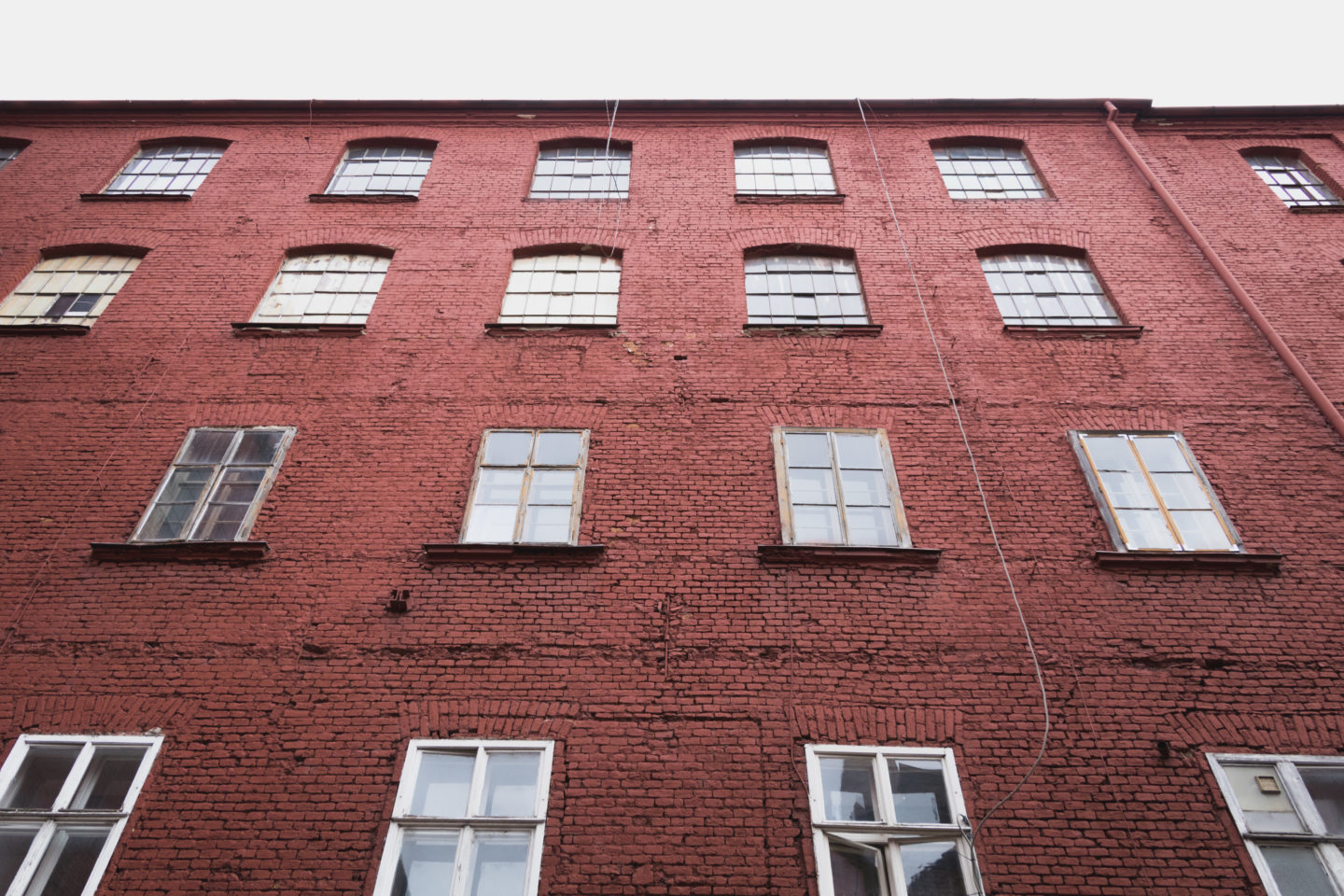 The Schoeller Villa and Factory (Cejl 50/52)

The development of Brno’s industry at the end of the 18th century attracted many European industrialists to the city. Among them was the Schoeller family from the Dueren in Germany. They set up a subsidiary here – the large textile factory on Cejl, and beside it a opulent villa. During the second world war they became attracted by Nazi ideals and the head of the family in Brno, Philip Alois, even found himself as a elevated functionary of the Nazi Party. The family moved to Vienna in 1945 and their factory and villa were confiscated by the State.

The architecturally fascinating cultural centre on Spolková street was built in 1897 in the the centre of the factory district near Cejl. It was built as a meeting place for the workers. It soon also became an important political centre, with speeches from Josef Hybeš and it became the place where the Brno Social Democratic Party started. There, in the beautiful garden, were various parties held even by left-wing artists from the group, Devětsilu, later it was a place for entertainment and dancing. In the 1990s, it was divided up into two clubs, THC and Harlem. The half-remembered venue is now in disrepair.

In the area of Cejl, during the 19th century, the Pavlač buildings were built for the workers of the neighbouring factories – for Czechs, Jews and Germans. This is perhaps where the Brno dialect, Hantec, comes from. That specific brno dialect of the working classes, combining elements of Yiddish, Czech and German. The small rooms were often occupied by large families, who shared social areas. The only source of drinking water was in the courtyard. Back in 1907, the local press was writing about the catastrophic hygienic conditions and the poor health of the workers both from their working conditions and the home condition, all of which contributed to the high death rate among the inhabitants. 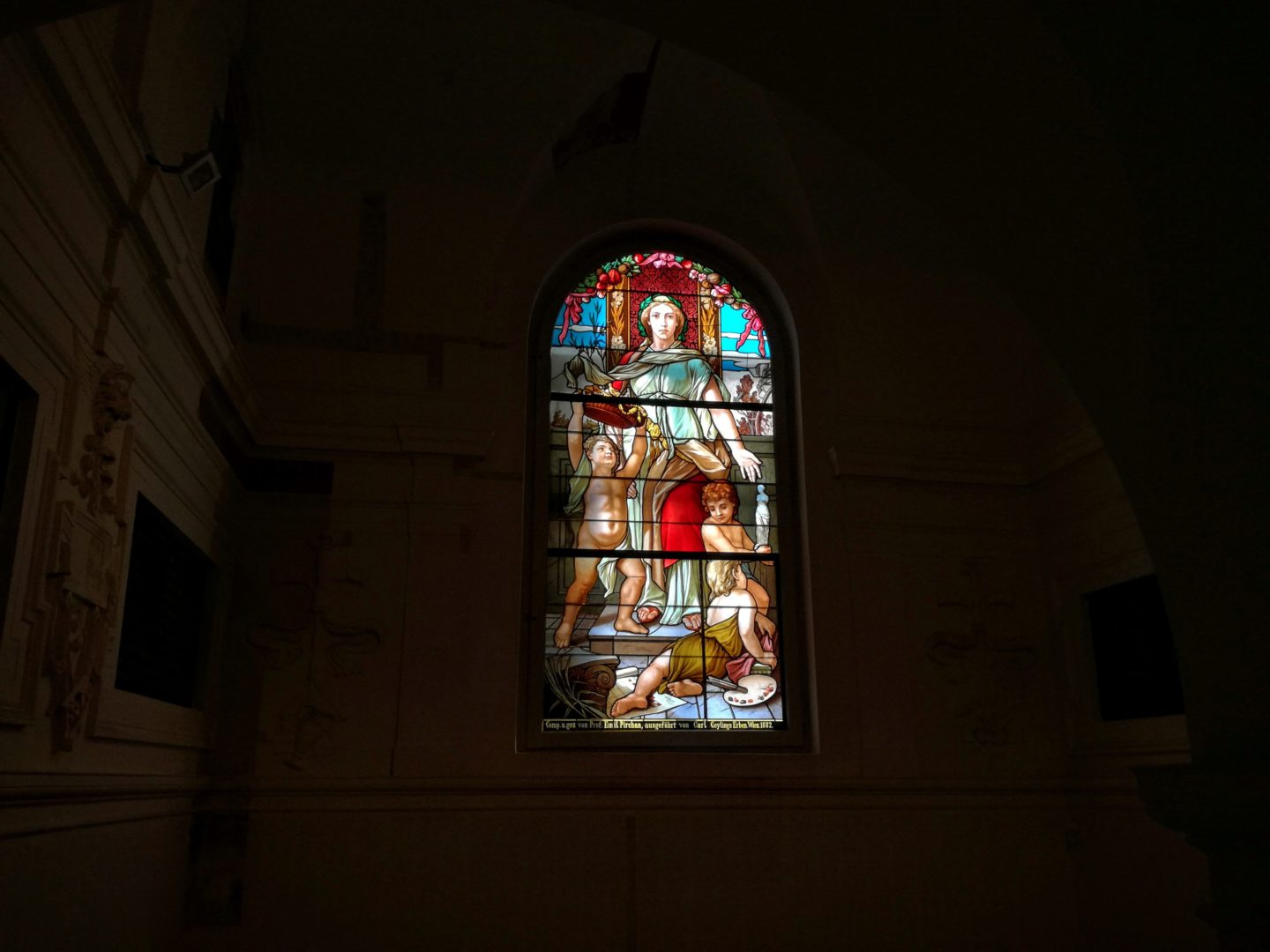 At the end of the 19th Century, when Brno was a mighty european textile player, the factory owners here had influence and wealth. In some cases they even wanted to give back to the city, regardless of their origin. They formed a Moravian Industrial Society, which support cultural and social activities. They also built the neo-renaissance Museum of Applied Arts, designed by J.G. Schoen. As well as financing the building, they also collected together unique artefacts and exhibitions, which were intended for the edification of Moravia. Among the Czech, Jewish and German donors, Theodor Offerman stands out for his generosity. 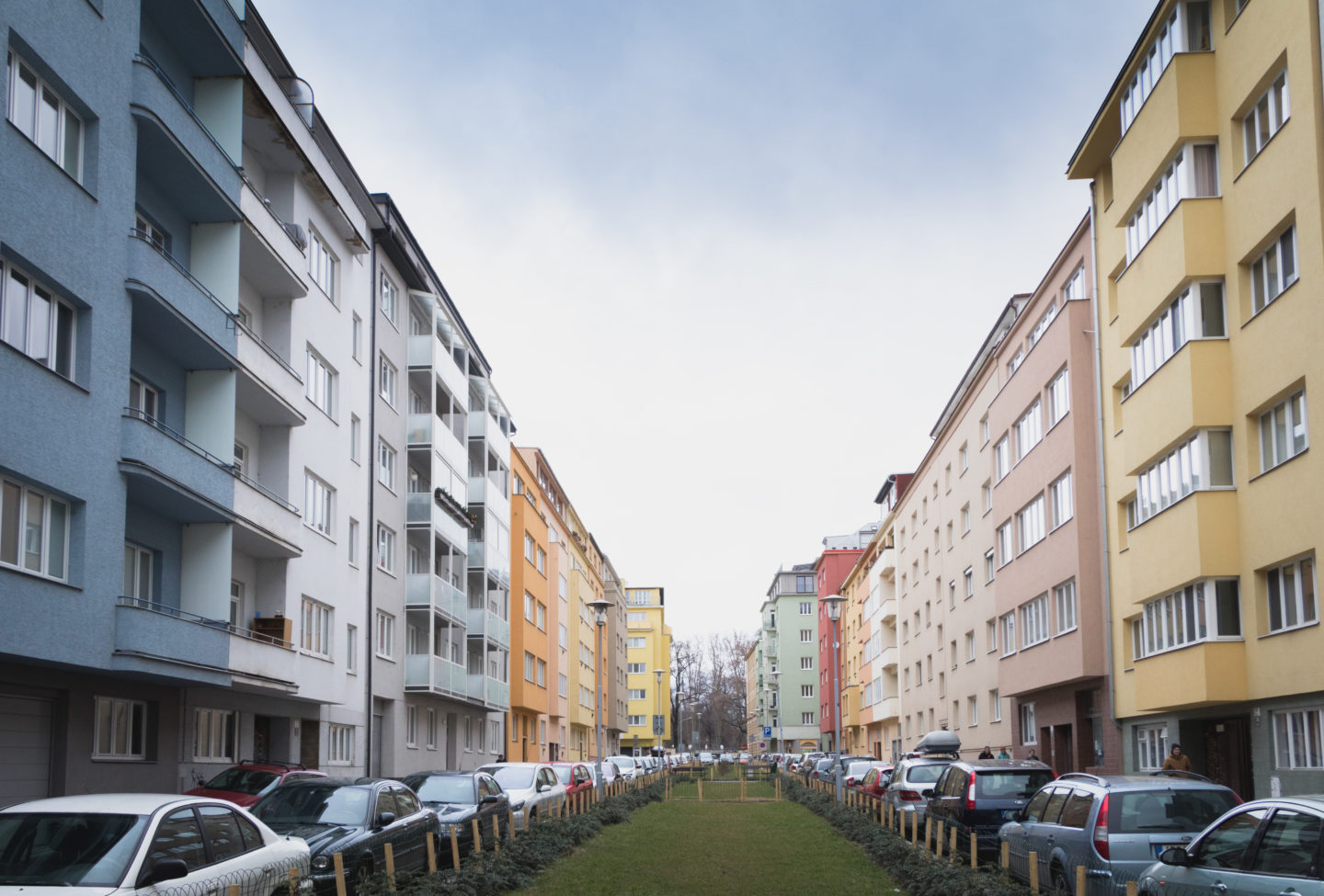 The history of Brno’s textile industry goes back the middle of the 18th century, when J.L. Koeffiler founded his first manufacturing site where the Hotel Slovan is today. The factory, along with its workers was taken over by Heinrich Schmal – after whom the area was named, Šmálka. In 1870, the famous architect Adolf Loos was born here. 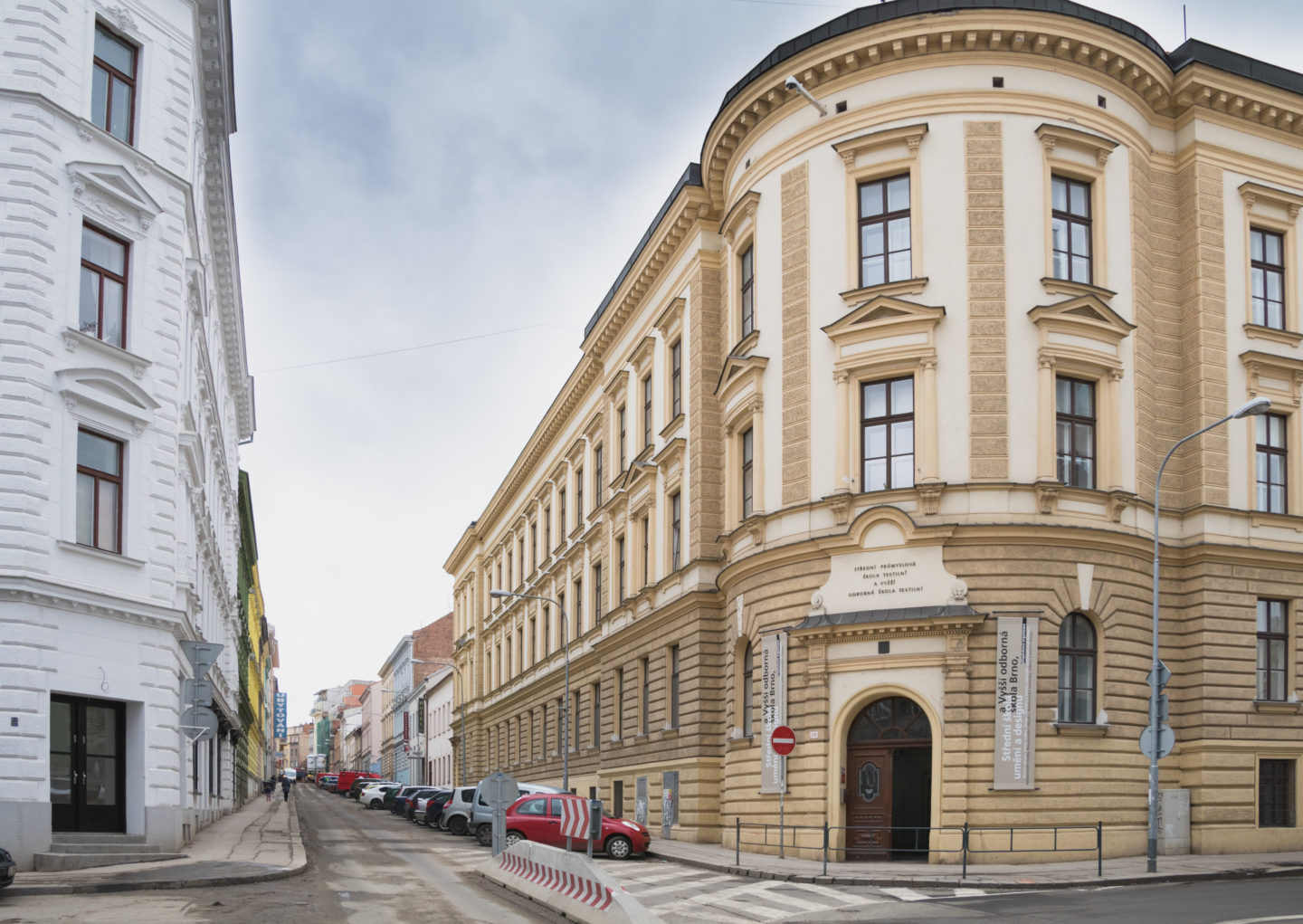 The successful textile industry encouraged the factory owners to consider the education of their workers. They founded a school, to educate managers, masters and specialist workers. It soon became the foremost school of its type in the Austro-Hungarian empire. 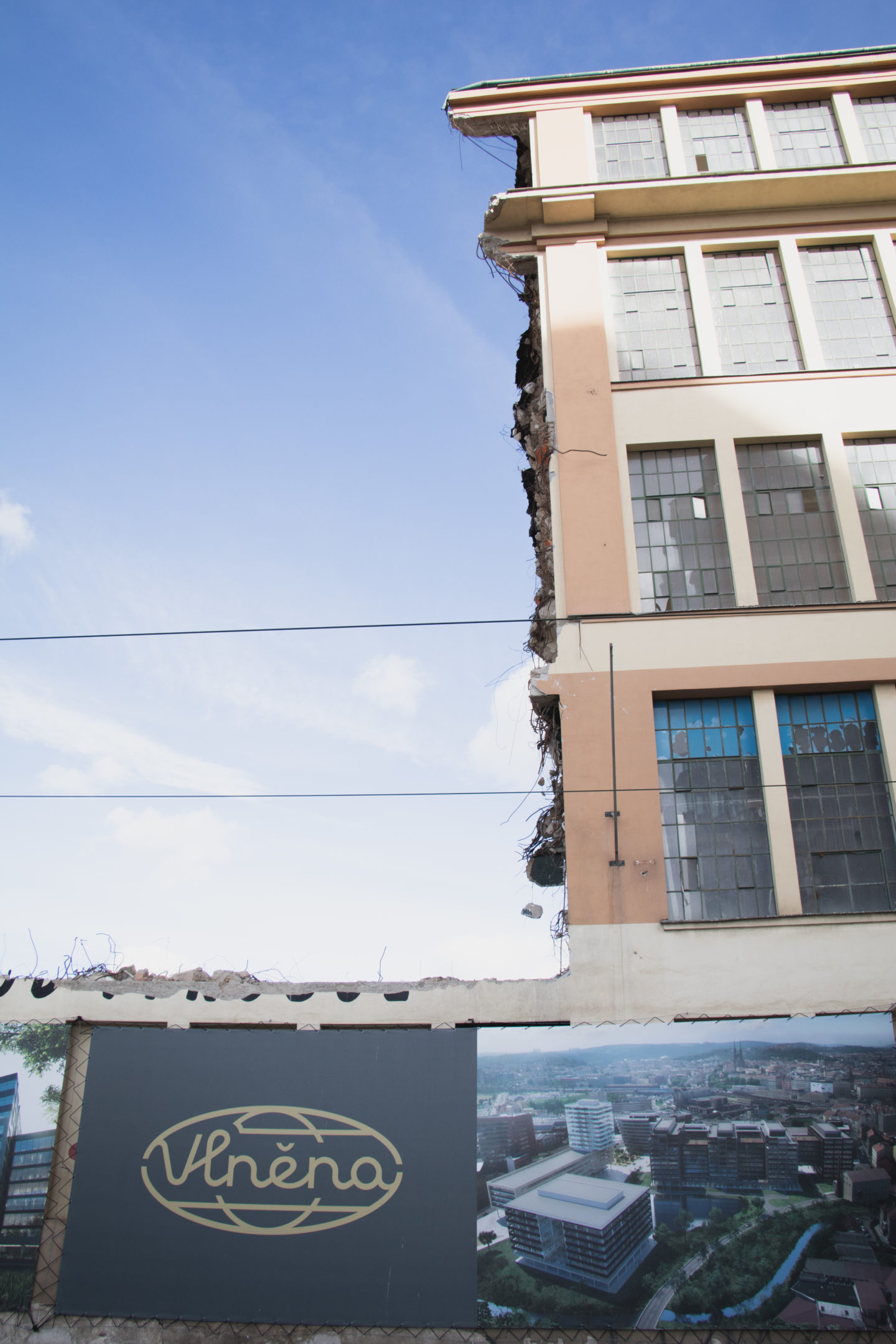 After the 2nd World War, all factories in Brno were nationalised. The new concerns were, Vlněna, based in the Neumark factory and the beautiful Bochner palace on Dornych and Mosilana which lay between Křenova and Radlas. The pressures of ill-conceived privatisation in the early 1990s, more or less killed off both companies.

The chapter In Search of Brno’s Industrial History was published in the authentic guide to Brno called THIS IS BRNO. The guide is available, together with its sequel, on DarkyzBrna.cz

Pass on the In Search of Brno’s Industrial History to other readers.