In June, a Design Vanguard 2019 award for the best emerging architectural studios in the world was given in New York to Ondřej Chybík and Michal Krištof. These Brno architects founded their studio in 2010 and have since drawn attention to their work several times. They have built an international team of 50 architects and designed a pavilion made from containers for the successful Czech exhibit at EXPO 2015 in Milan. In the Czech Republic, they generated controversy in summer 2017 on Moravian Square (Moravské náměstí) with their symbolic reconstruction of the German House from scaffolding. We visited them in their studio and asked about their favourite Brno monuments, plus the worst one, and now bring you our conversation. 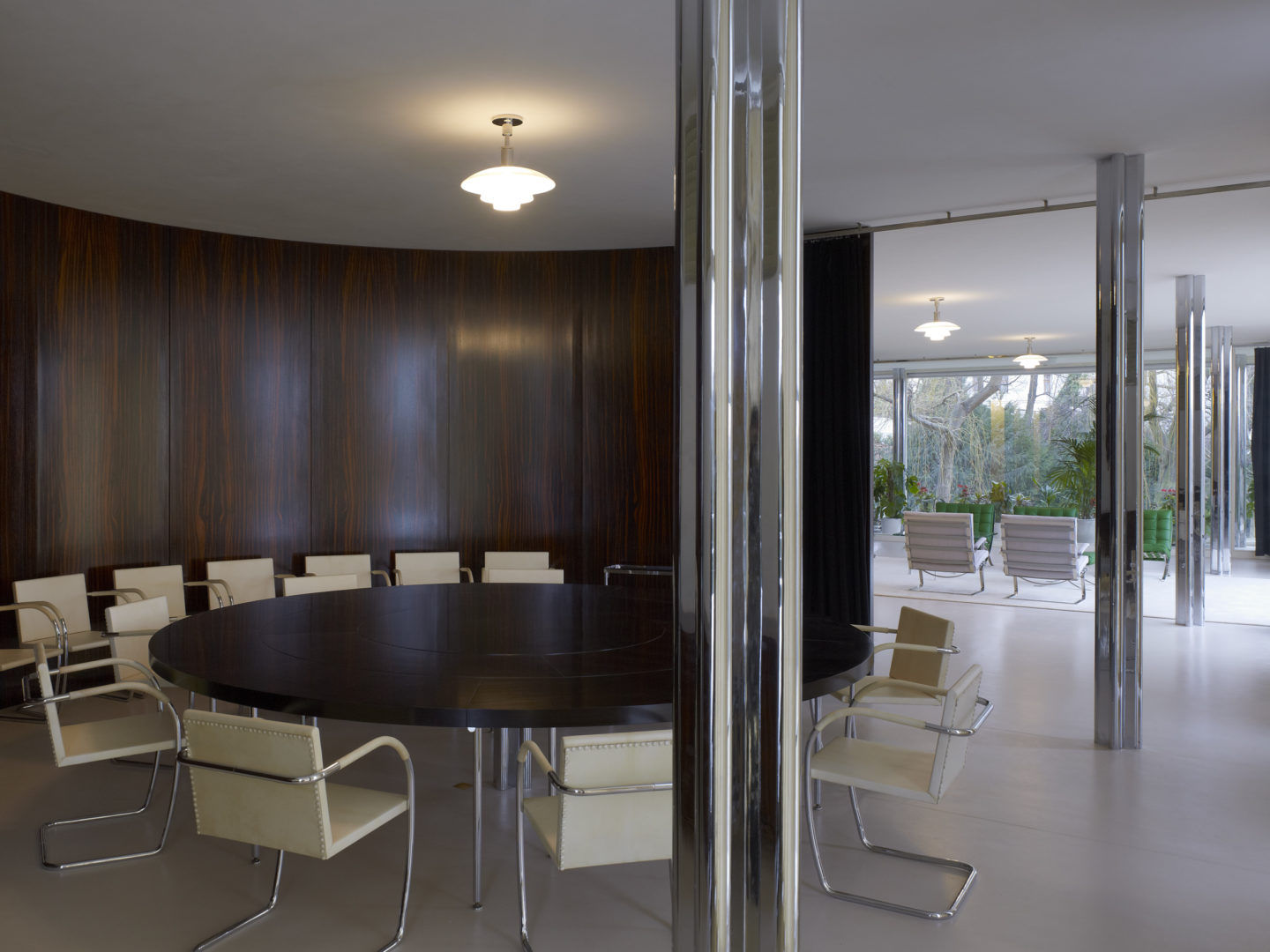 because it’s one of the best-known houses in the world. When someone mentions Brno, everyone knows it because of this house or the chairs designed for the house (Brno chairs designed by Ludwig Mies van der Rohe). I sometimes feel that someone’s playing a trick on us by making us live in chairs. That this chair is better-known than Brno itself is strange. And the villa is one of the three most important houses of the 20th century. 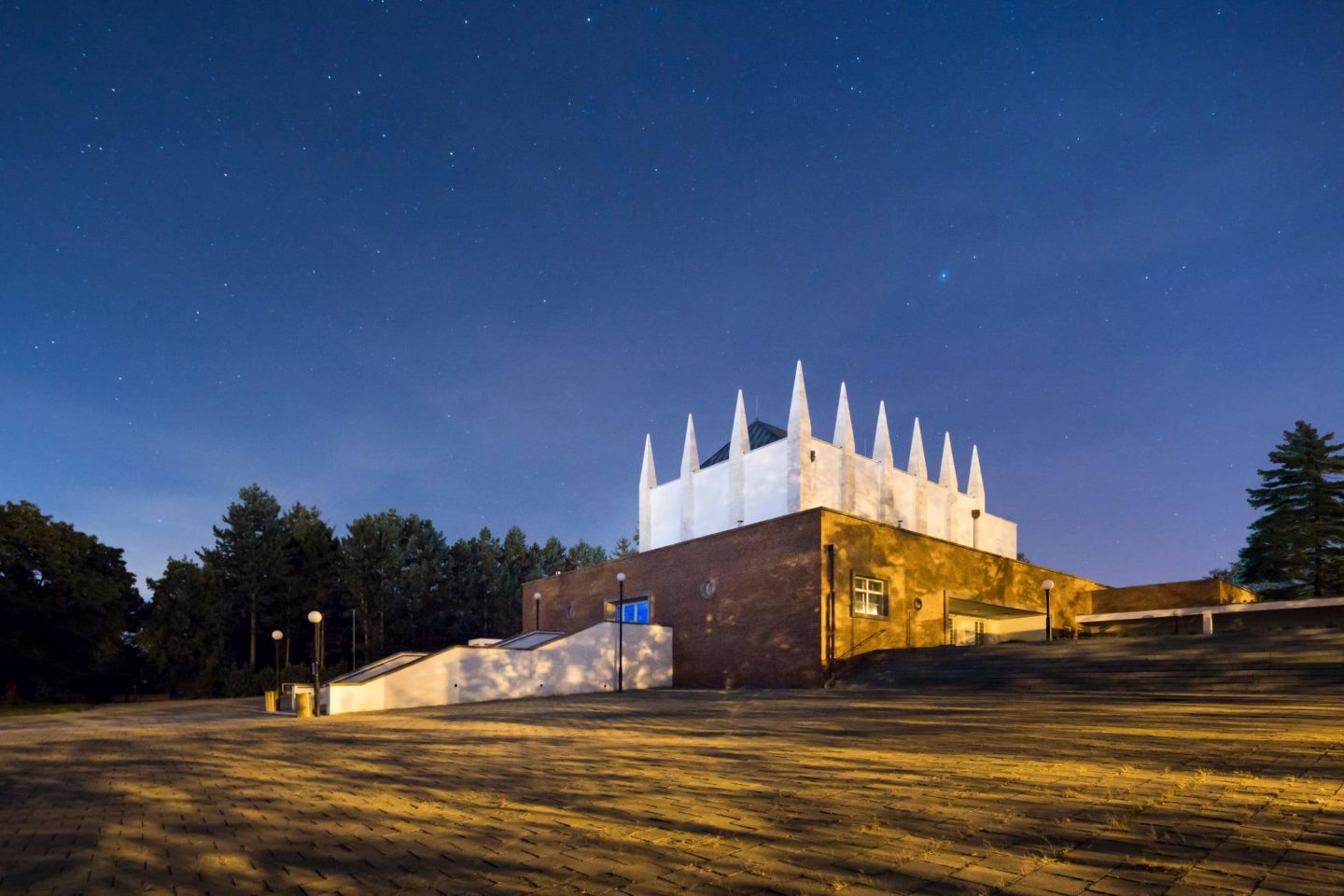 2. The work of Arnošt Wiesner

This includes the Brno crematorium, the Morava Palace on Malinovsky Square (Malinovského náměstí), and the building with B. Fuchs on Freedom Square (náměstí Svobody) – the Moravian Bank (Moravská banka, now Komerční banka). It’s not that dry, white functionalism – instead he played with architectural form in a more interesting way, as can be seen in the crematorium, where he worked with brick added pinnacles on the roof.

3. The work of Bohuslav Fuchs

Then there has to be the buildings of Bohuslav Fuchs – such as the Avion Hotel, which was the narrowest hotel in Europe in its day and has an ingeniously designed layout and wonderful spacial concept. It’s good it’s being fixed up. Then there’s the newly renovated bus station at the Grand Hotel, which is such a beautiful little shell. 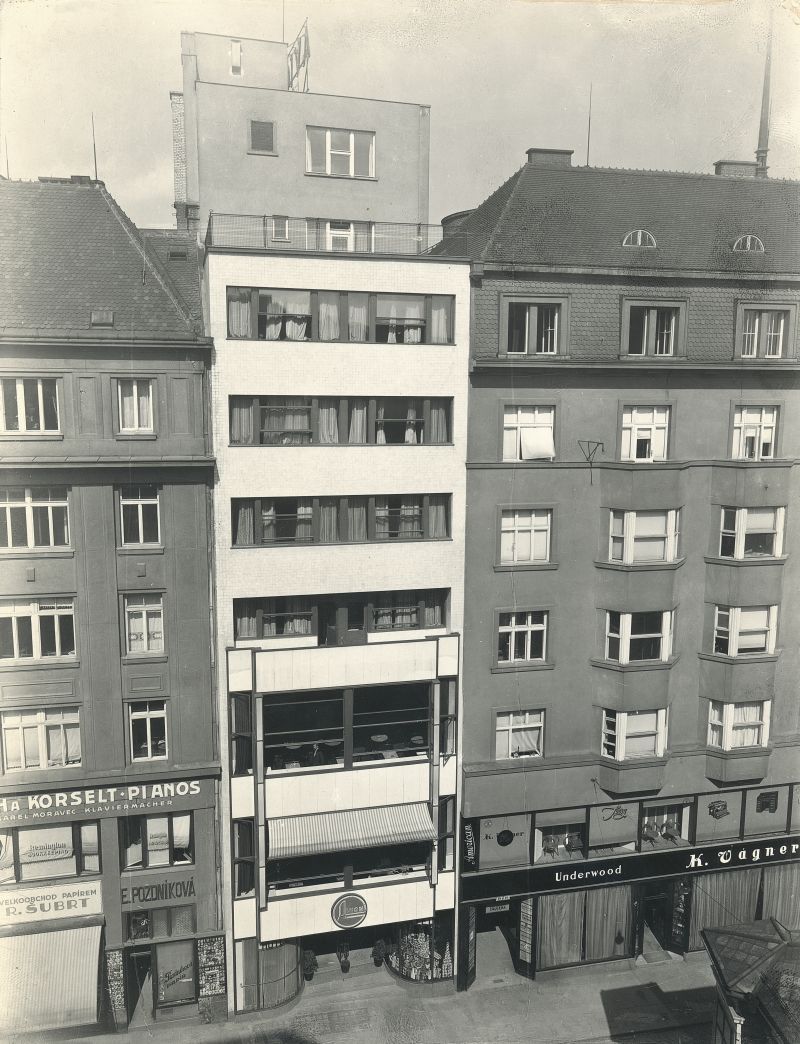 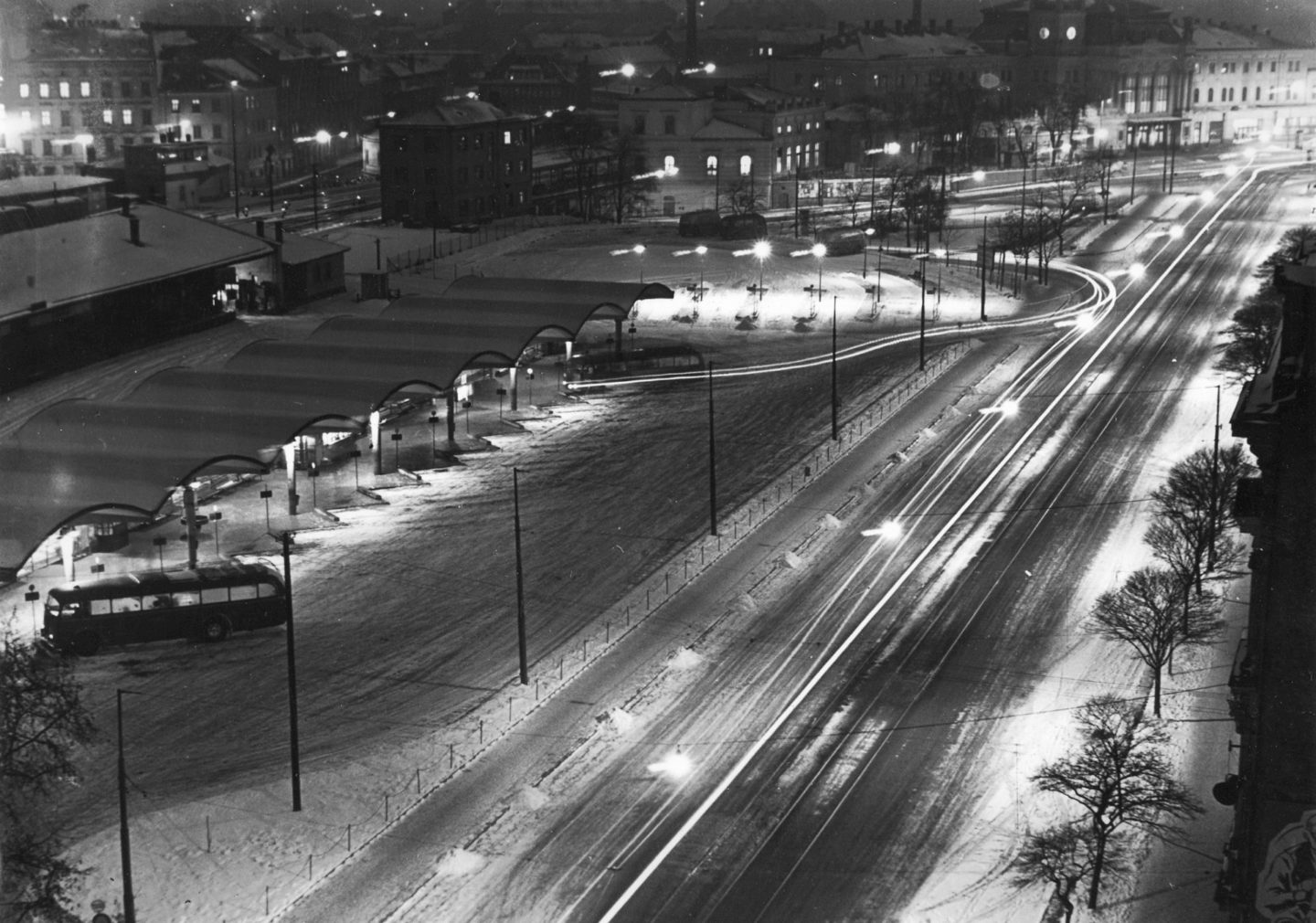 From the 1930s, definitely also the ERA cafe. It’s by Josef Kranz – one of my favourite architects of the 20s. It represents purified, raw functionalism, much more functionalist than Fuchs and Wiesner put together. He designed it for a cafe, and there’s still one there after excellent renovations to a form that is quite similar to that from the 30s. 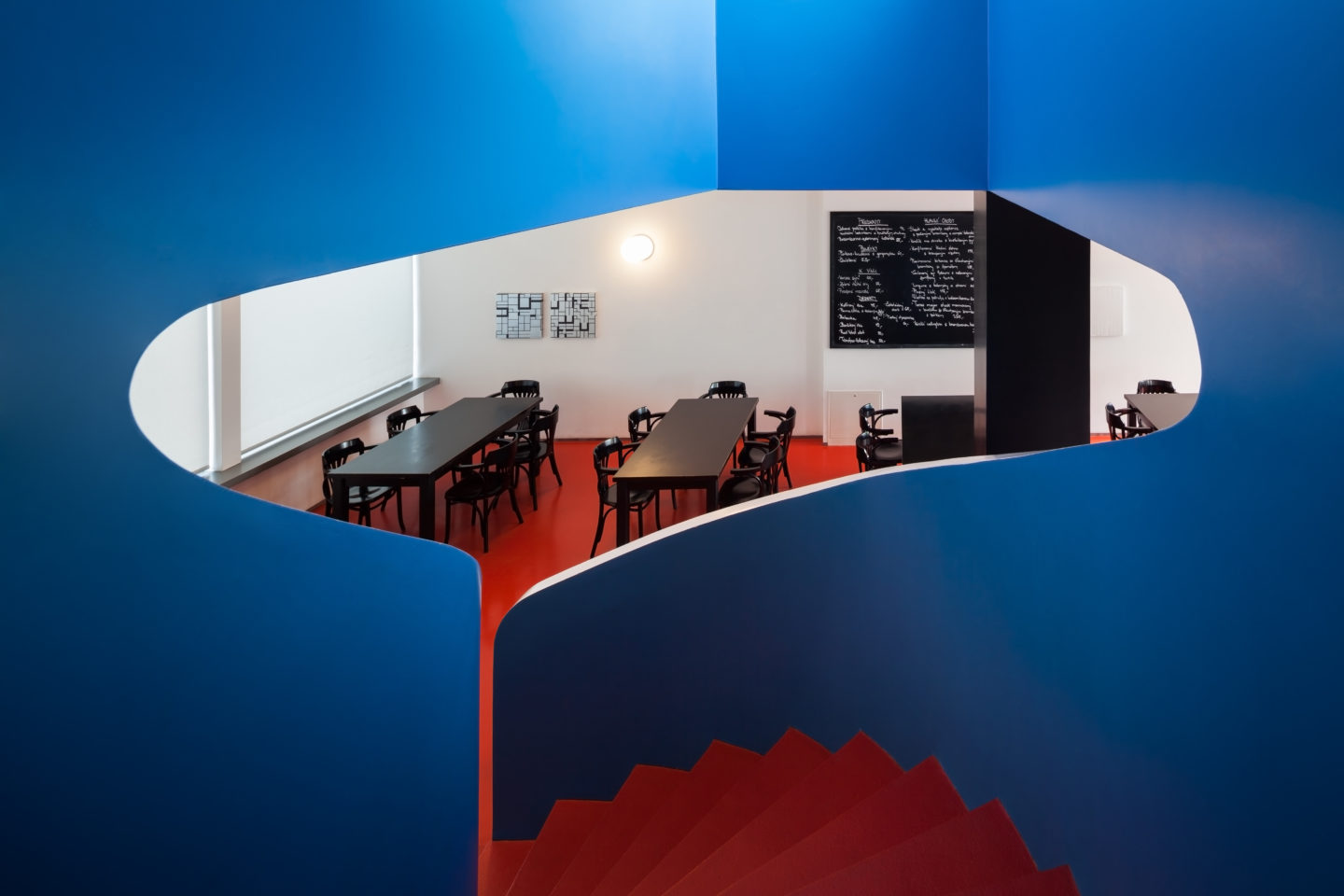 When we look to the time after the war, we have to include Ingstav by Prof. Ruller. It’s a building on Vídeňská that is green and glass with a dual facade. It may be the only true brutalist structure in Brno – it’s got a brutalist staircase. On the one hand it’s brutalist, while one the other it’s very fragile because it’s external and the entrance is brutalist concrete, but then the light wrap around the building of the glass facade, for the time that’s from it’s incredibly innovative, beautiful, and clever. They realized there’s dirt and noise from the street and if you opened a window directly onto the street, you’d hear a horrible racket. With the dual facade, there’s always controlled circulating air. So there’s fresh air, but not so easily. That’s a great, simple principle that was unique in the Czech Republic at the time and the building is simple beautiful.

The CHYBÍK+KRIŠTOF architectural studio was founded by university classmates Ondřej and Michal in 2010. Now it sits in the Jalta passage on Dominican Square (Dominikánském náměstí) and has branches in Prague and Bratislava. They lead an international team of 50 and take on projects around the world. Their most distinctive activities include the modular Czech pavilion at EXPO 2015 in Milan, the Lahofer Winery with its wave rising from the ground, and the Advent markets with warming tents on Moravian Square (Moravské náměstí). For the MY DVA showroom, they won the Grand Prix Architektů and one of the prizes at the Czech Architecture Award. They have also been awarded as part of Design Vanguard 2019. 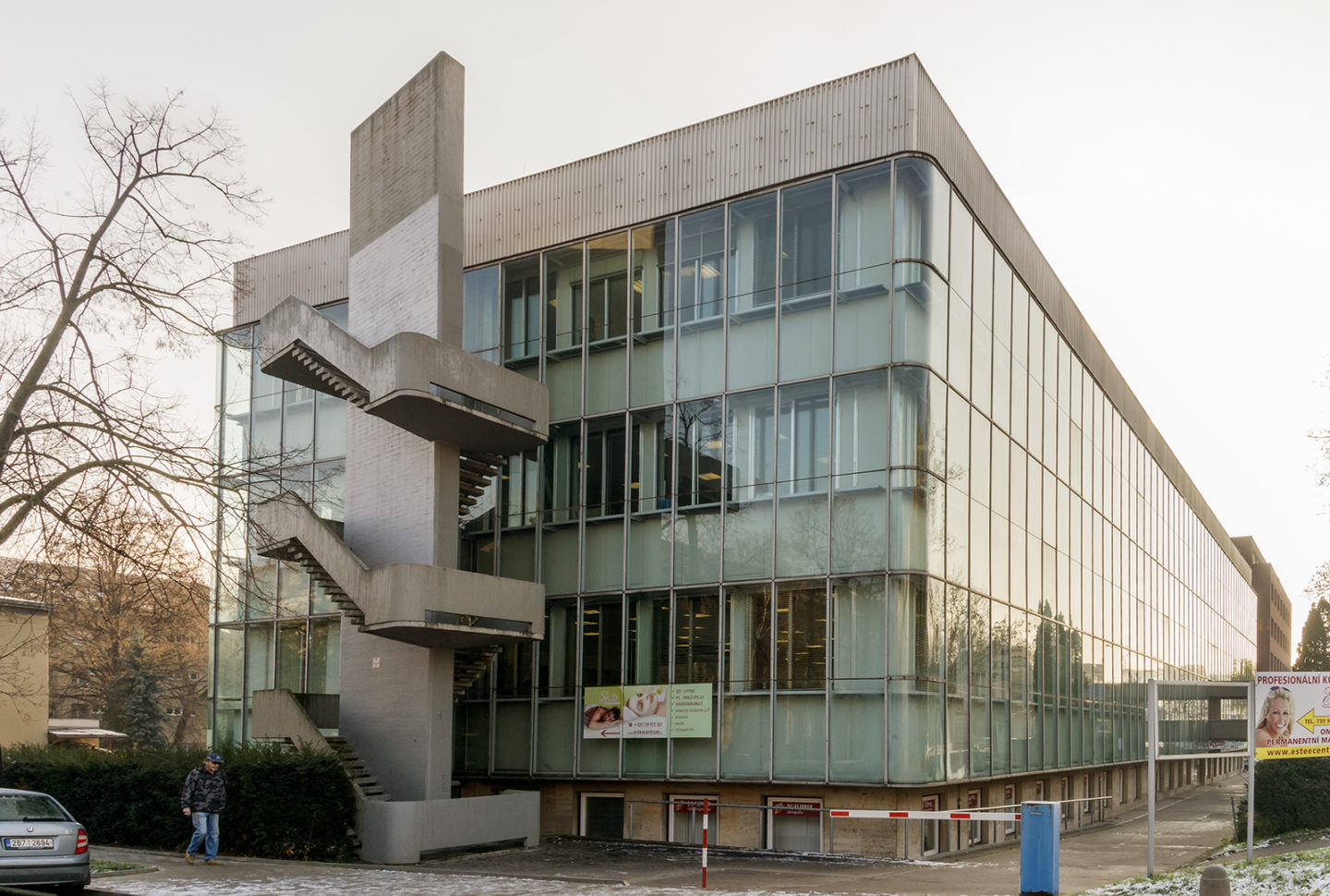 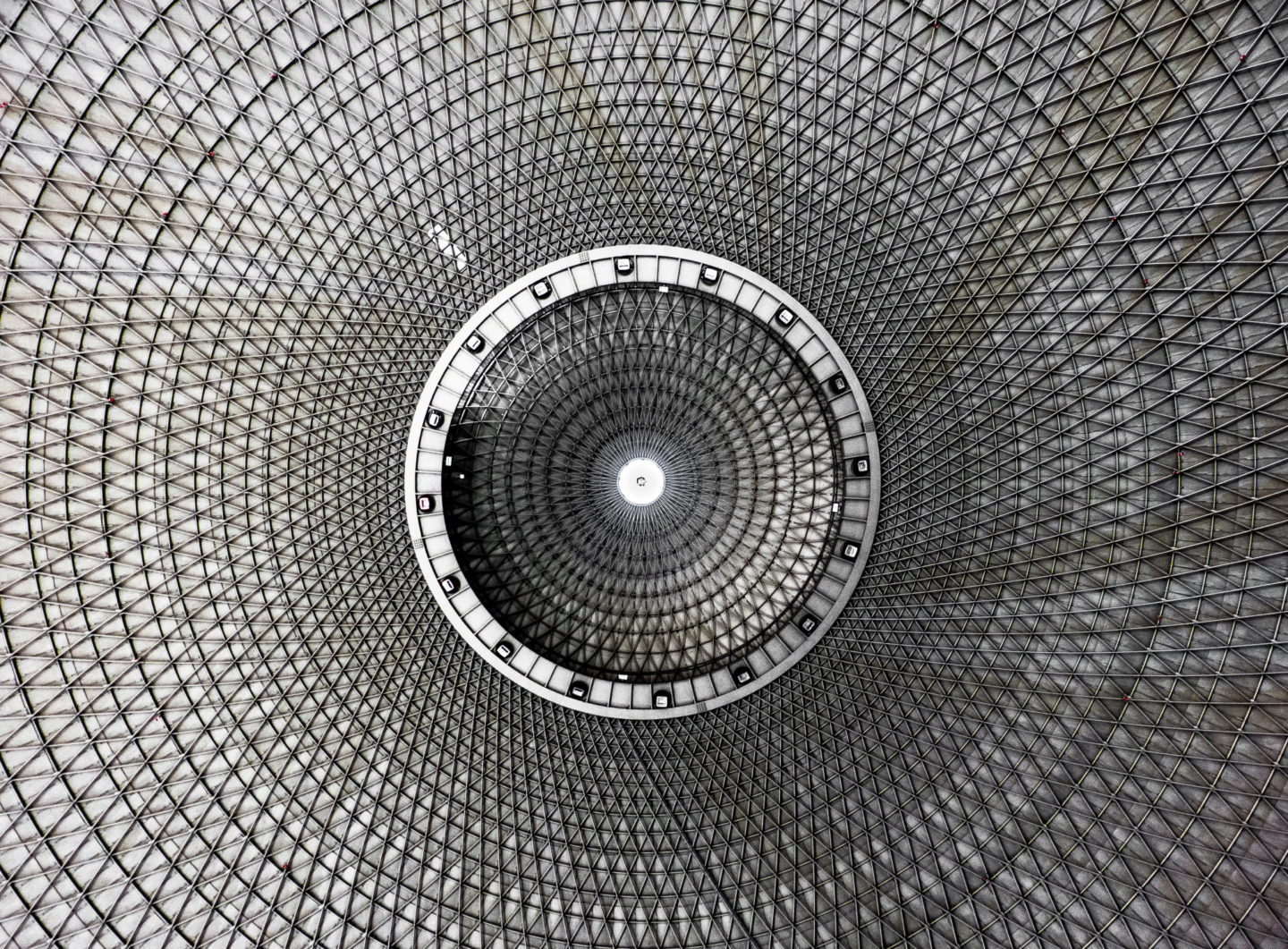 Then we get to the 90s. One interesting feat is the gasworks by the A PLUS studio. It’s one of only a few high-tech sites, maybe the only one in Brno. It’s definitely good to have a look. It may be slightly outside the centre, but if you go there, you’ll also see the developing neighbourhood of the Brno Bronx, which is currently undergoing rapid changes. 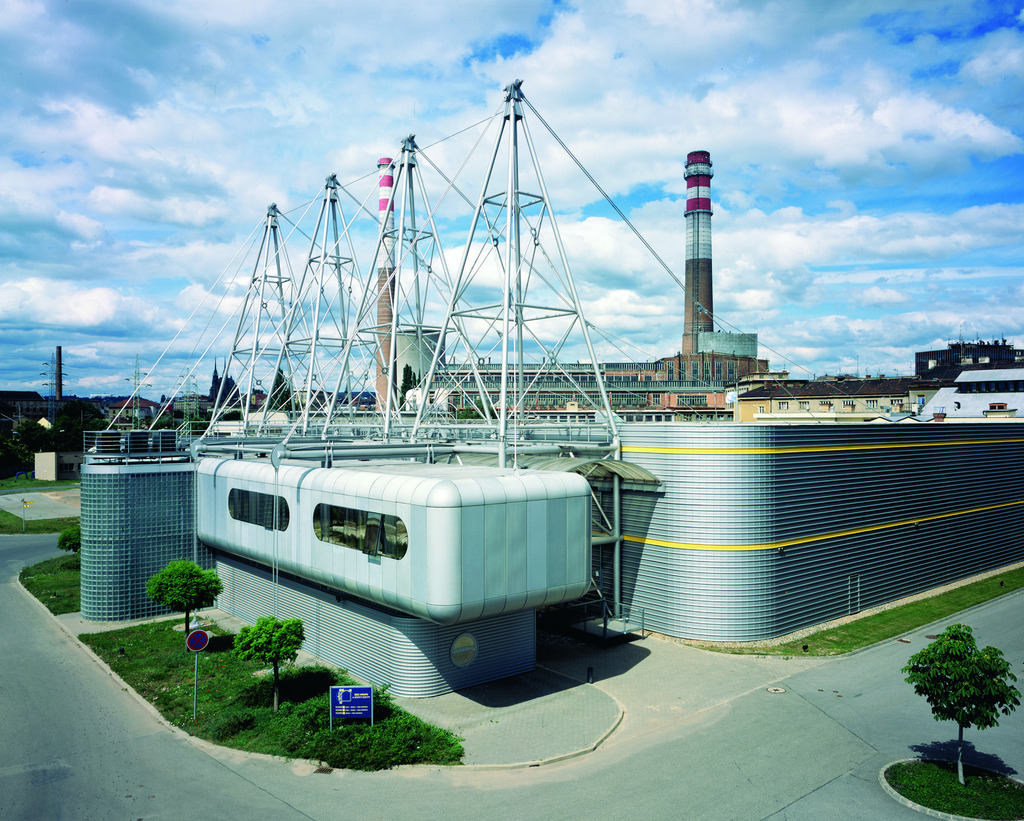 Gasworks grounds, Plynárenská 1 Photo A Plus

Six, seven, now we can get to some modern buildings. Like the work of the DRNH studio on Kraví hora – the swimming stadium and outdoor area. An excellent view over Brno and exceptional architecture for post-revolutionary Brno. Beautiful. 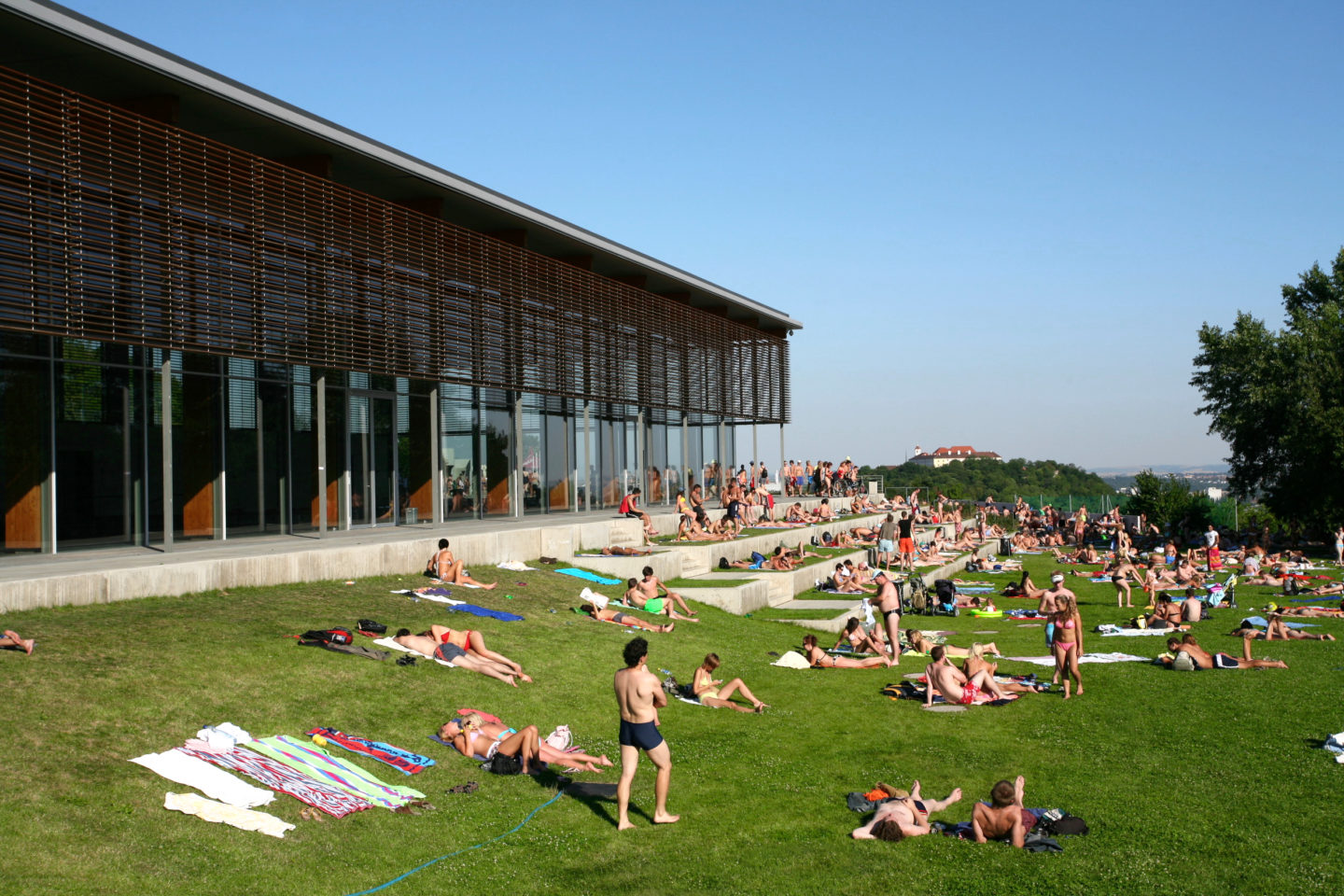 Then I like the space of Masaryk University on Grohová – the Faculty of Arts. There’s a library from the architects Kuba s Pilařem – an excellent building – and then two new buildings by Prof. Pelčák – the expansion of the faculty. Three good buildings in one place are worth seeing. 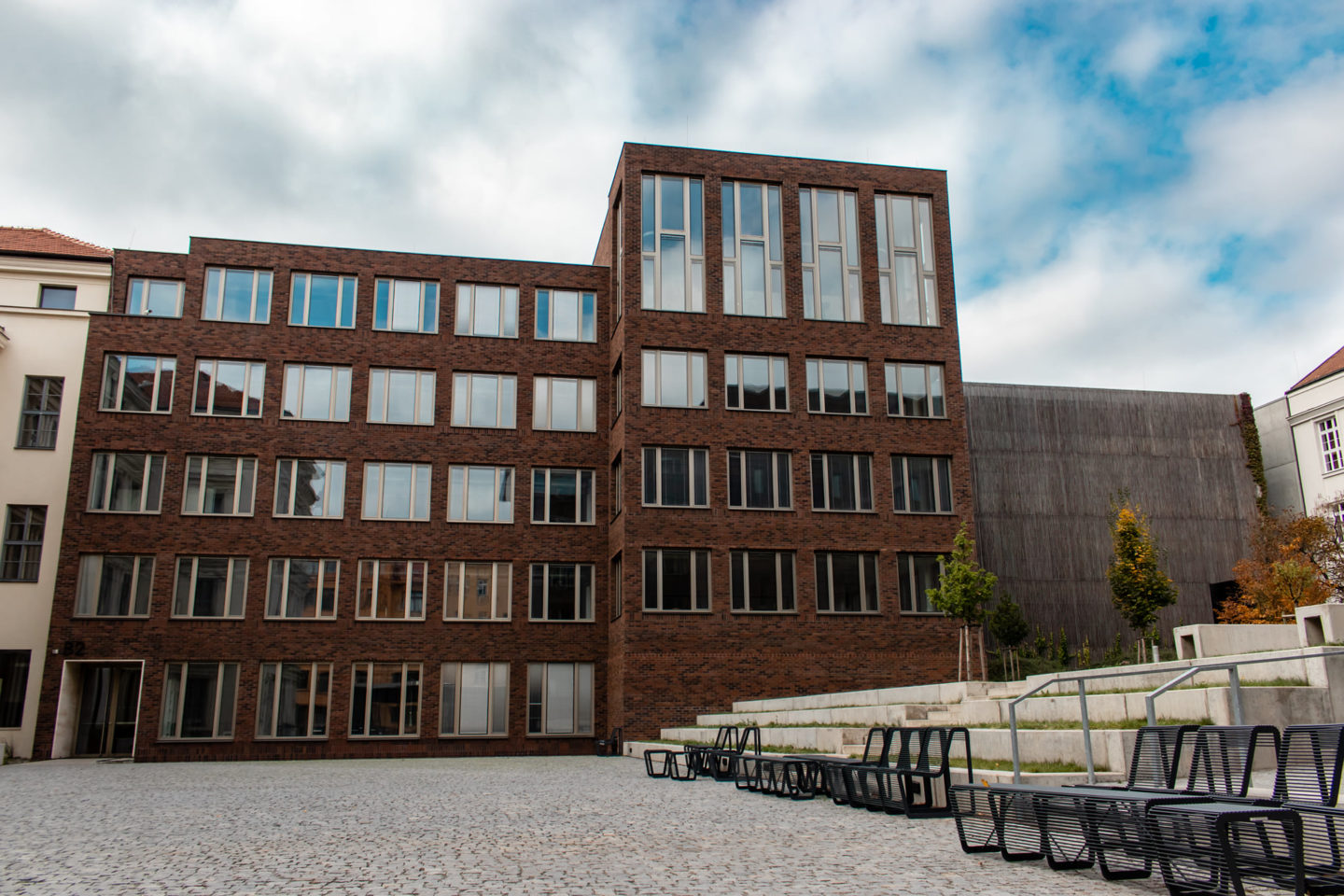 Faculty of Arts with library (on the right), Arne Nováka 1 Photo Františka Uřičářová

They’re now finishing this church by Marek Štěpán in Lesná. I haven’t yet been inside, but I’ve walked around it because I live nearby. From behind the fence, the building looks very interesting. And really all of Lesná if you want to see a real settlement full of civic amenities and that there aren’t only piled up blocks of flats, but also a swimming stadium, a health centre, several shopping centres, schools. Lesná is a well-done modernist manifest of how to house many people in the middle of an empty landscape. And today the settlement works well. Since it was built in the 60s, it has grown green, so you can see the principle of living in nature. 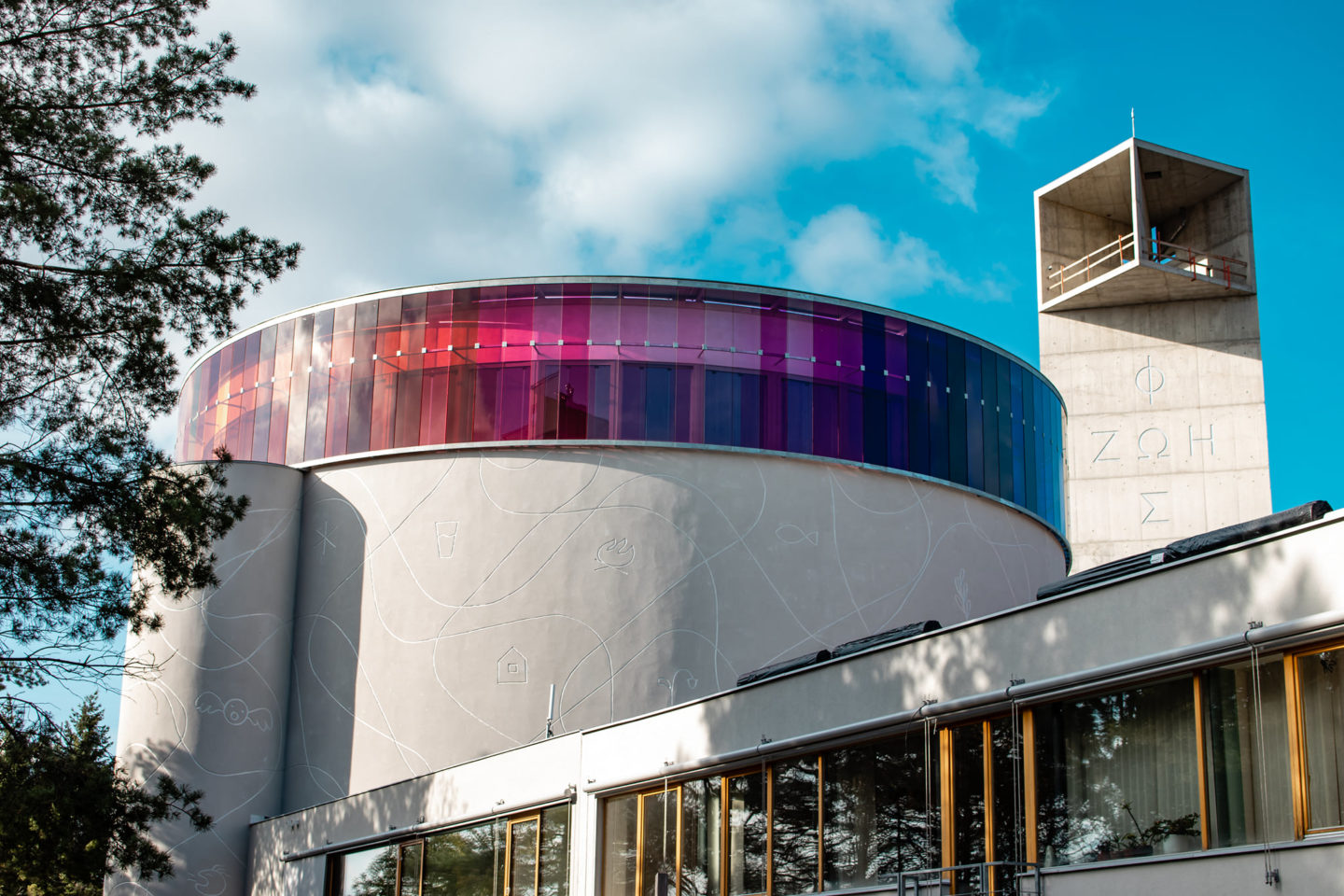 I still have to choose one of our projects, namely the Gallery of Furniture in Vinohrady. We try to undertake projects that work with the context of the location and climate, but also the important context of the client and purpose. In this case, it’s a showroom for MY DVA where we put on the facade exactly what they make and so only had 20% of the costs of a normal facade we’d have had to use to transform the original building from the 90s. The facade thus corresponds to what happens inside.

Letmo was designed as a monofunctional space without a facade, so that when the shops go out of business, nothing else can be there. You can’t add offices, you can’t turn it into flats, unless you change the facade. That’s the greatest idiocy of the project. Whether or not someone likes the building is another matter, but this is precisely what in my opinion architecture shouldn’t do. Architecture should be as flexible as possible and be prepared, when it can no longer fulfil its purpose, to be transformed simply into anything else. It’s also just unnecessary showing off in that location. There can be buildings that show off, but those are buildings that have important functions, namely city halls, galleries, churches, but definitely not what’s there now. 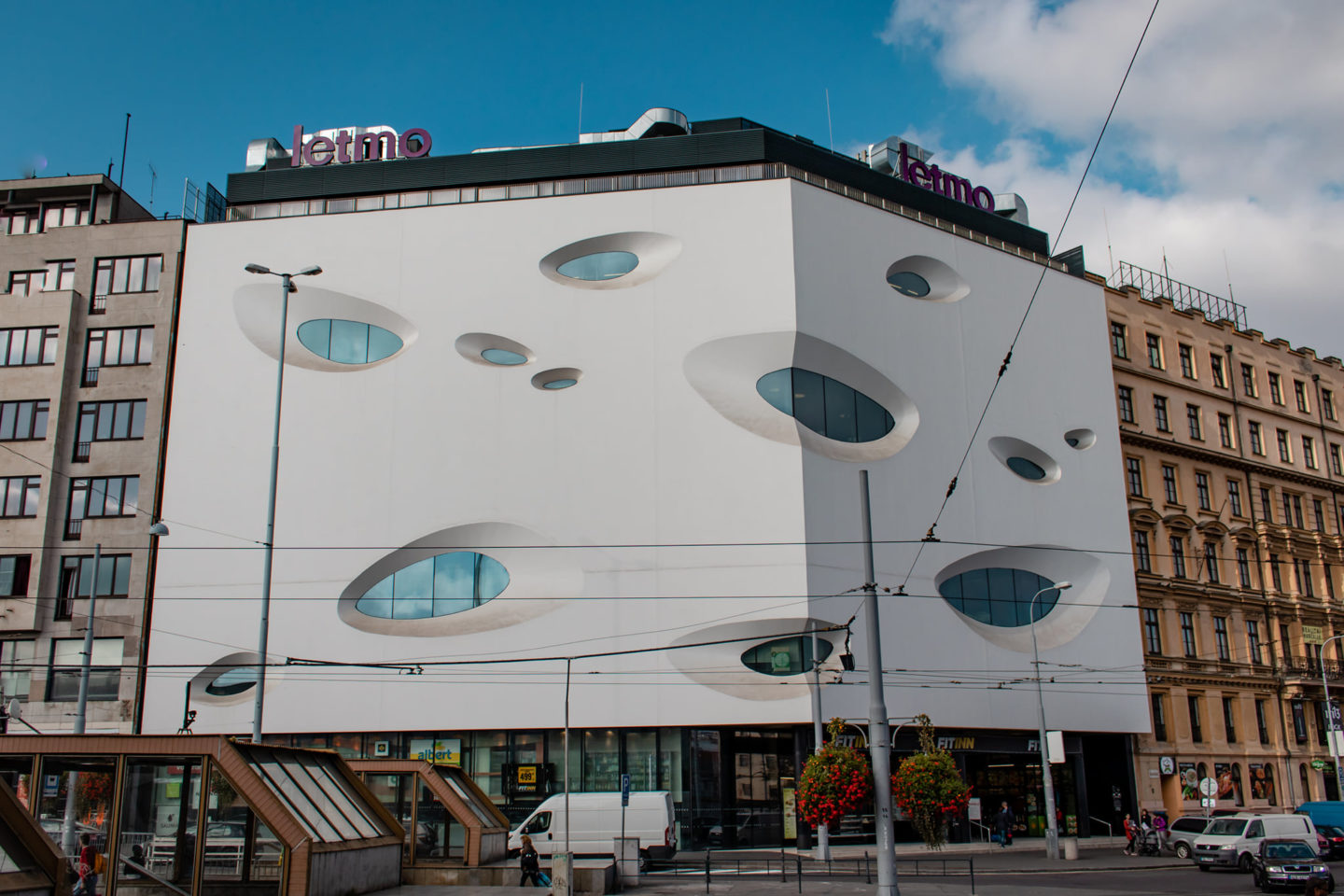 Spread the word about the best Brno architecture with Chybik+Kristof

MORE OF THE BEST BRNO ARCHITECTURE