In 1927, when architect Josef Kranz was designing a residential building and café for Josef Špunar, he drew upon his knowledge of contemporary Dutch architecture, in particular upon the principles of the avant-garde movement De Stijl. Its ideas were expressed in architecture through abstract compositions of right-angled forms, and contributed substantially in directing the progression of architecture towards functionalism. De Stijl’s adherents conceived of buildings as systems of planes, intersecting at right angles and opening onto the exterior. The facade of the Era café fully corresponds to this concept – it is the poster child for the movement, and reflects the architect’s inspiration in the “graphic” architecture of this Dutch group.

The café was built in the years 1928–1929. The ground floor was given over to a restaurant, while on the first floor was situated the café, with a billiard area and terrace. The owners occupied the second floor, with its roof terrace. The ground floor of the café, bedecked with Thonet furniture, is dominated by the dynamic volume of the spiral staircase. In line with the foundational ideas of the De Stijl movement, this feature supplants any requirement for interior decoration, so do the colours used on the walls (light blue, white) and floors (red xyolite), since the very architectural space assumes the role of an abstract work of art.

In 1959 the café was nationalised and began a new life as a pub. In the 1970s the building dropped into the hands of the University of Agriculture and gradually fell into disrepair, despite being listed as a cultural monument in 1977. Further damage, this time caused by insensitive renovation, sadly occurred following the building’s restitution to the descendants of the original owner in 1991. Today’s owner, however, having obtained a grant from the European Regional Development Fund with the assistance of the Studio 19 association, as well as securing additional funding, has been able to reverse the building’s fortunes. After careful monument restoration, in 2011 the café reopened its doors to visitors, who these days flock to the café in increasing numbers, not only to savour the architecture, but also the exceptional gastronomic and cultural experience. 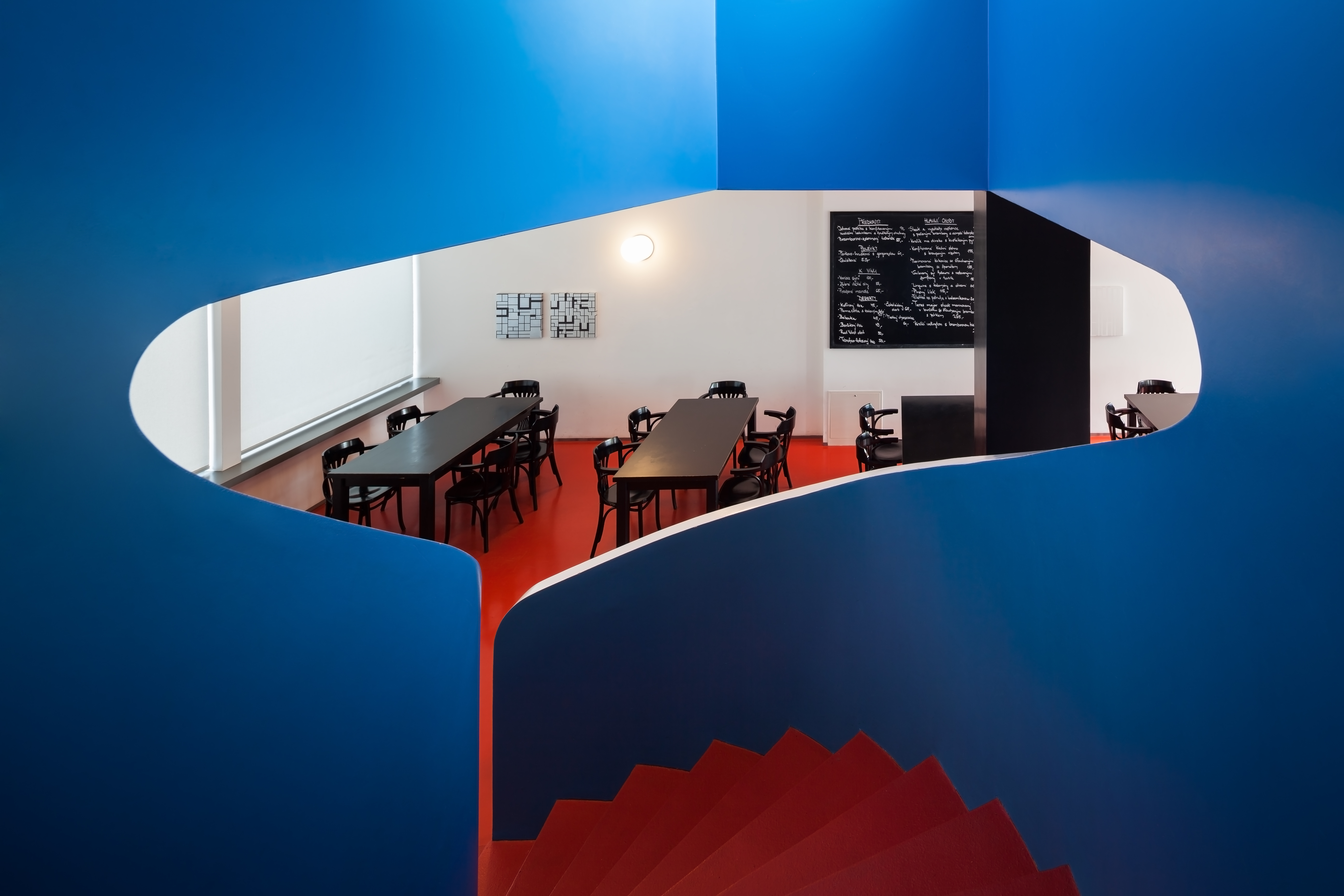 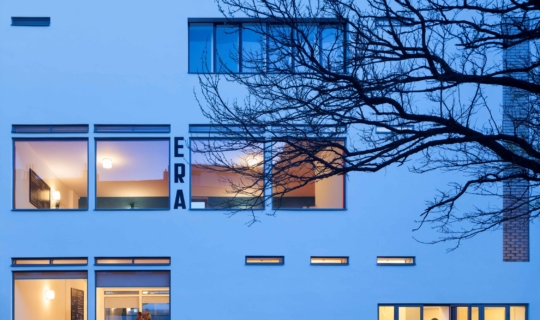 Tell your friends about Café Era!