The longest-running (39 episodes) and one of the most successful (TýTý award for the best series of 2005) projects of the Brno Czech Television studio was created by police historian Michal Dlouhý. Against the backdrop of small crime investigations, Policeman’s  Humoresques shows the activity of a unique First Republic security service (the gendarmerie) and also the personal lives of individual officers. These lives are understandably influenced by the political situation of the 1920s and ’30s. Beyond the presence of top actors, a feature common to all episodes is the creators’ indulgent view. In other words, they are humoresques.

Špilberk Castle, one of the typical dominating features of Brno, was founded in the mid 13th century on a not tall but steep and rocky hill looming 220 metres above sea level directly over the historic city centre. It gradually underwent many renovations until in the mid 18th century it was turned into the most powerful and important baroque fortress in Moravia. It’s famed especially for its prison – the casemates.

The urban Špilberk Park covering 17 ha is the most important Brno park created by the city administration and, as a unique monument of landscape art, it has been declared, together with Špilberk Castle, a national cultural monument. In the Middle Ages, the upper slopes of Špilberk Hill were left bare for defence, while the lower slopes had vineyards and orchards. During 1861–1862, a Romantic landscape park was established on the initiative of Brno mayor Christian d’Elvert. The park is currently cared for by the Public Greenery of the City of Brno (Veřejná zeleň města Brna).

Denis Gardens and Spring Park (park Studánka), which together used to be known as Francis Park (park Františkov), represent the first public park in the Czech lands and Moravia founded by public administration during 1814–1818. In 1818, an obelisk was built on a bastion in honour of Emperor Francis I, from whom the park got its name. During 1939–1941, the extension of Husová Street divided the park into the current Denis Gardens and Spring Park. These landscape parks with neoclassical structures next to the Petrov national cultural monument have been declared cultural monuments and the park renovations received the Grand Prix from the Society of Czech Architects. The parks are currently cared for by the Public Greenery of the City of Brno (Veřejná zeleň města Brna).

Jurkovič House is one of Brno’s most significant architectural monuments from the turn of the 19th to the 20th century. Together with the buildings based on Jurkovič’s designs in Pustevny and Luhačovice and the castle in Nové Město nad Metují, it forms the core of his preserved work in the Czech Republic. This architectural monument has the same importance for art nouveau Brno as the Villa Tugendhat (vila Tugendhat) has for functionalist Brno. It’s now a part of the Moravian Gallery in Brno (Moravské galerie v Brně), which has renovated it.

During 1913–1939, Löw-Beer Villa belonged to Alfred Löw-Beer, a Jewish industrialist and textile merchant who left part of the estate to his daughter Greta. With her husband Fritz Tugendhat, she built Villa Tugendhat (vila Tugendhat) on the upper end of the grounds.

The restored art nouveau Löw-Beer Villa contains the permanent exhibition The World of the Brno Bourgeoisie Around the Löw-Beers and the Tugendhats (Svět brněnské buržoazie mezi Löw-Beer a Tugendhat) and temporary exhibitions in the Celnice Gallery. Visits are more pleasant with a stop at the Celnice Café, and there’s also a library. At weekends, there are guided tours of the villa’s technical facilities. The villa is part of the Museum of the Brno Region (Muzeum Brněnska).

The history of the late-Gothic Church of St. James on St. James Square (Jakubském náměstí) stretches back to the beginning of the 13th century. It’s an important monument to urban ecclesiastical architecture in the Czech lands and holds the remains of the defender of the city against the Swedish siege, Field Marshal Jean-Louis Raduit de Souches. Under the church, which has been a national cultural monument since 1995, is the second-largest ossuary in Europe after the one in Paris.

On top of Petrov Hill sits the Cathedral of St Peter and Paul (Katedrála sv. Petra a Pavla), known from 10-crown coins. Together with Špilberk Castle (hrad Špilberk), it dominates over Brno and is impossible to overlook, but few would guess that both its towers come from the early 20th century. Under the monumental cathedral lies Denis Gardens (Denisovy sady) and its immediate surroundings have a very intimate and picturesque atmosphere.

The area known as Stone Colony is a distinctive settlement that used to serve as an emergency colony for workers. It lies in an abandoned quarry along the right bank of the Svratka River. It’s intersected by a street named Kamenná čtvrť, from which short, narrow streets lead to each house. The colony is made up of about 130 historic small houses with gabled roofs and miniature yards, which have managed to maintain their original appearance from the First Republic through various partial renovations. On the narrow, rocky streets, it thus seems that time has stopped. The cluster of streets offers a peaceful and pleasant neighbourly atmosphere.

The former extensive Jaselská Barracks lay between Štefánikova and Staňkova streets and for almost 10 years was transformed into a film studio. The fictitious Brno Gendarmerie Station was built there with everything that entailed, the TV production was also headquartered there with hair, makeup, and costume departments and often a warehouse of historic props. It also held the office of the man who was a lively part of the entire project – Miloš Fedaš, the filming coordinator, dramaturge, writer, and right hand of director Moskalyk.

The director and one the founding fathers of Policeman’s Humoresques Antonín Moskalyk did not live to see the end of the filming and post-production of his largest project (he died on 27 January 2006). For the final 13-episode series, his role was taken on by his daughter Pavlína, who moved back to the Czech Republic from Hollywood, where she’d been living with her two daughters and husband, the agent Matthew  Solo, to work on the series. The dog known as Kikina, who stared in several episodes in the first and second 13-episode series, was owned by the director Antonín Moskalyk. 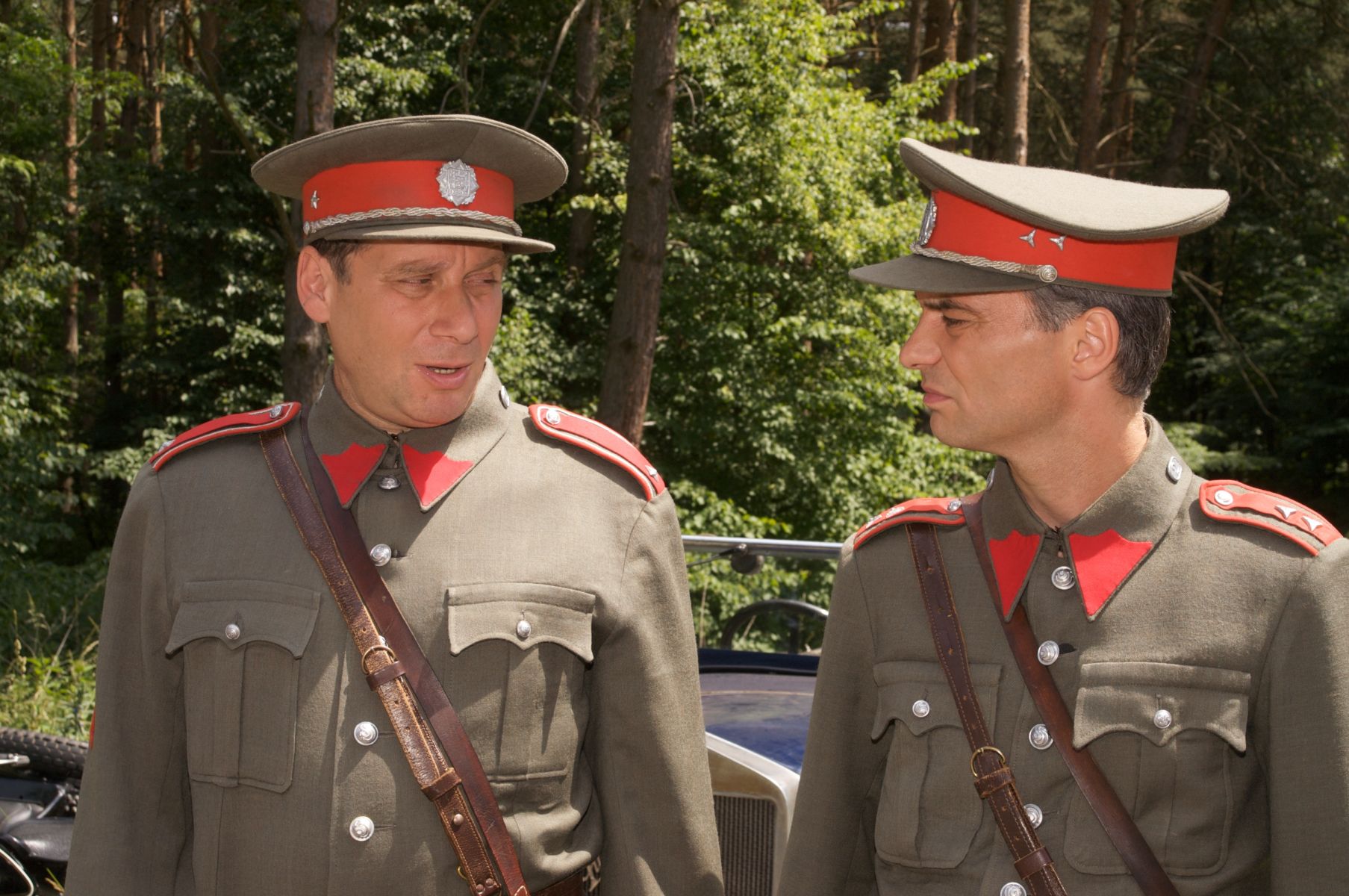 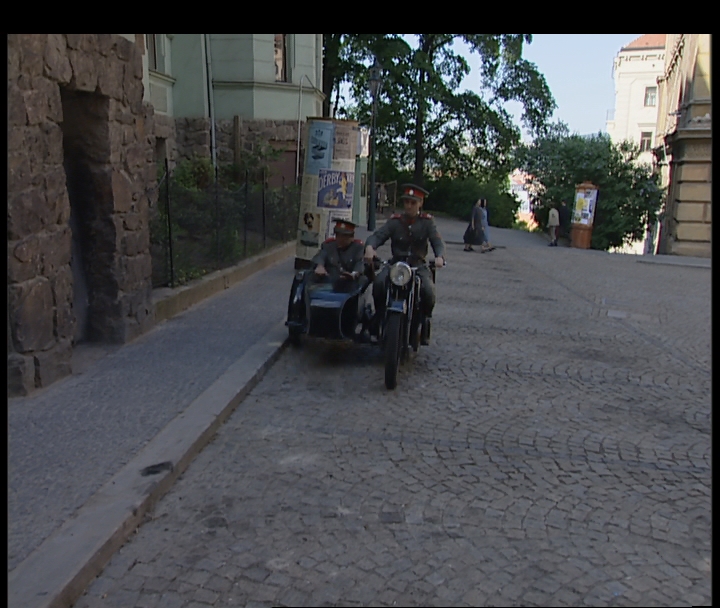 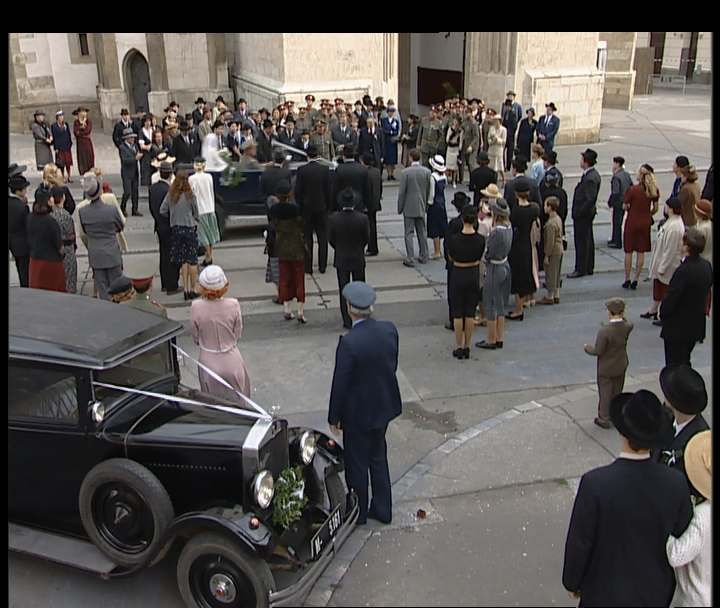 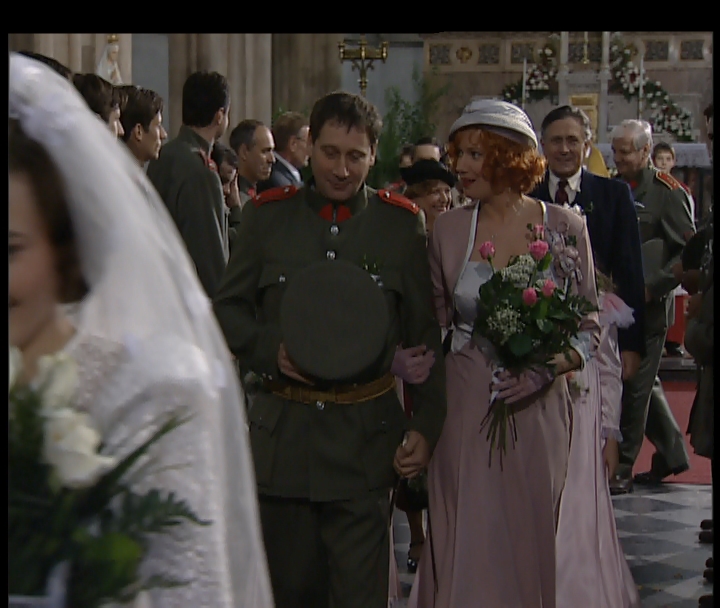 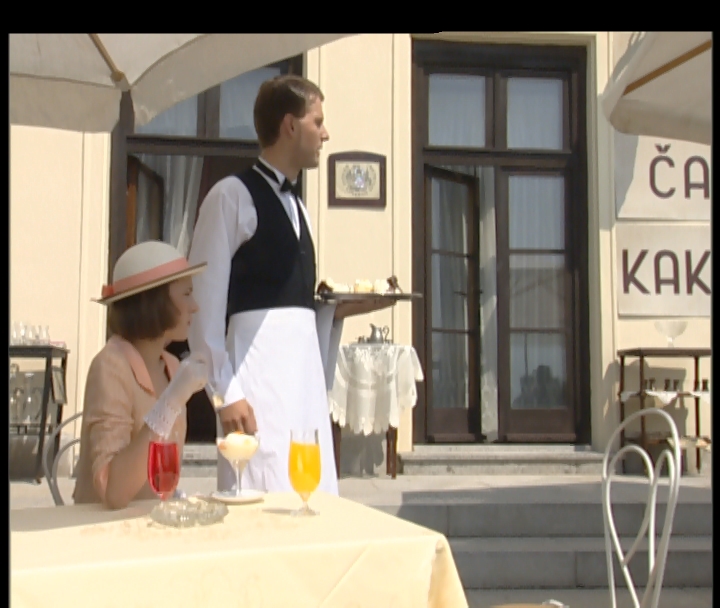 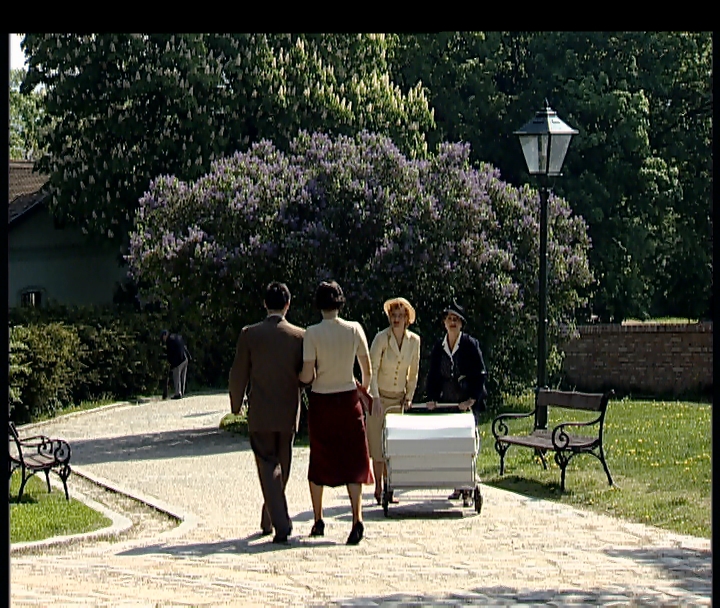 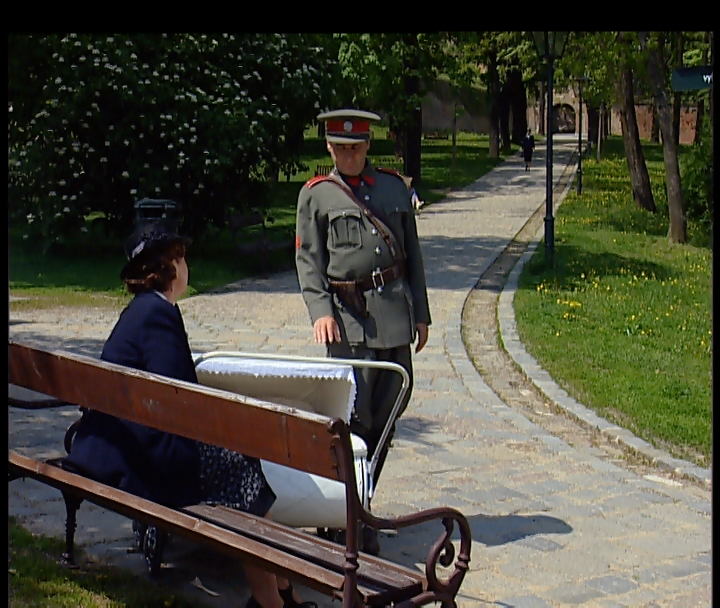 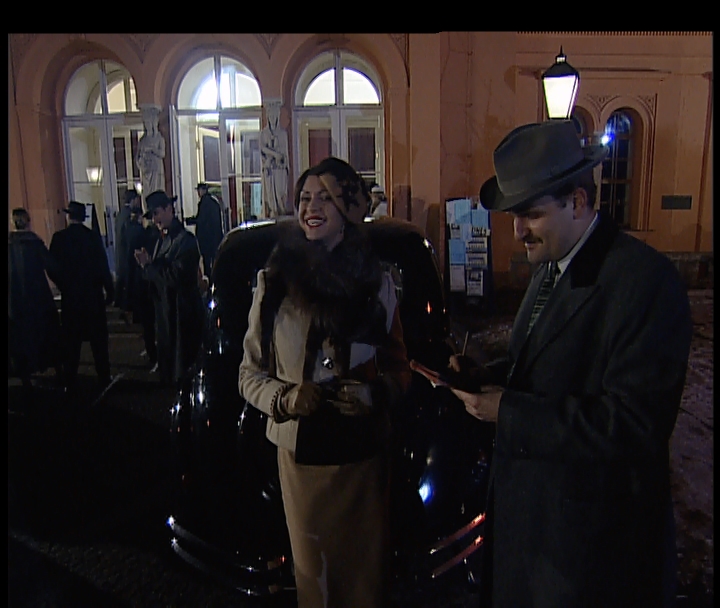 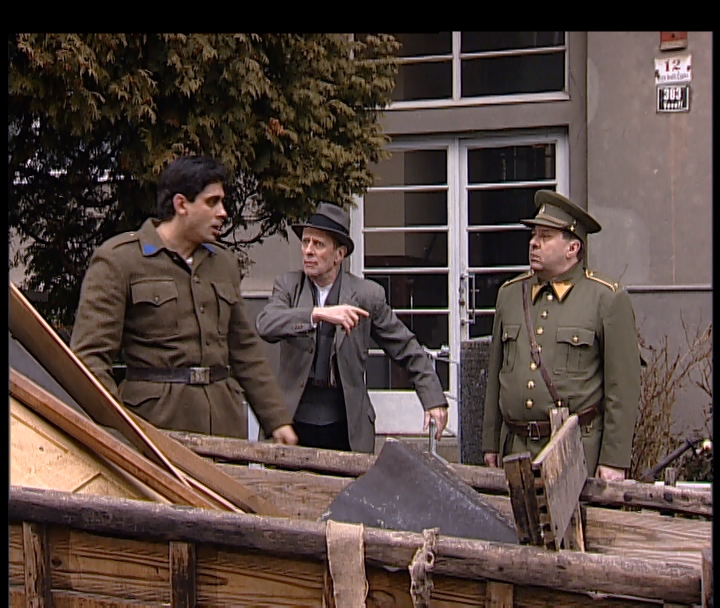 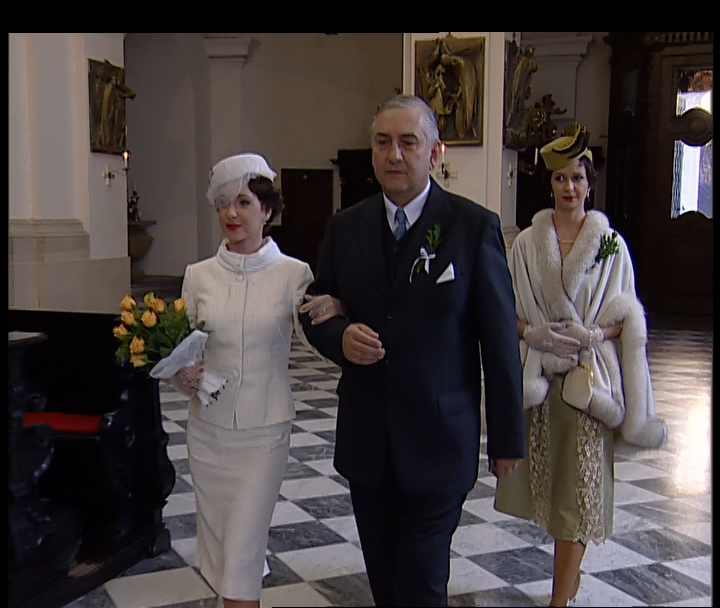 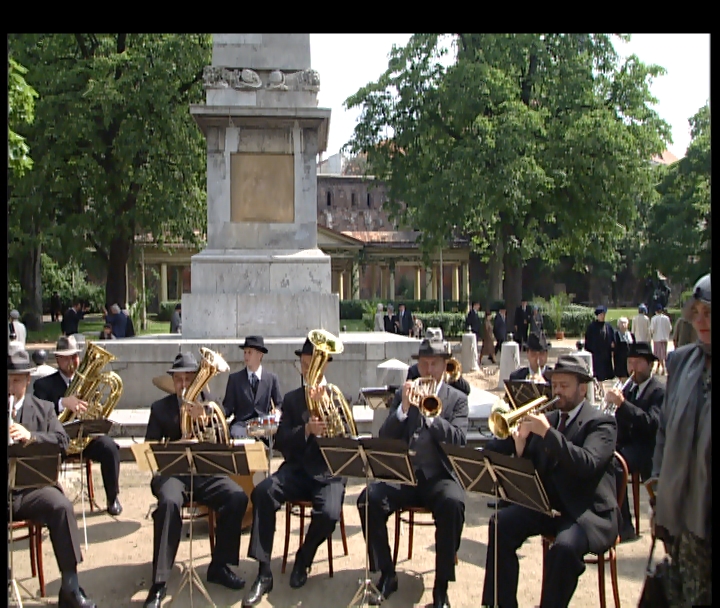 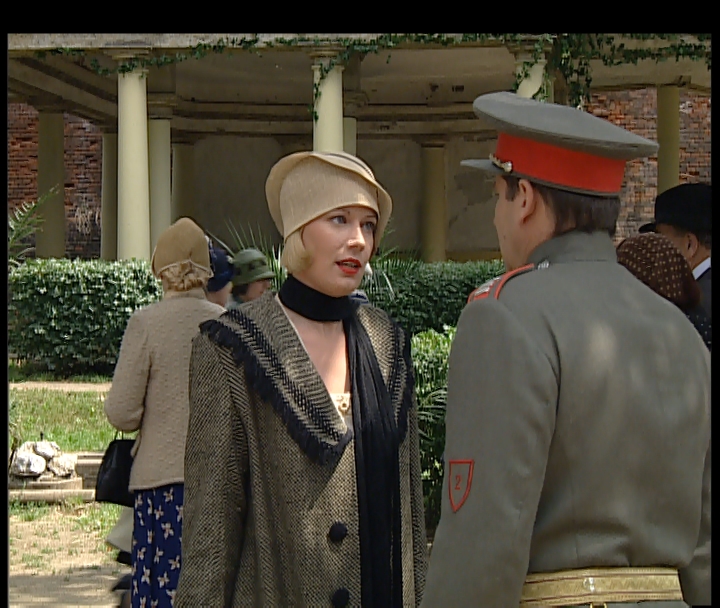 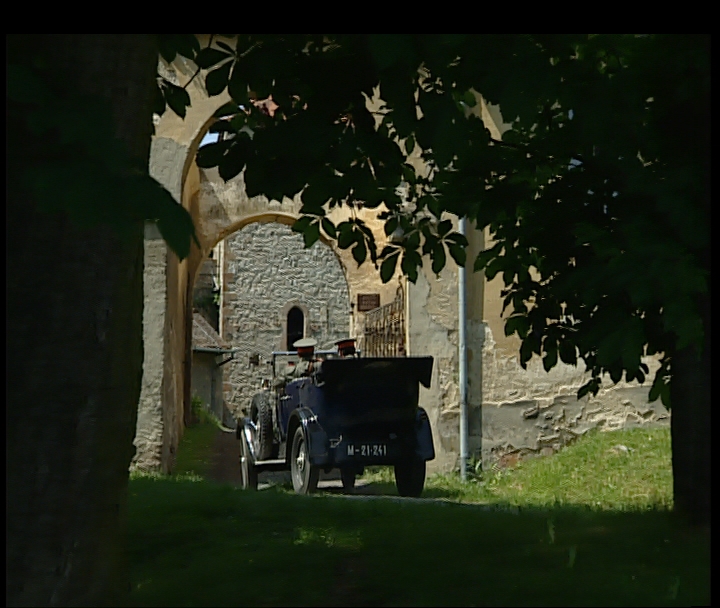 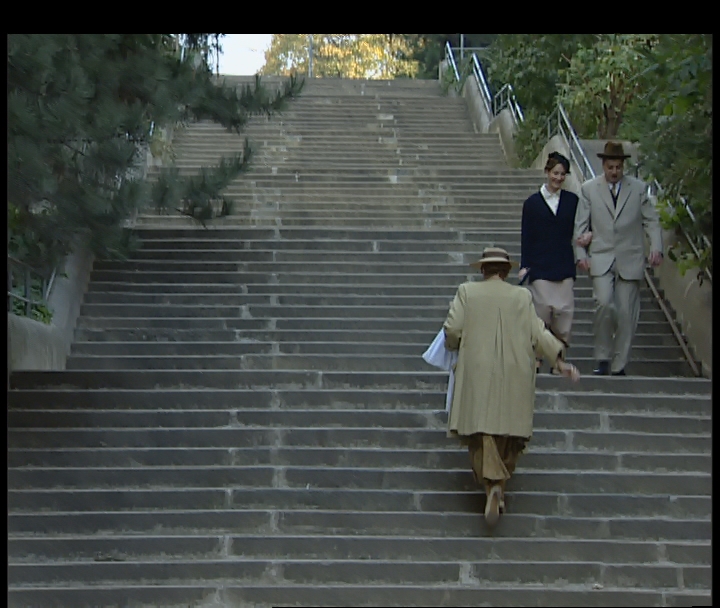 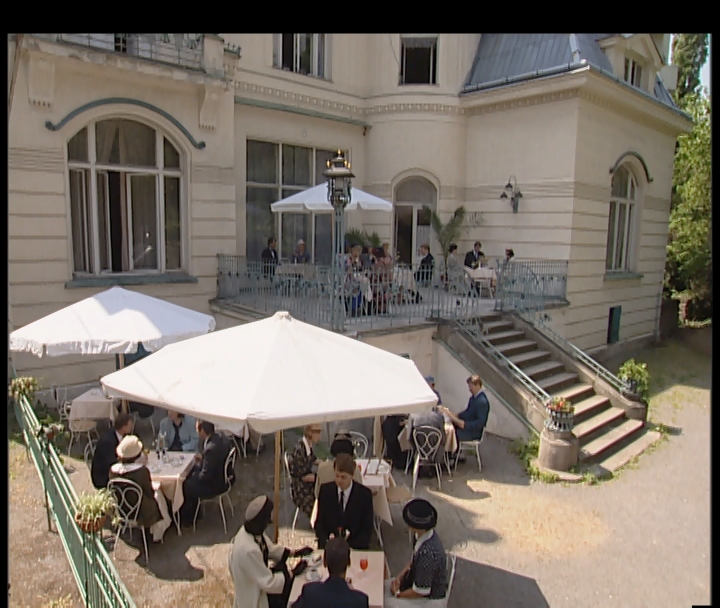 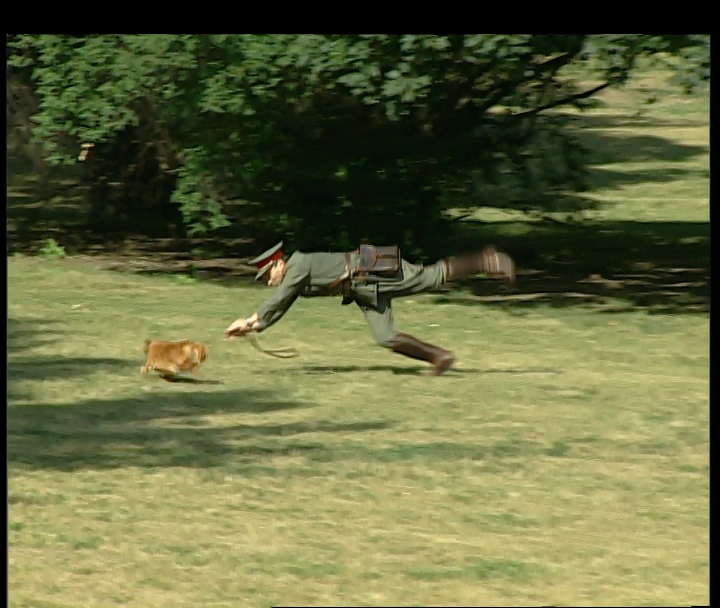 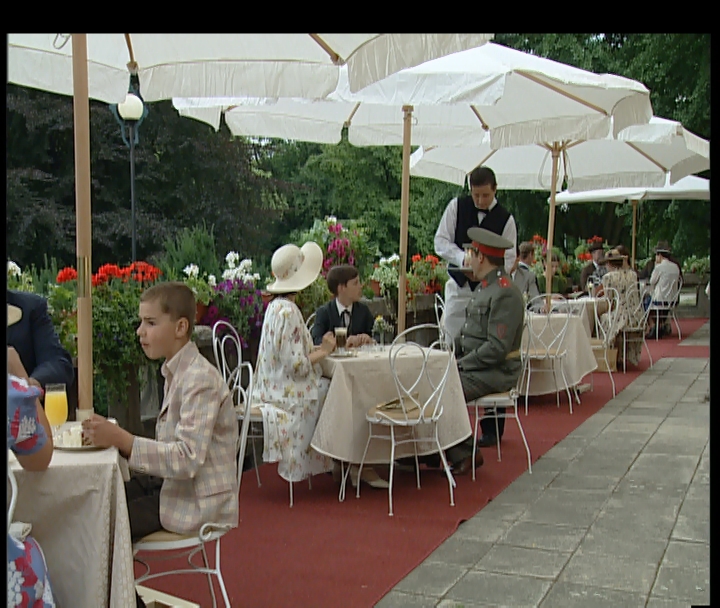 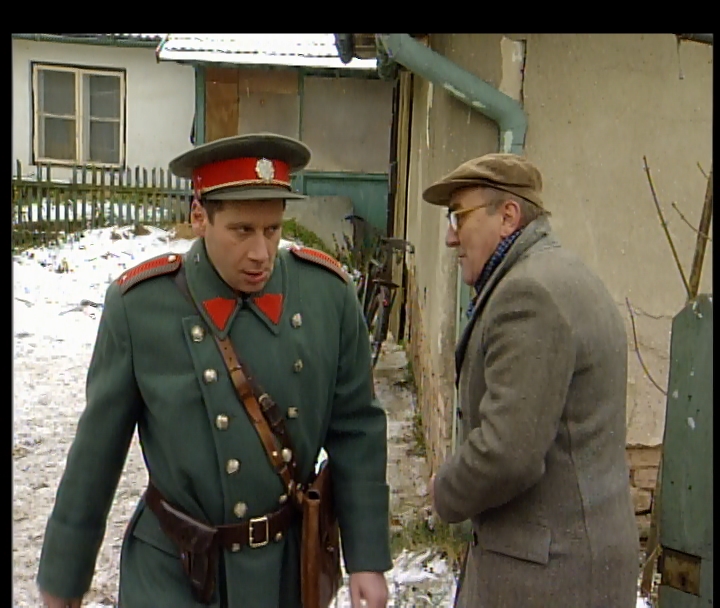 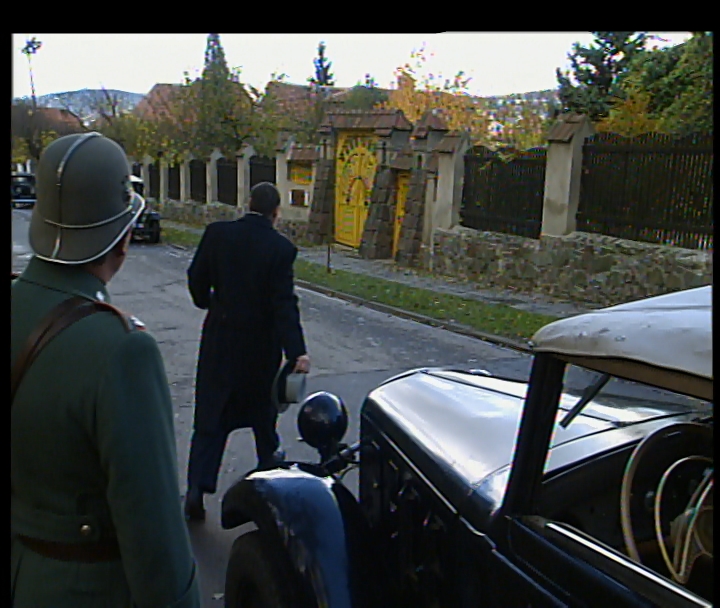 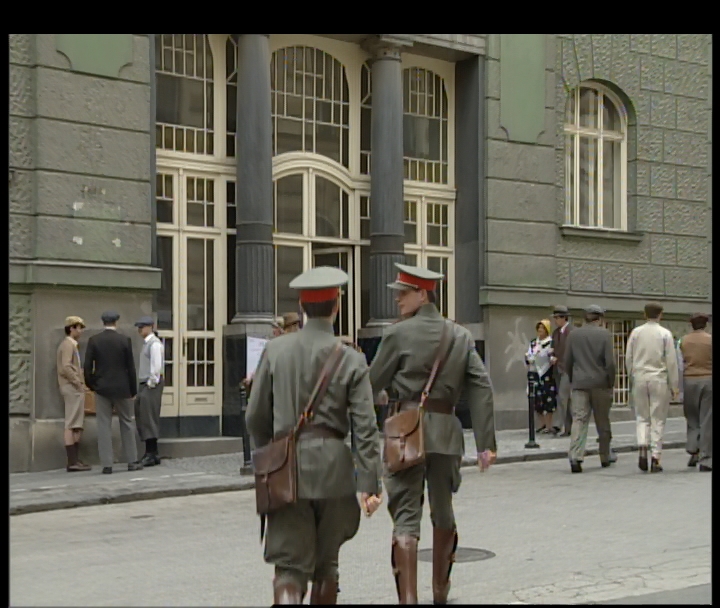 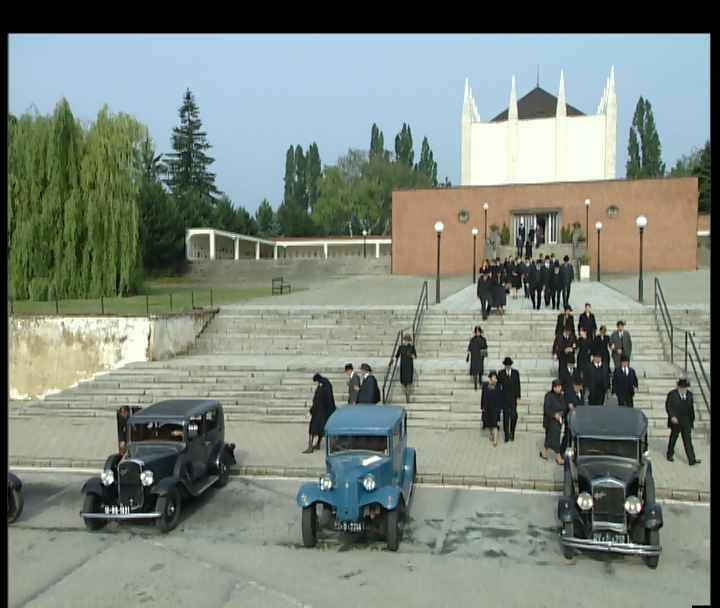 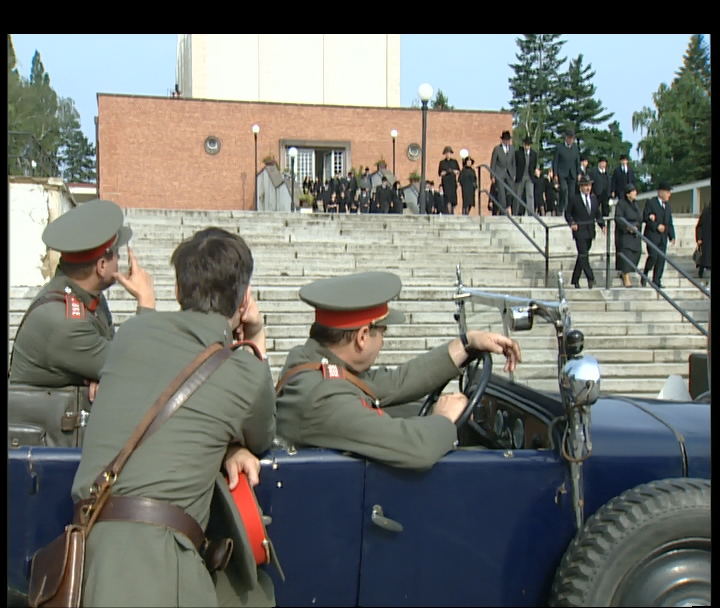 Tell your friends about Policeman’s Humoresques!