From June 2020, Špilberk Castle offers a new addition to the Brno underground – the first publicly accessible water tanks. The Brno City Museum invites you to a lapidarium in former water tanks that gained a new use after nearly 100 years. The two tanks were made during 1870–71 and 1900 to hold water for the city and were used until the 1920s. After decades of neglect, they were finally renovated during 2017–2019 as the last part of Špilberk Castle. Within this exceptionally impressive space reminiscent of a mystical temple, the Brno City Museum presents its valuable collection of sculptures, gravestones, and stone ornamentation from former Brno buildings. For example, you’ll find preserved fragments of the Gothic King’s Chapel (Královská kaple) from the beginning of the 14th century pushed out by the expansion of Dominican Square and a console from Anton Pilgram that decorated the Jewish Gate (Židovská brána). The oldest precisely dated artefact is the gravestone of Rector Albert Crosna from 1399 from St Nicholas Church (Kostel sv. Mikuláše), which stood on Freedom Square. You can find more than 30 stone witnesses to Brno history in the water tanks, which are themselves a technical monument. You’ll find the Temple of Stone within Špilberk’s east bulwark. 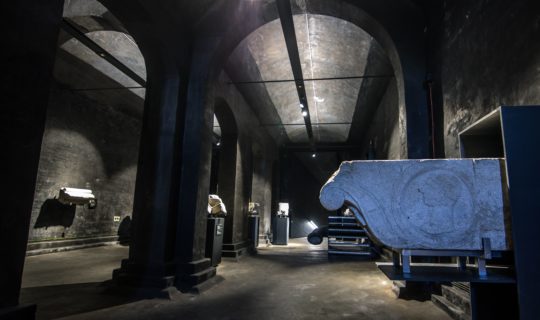 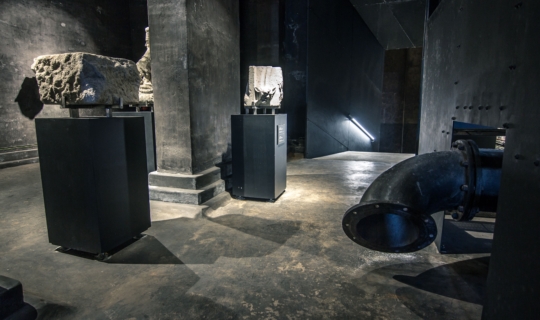 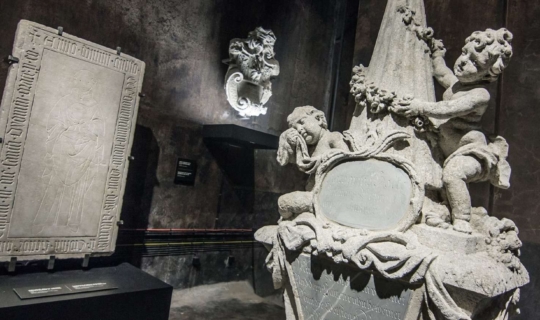 Tell your friends about Lapidarium!