Built in 2007 in the Brno district of Komárov by the Svratka River, this was one of the first sports grounds in this area, and it gradually grew into one of the largest sports and recreational premises in Brno. Since the very beginning, it has been used by the Draci Brno baseball team, which dates back to 1972 when it was established by members of the Children of the Sun (Děti Slunce) Boy Scouts. In addition to domestic matches, the stadium hosts major international baseball events.

You can take bus 40, 48, 63, or 67 and get off at the Hněvkovského stop or bus 50 and get off at Kšírova. The stadium is also easily accessible from the terminal stop Komárov of tram line 12 via a 500-metre walk down the bicycle path that leads from DRFG Arena along the premises up to the Olympia shopping mall. 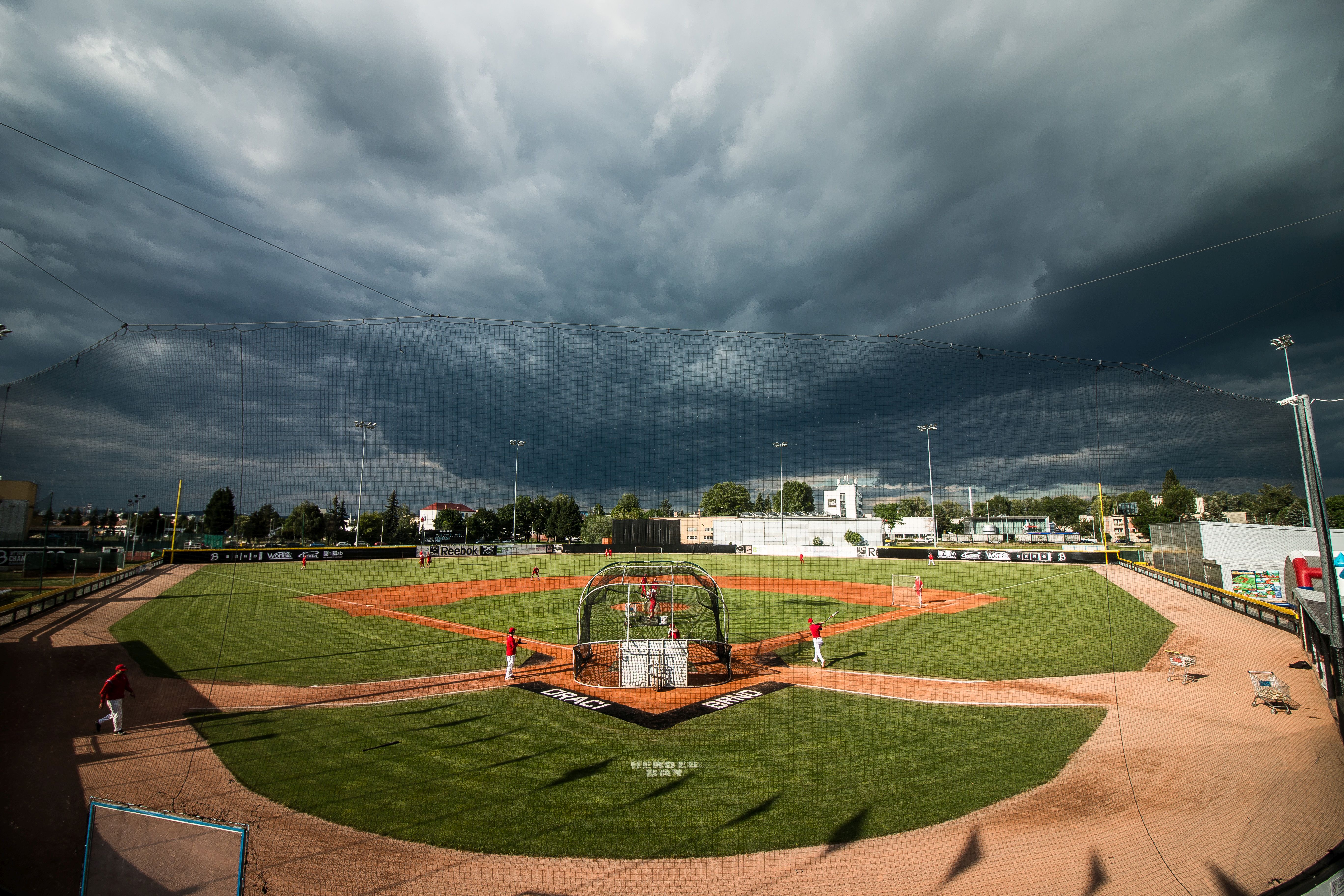