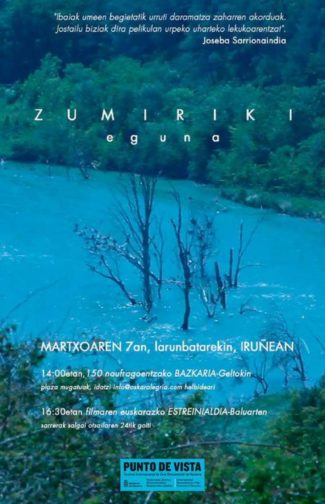 Somewhere in the Basque Country there was once an island in the middle of a
river – a place of childhood memories treasured by director Oskar Alegria. A
mythical space connected to his family, especially his father, who captured it
in a home movie. A highly original filmmaker with an enchanting animality and
offbeat humour, Alegria returned to the river bank several decades later for
self-imposed isolation in a wooden cabin. Here he spent four months filming the
fascinating documentary journal of a hermit who longs to stop time and animate
his nostalgia for bygone years.