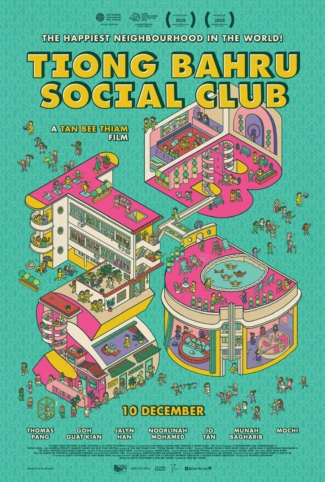 Wes Anderson with an Asian flair. This moving film about
loneliness, old age and the power of modern technology will captivate viewers
with its art but also with its timeless message.

Thirty-year-old Ah Bee
(Thomas Pang) has landed his dream job: becoming the new Happiness Agent at the
Tiong Bahru Social Club in Singapore. The club is a community of aging people
and their caregivers who have one job: to ensure that their clients spend the
rest of their lives in maximum happiness. They are helped in this task by
artificial intelligence that can assess what will make a person happier. Tan
Bee Thiam’s directorial debut is reminiscent of Wes Anderson’s films with its
symmetrical, colourful visual stylisation. Beneath the welcoming visuals,
however, lies a satire with sci-fi elements that reflects on society’s attitude
towards lonely pensioners and the trust with which we entrust modern technology
with our personal information.