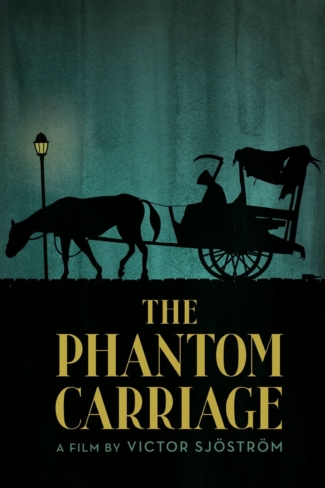 The Phantom Carriage, A Man There Was

At New Year’s Eve, the tuberculous sister of the Salvation Army, Edit, asks her mother and her colleague, Maria, to call David Holm to visit her on her deathbed. Meanwhile, David (an alcoholic) is recounting the Legend of ‘The Phantom Coach and his coachmen’ to two other drunkards in the cemetery. In accordance with the legend, the last sinner to die on the turn of the New Year becomes the soul collector, gathering souls in his coach. When David refuses to visit Edit, his friends have an argument with him, they fight and David dies. When the coachman arrives, he recognizes his friend Georges, who died at the end of the last year. George revisits parts of David’s obnoxious life and in flashbacks, he shows how mean and selfish David was.

Terje Vigen, a sailor, suffers the loss of his family through the cruelty of another man. Years later, when his enemy’s family finds itself dependent on Terje’s beneficence, Terje must decide whether to avenge himself.