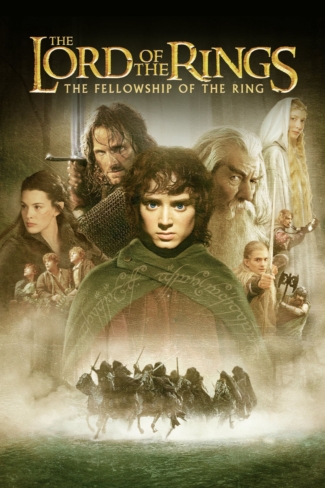 The Lord of the Rings Marathon

One ring to rule them all. One ring to bring them to marathon in Kino Art!

We invite all hobbits, elves, wizards, goblins and common people to a marathon of extended editions of The Lord of the Rings. You can look forward to themed decorations, game program by Gamer Pie, delicious drinks and other surprises! Tickets can be purchased only for the entire marathon for a single price of 500,-. Films will be screened in english with czech subtitles.

Films will be screened in English with Czech subtitles.

An ancient Ring thought lost for centuries has been found, and through a strange twist of fate has been given to a small Hobbit named Frodo. When Gandalf discovers the Ring is in fact the One Ring of the Dark Lord Sauron, Frodo must make an epic quest to the Cracks of Doom in order to destroy it. However, he does not go alone. He is joined by Gandalf, Legolas the elf, Gimli the Dwarf, Aragorn, Boromir, and his three Hobbit friends Merry, Pippin, and Samwise. Through mountains, snow, darkness, forests, rivers and plains, facing evil and danger at every corner the Fellowship of the Ring must go. Their quest to destroy the One Ring is the only hope for the end of the Dark Lords reign.

The Fellowship has been broken. Boromir is dead, Frodo Baggins and Samwise Gamgee have gone to Mordor alone to destroy the One Ring, Merry and Pippin have been captured by the Uruk-hai, and Aragorn, Legolas, and Gimli have made friends of the Rohan, a race of humans that are in the path of the upcoming war, led by its aging King, Théoden. The two towers between Mordor and Isengard, Barad-dûr and Orthanc, have united in their lust for destruction. The corrupt wizard Saruman, under the power of the Dark Lord Sauron, and his slimy assistant, Gríma Wormtongue, have created a grand Uruk-hai army bent on the destruction of Man and Middle-earth. The rebellion against Sauron is building up and will be led by Gandalf the White, who was thought to be dead after the Balrog captured him. One of the Ring’s original bearers, the creature Gollum, has tracked Frodo and Sam down in search of his “precious”, but is captured by the Hobbits and used as a way to lead them to Mt. Doom. The War of the Ring has now begun.

Gondor is overrun by the orcs of Mordor, and Gandalf rides to Minas Tirith to aid the humans in the war that is ahead. Aragorn must realize his true identity and purpose as the King of Men, and journey with Gimli and Legolas to summon the Army of the Dead so that the battle against evil can be won. Meanwhile, paranoia and suspicion rises between Frodo, Sam, and Gollum as they continue their increasingly dark and dangerous travel to Mount Doom, the one place where the One Ring can be destroyed once and for all.