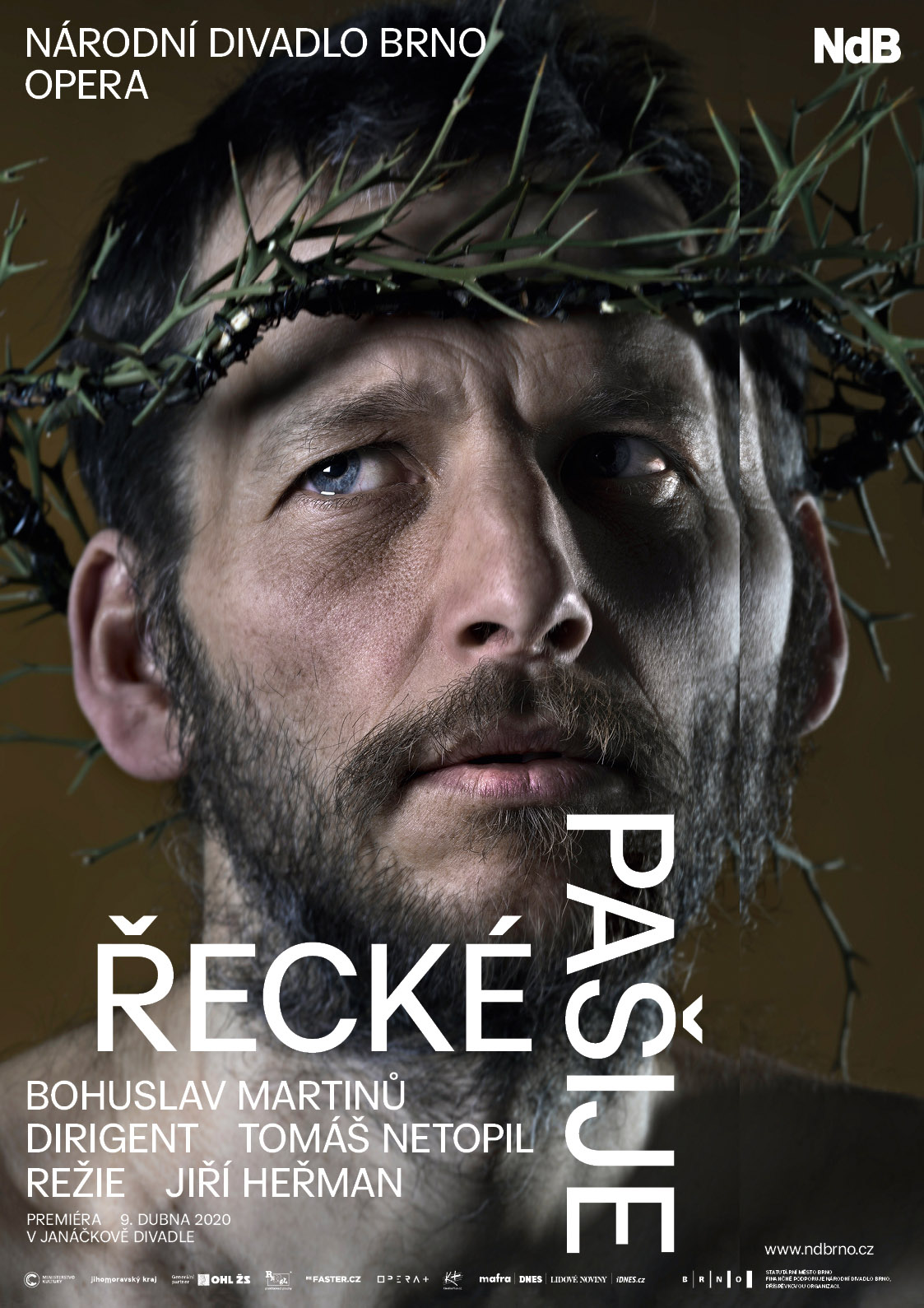 Performed in the original English with Czech and English surtitles

The boy’s name was written into the snow. When the sun came out, the snow melted and his name was carried away by the water.
The priest Grigoris has summoned a meeting of the elders in the village of Lycovrissi and the villagers are being selected to play Christ and Apostles in the local passion plays when the deep peace in which the villagers have dwelt so far is disturbed by a sudden shock. Just as if the finger of God has appeared to demand proof of faith, refugees arrive from a pillaged and deserted village and ask for asylum. They are angrily refused and forced to seek shelter in the rocky mountains nearby. However, the newly appointed saints take it upon themselves to go to the worried refugees. The common daily worries of these people gradually fade away; the power of their faith and their roles in the approaching passion plays begin to transform their spiritual awareness into a new maturity. Every man and woman gradually realizes the only true meaning of one’s actions:  are they good, or evil…? This is how Bohuslav Martinů characterized his last opera The Greek Passion, which was inspired by the novel Christ Recrucified by the Greek writer Nikos Kazantzakis. The composer, who had also experienced the trials and tribulations of a refugee, created a work with a great humanistic message about the power of faith – a message which is more and more topical in today´s world. After the opera The Miracles of Mary and the oratorio The Epic of Gilgamesh, Martinů returns to the Janáček Theatre stage with another piece, this time featuring a beautiful and extensive choral part, The Greek Passion.