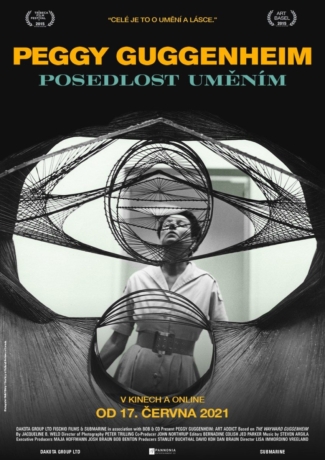 Peggy Guggenheim: Art Addict is a feature documentary about the life of art icon Peggy Guggenheim, based on her sole authorized biography. Peggy was an heiress to the Guggenheim family who would become a central figure in the modern art movement. As she moved through the cultural upheaval of the 20th century, she collected not only art, but artists. Her colorful personal history included trysts, affairs and marriages with such figures as Samuel Beckett, Max Ernst, Jackson Pollock, Marcel Duchamp as well as countless others. While fighting through personal tragedy, she maintained her vision to build one of the most important collections of modern art, which is today enshrined in her famous Venetian palazzo. The film is a compendium of the greatest 20th century art mixed with the wild and iconoclastic life of one of the most powerful women in the history of the art world.