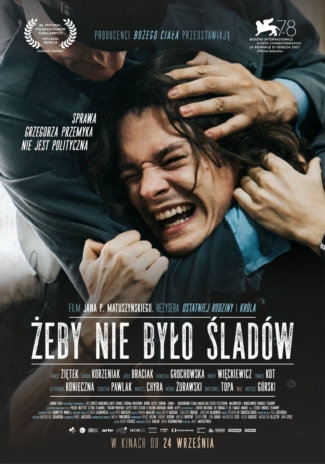 Poland, 1983. Despite the suspension, the martial law imposed by the communist authorities, aimed at suppressing the Solidarity opposition, is still in force in the country. On May 12, Grzegorz Przemyk, son of the opposition poet Barbara Sadowska, is arrested and badly beaten by a police patrol. Przemyk dies after two days of agony. The only witness to the fatal beating is one of Grzegorz’s colleagues, Jurek Popiel, who decides to fight for justice and to testify against the police. Initially, the state apparatus, including the Ministry of the Interior, downplays the case. However, when over 20 thousand. People will march through the streets of Warsaw behind Przemyk’s coffin, the authorities decides to use any tools against the witness and the deceased’s mother to discredit them and prevent Jurek from testifying in court.