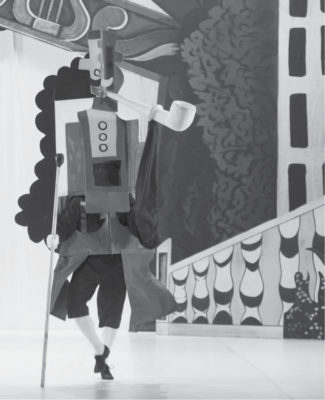 Written on Postcards, songs for high voice and jazz orchestra

Parade, ballet, premiere of the version for chambre orchestra

The piece Le Dîner (The Dinner, 2012), a first Czech performance, was written by Ondřej Adámek, a Czech composer living in France who has won international recognition, in collaboration with the French artist, Charlotte Guibé. The ballet Parade (1917) was composed by Erik Satie, with a libretto by Jean Cocteau and costumes and sets by Pablo Picasso (they included a design for a curtain depicting the musicians dining before the performance). How tempting it was to bring these two pieces together! The programme is completed by Jan Rychlík’s African Cycle, a work emblematic of 1960s Czech music, and Emil František Burian’s vocal cycle Written on Postcards, whose cabaret poetics have a lot in common with Satie’s Parade.