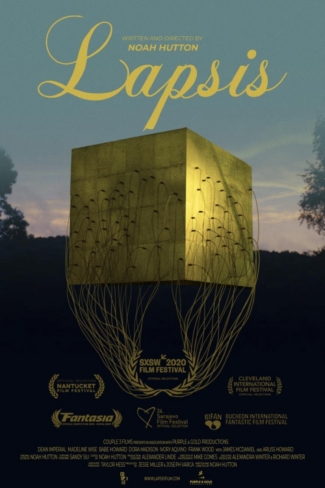 In a parallel present,
deliveryman Ray tries to make a living and financially support his sick brother.
After a series of unsuccessful scams, Ray picks up a new job in a novelty,
strange field of the gig economy: he installs kilometres of cables in secluded
woods and hills alongside other workers. The cables are supposed to connect
huge metal cubes that, put together, create a new Quantum market. When Ray gets
deeper into the zone, he’s met with growing animosity and the threat of robotic
cable layers, and has to make a decision – either to help his coworkers or get
rich and get out. Lapsis is a clever and entertaining story of exploitation on
which technological companies often rely to uphold their shiny facades.