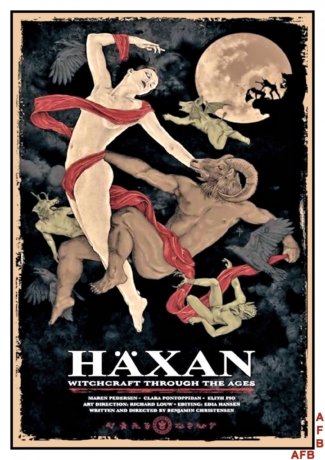 Divided into seven chapters, this part-documentary/part-fiction hybrid attempts to shed light on the numerous superstitions pivoting around the indecipherable mental illnesses that led to the relentless witch purges during the medieval times. Through a series of graphic vignettes and original gravures, Witchcraft Through the Ages does not shy away from the Inquisition’s revolting inhumanities and its hideous practices of interrogation, as the sadistically ruthless inquisitors shatter human limbs and torture the flesh until the accused hag confesses or implicates another woman in witchery. From the Dark Ages to the modern 1920s, hysteria is often mistaken for demonolatry; however, what separates truth from a lie?