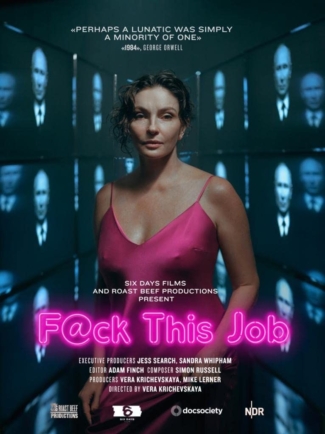 Natasha spends every party dancing, drives a pink Porsche and has a crazy idea: starting her own Russian TV station named TV Dozhd (Rain). In 2008 she starts from zero, finding her main investor through a fairy-tale marriage to a rich banker. “For me, rain is an adventure,” she calls out, dancing barefoot in the rain on the roof of her station’s new headquarters, happy her dream is coming true. As CEO, she assembles an effective team and over the next few years, despite some initial snags, transforms a relaxation channel into an important player in the field of independent journalism. But as her stations gives more airtime to anti-government voices, it encounters increasing resistance from the regime. How far will things escalate?