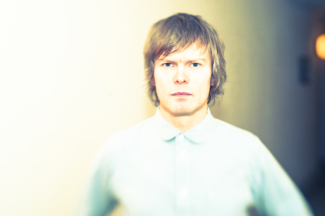 British DJ and producer Anthony Child, aka Surgeon, will be the star of the Spring edition of Echoes. The work of this respected British musician is characterized by dark, minimalist compositions with experimental overtones.

His early albums from the 1990s are ranked among the most important techno recordings ever made.
Child’s live performance at Fléda will feature material drawn from his current award-winning work – a pair of EPs, Raw Trax 1 and 2 (2019), and particularly the 2018 album Luminosity Device. “I was trying to create a techno album viewed through a psychedelic lens,” he explained to the website The Wire. Inspired by the Tibetan Book of the Dead, the recording offers a transcendental dance experience. “In its sequencing, it also suggests a sense of passage – from tranquil repose to dark momentum to frenzied reckoning and finally an arrival at some kind of enlightenment,” highlighted Pitchfork magazine, similar to The Quietus.