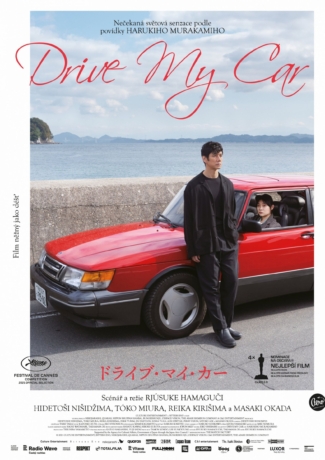 The film is nominated for 4 Academy Awards, including Best Picture, Best director and Best adapted screenplay.

Having withdrawn from life, following a series of tragedies that scarred him for life, grief-stricken Tokyo-based stage actor and theatre director Yusuke accepts an invitation to direct an experimental multilingual production of Anton Chekhov’s Uncle Vanya. But there’s a catch. For the sake of safety, innovative Yusuke must agree to have a chauffeur and part with his shrine of solitude and freedom: his beloved, cherry red 1987 Saab 900 Turbo. Now, against the backdrop of deep-seated sadness, shallow infidelities, long rehearsals, and Hiroshima’s seductive roads, a tentative friendship between Yusuke and his introverted young driver Misaki begins to form, sharing the same regret for the past and life’s missed opportunities. And little by little, the confined space of the car becomes a temple of isolation, haunted by the tape recordings of Yusuke’s screenwriter wife, Oto. Can the path of loss and loneliness lead to enlightenment and catharsis?