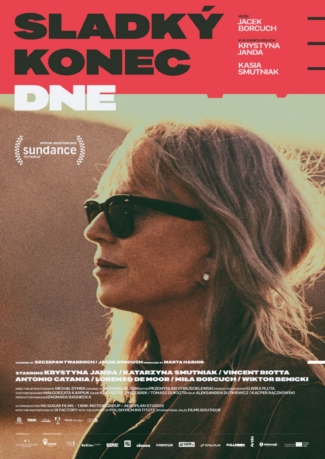 Maria Linde is a Polish woman descendant of immigrant Jews who lives since her childhood in a peaceful village of the Italian Tuscan with her husband Antonio, where they usually receive the visit of their daughter Anna, their son-in-law Mina and their grandchildren Elena and Salvatore, making parties for family and friends. Maria, a free-spirited poetess with decades of carrier, learns about she as Nobel Prize-winner for literature by her work and poems. But this charming and perfect life ends suddenly when she realizes about a bloody terrorist attack happened in Rome. Maria is called to make a speech of appreciation by the Nobel Prize in the town hall in front of the Mayor and the rest of the town, but puzzled and disturbed about the attack she makes a speech rejecting unexpectedly the prize due the attack, making in addition a controversial comment about it. With everyone surprised and affected, all around Maria starts to crumble down: feeling attracted by young Muslim immigrant Nazeer, owner of a bar in the downtown, Anna is worried by how this new love interest of her mother it could affect her father; the own Antonio questions himself to leave Maria for going with Anna, Mina, Elena and Salvatore for a time, and Lodovici, police captain of the town, feels very disgusted with Maria, hoping as the rest of the people an apology from her by her hurting words. But Maria refuses to do it, not measuring the consequences of her acts.