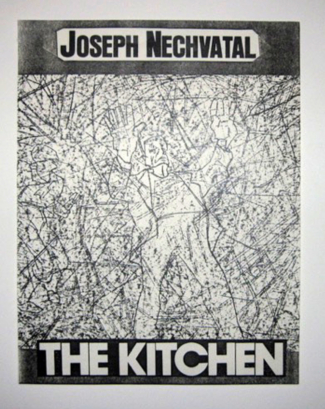 Joseph Nechvatal (b. 1951, Chicago) has been interested in robotics, the possibilities of everyday computers and artificial intelligence since the 1980s, and has created animations and paintings in equal collaboration with these technologies. He often experiments with custom-created computer viruses and uses their creative strategies in the artwork.
⠀
Joseph Nechvatal studied art and philosophy at Cornell and Columbia Universities and Southern Illinois University Carbondale. He also taught art theory and history at the School of Visual Arts in New York City. He has been part of several interdisciplinary art groups such as Colab and ABC No Rio. In the 1980s, he co-founded the avant-garde electronic music audio project Tellus Audio Cassette Magazine and collaborated on XS: The Opera Opus with composer Rhys Chatham – the first musical director of the legendary The Kitchen in New York City. He has exhibited in many countries – one of his first solo exhibitions took place at The Kitchen in NYC in 1982. His computer paintings were featured in the 1987 Documenta 8 contemporary art exhibition.

The project is realized with the financial help of the Statutory City of Brno and the Ministery of culture Czech Republic.