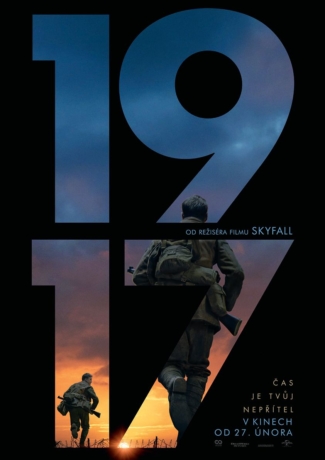 It’s been already three devastating years into the costly World War I, and the Imperial German Army seems to have retreated from their position in the battle-scarred Western Front–an elaborate scheme designed to lure the Allies into a deadly trap. On April 6, 1917–with the lives of 1,600 fellow soldiers hanging by a thread–the best friends and British Army Lance Corporals, Tom Blake and Will Schofield, undertake a peril-laden mission to hand-deliver an urgent, life-saving message to Colonel MacKenzie’s Second Battalion of the Devonshire line infantry regiment. With this in mind, amid the horrors of an uncannily silent no man’s land, the young brothers-in-arms must traverse nine long miles of hostile enemy terrain in the French countryside, to reach the 2nd Devons in time and call off the imminent attack. Now, two ordinary troopers walk into certain death. What makes a true hero?