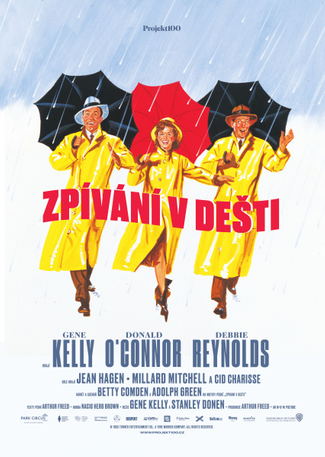 Singin‘ in the Rain

Dig in your closet for your favourite blanket and bring it to the gardens of Villa Löw-Beer. During the months of July and August Villa Löw-Beer will be hosting projections of summer films – all arranged by Kino Art. You can look forward to carefully selected film hits projected under the starry sky in the original joint gardens of two iconic villas.

In 1927, the former stunt Don Lockwood becomes a successful actor with the company of his best friend Cosmo Brown forming a romantic pair with the actress Lina Lamont. In the period of transition from silent movies to talking pictures, Don accidentally meets the aspirant actress Kathy Selden while escaping from his fans and fall in love for her. Lina has troubles with the sharp tune of her voice, and Cosmo and Don decide to dub her, using Kathy’s voice, to save their movie. When the jealous Lina finds out the strategy of the studio, she does not want to share the credits with Kathy and tries to force the studio to use Kathy in the shadow to dub her in other productions. But when Lina decides to speech and sing to the audience, the truth arises.